The UN's Libya envoy, Martin Kobler, has spoken in support of German troops training Libyan soldiers. Of his working style, Kobler said he needed to strike a balance between risk-aversion and being like "Rambo." 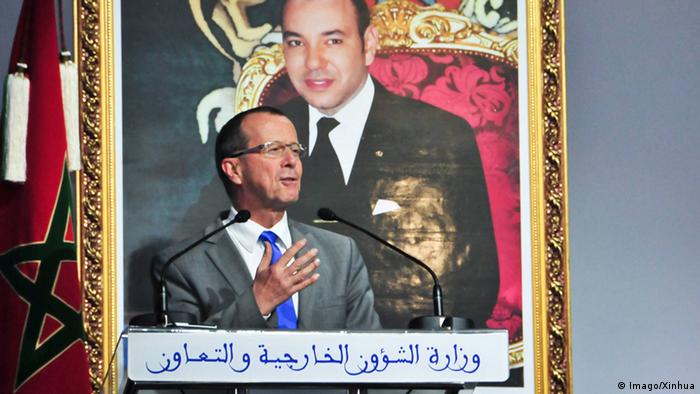 "As soon as the security situation is better in the country, I can imagine that Germany will participate in the training of security officers in Libya," Kobler told the weekly "Bild am Sonntag" newspaper.

It's been four years since the fall of dictator Muammar Gaddafi and the ensuing instability and lawlessness has made the North African nation a hub for people smugglers and also helped "Islamic State" (IS) militants gain a foothold.

The German diplomat also did not exclude a possible international troop deployment in Libya against the IS militants who have also taken over large swathes of northern Iraq and Syria with the aim of establishing a caliphate based on Sharia law.

The UN envoy was still based in the Tunisian capital of Tunis, but said he would move to Libya in a few days. "I will move with a small team of employees to Libya as soon as possible," he told reporters.

Kobler, who was earlier leading the UN's peacekeeping mission in the Democratic Republic of Congo, elaborated on his style of work, saying "one should not completely avoid taking risks, but one need not move around like Rambo either."

Libya has had two rival governments. One of these has its headquarters in the former capital of Tripoli, while the other, internationally recognized government is based in the country's east. Both are supported by former rebels and militias.

In December, the two governments signed an initial UN-brokered agreement to form a unity government with the aim of bringing back peace in the country.

At least 40 African countries print their money in the UK, France and Germany — decades after independence, raising questions about self-sufficiency. DW examines what prompts them to outsource their currency production.