While Russian troops continue to assault Ukrainian cities amid stiff resistance from locals, Kyiv seems to have won the battle of narratives, the Canadian author says. 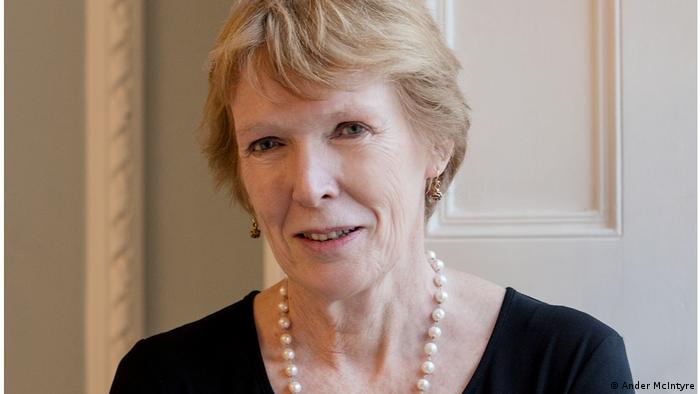 Canadian historian and author Margaret MacMillan has written numerous books, including those that focus on wars and their repercussions. Among them are "Paris 1919: Six Months That Changed the World" (2001) — for which she became the first woman to win the Samuel Johnson Prize — and "The War That Ended Peace: The Road to 1914" (2013).

In 2020, she published "War: How Conflict Shaped Us," which topped major bestseller lists and was one of The New York Times' 10 Best Books of the Year.

In "War," MacMillan explores how and why human beings organize and wage war, and the political, economic and cultural changes to society — both negative and positive — brought on by war.

In an interview with DW, MacMillan, who is the Engelsberg Chair in History and International Affairs at the London School of Economics IDEAS, shares her views on Russian President Vladimir Putin's motivations for waging war against Ukraine; social media as a new propaganda tool; and why nuclear energy still matters — despite its risks.

DW: Why is war often initiated by specific individuals, such as in this case Vladimir Putin?

Margaret MacMillan: I've never agreed with the biological explanation that we have something in our biology that makes us want to fight because random violence, if we fight each other, that's not war. You know, two men fight outside of a bar. That's not war. That's just violence. 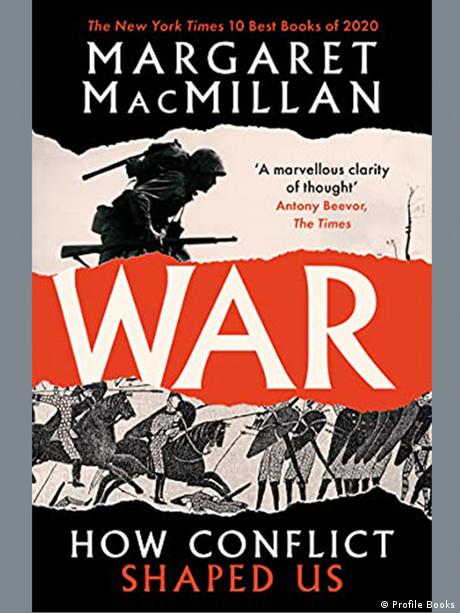 I think Putin is certainly motivated by some weird form of Russian nationalism. People have fought in the past for religion or ideologies, revolutionary ideologies, whatever. But often it does take someone to say, "Yes, we're going to war." How you go to war and when you go to war is affected by your society.

And so in democracies, the prime minister can't just say, we're going to war. There are controls. The American president cannot declare war. It has to get through Congress. And in a democracy, it would be very foolish if you were prime minister or president to take the country to war if it's unpopular. And we've seen what happens when that happens. But in an autocracy like Russia, where Putin has, I wouldn't say total control, but he has control over all the institutions of state: he controls the intelligence services, he controls the military power and the Duma is a rubber stamp. I mean, it amounts to nothing, and it is his decision, I think.

I really do think this is Putin's war. Just as I think the Second World War in Europe was Hitler's war.

How important a role does rhetoric and dialogue play in averting crises such as these?

I suppose it can if the other side is prepared to issue the threats, but it needs to issue — and in this case, the West didn't. I think they were still trying to find a diplomatic solution. And so that procession of leaders from [French President] Emmanuel Macron to Liz Truss, the British foreign secretary, going to Moscow to try and persuade Putin to look for a peaceful solution. Who knows if they had said very clearly, "If you do this…?" But the problem is democracies never quite know what they're going to do until the moment comes.

What do you make of the new "battle of the narratives" on social media?

There's always been a battle of the narratives. Propaganda has always been important in war. If you look at the columns, the Romans put up. Or the coins they stamped with emperors' heads. These were to show the might of Rome.

Napoleon [Bonaparte] was very conscious of the power of propaganda. All those pictures he had of himself on horseback riding across the Alps, for example, on battlefields. These were widely distributed, and they were a way of marking his power and intimidating his enemies.

So, I think in various ways, propaganda, trying to use information to undermine the enemy or to win over people, has always been part of war. But it's the means of propaganda, they change as technology changes. In World War I, the two sides dropped leaflets on each other by airplane, or they fired them out of shells because that was the way of reaching the other side. In World War II, they used broadcast to reach the other side. And now social media has become the vehicle for trying to undermine the enemy and trying to rally your own people.

And so far, I think the Ukrainians have won the information war hands down. And the narrative is believed, and I think it's being believed even in Russia. They've been so skillful at, for example, using captured soldiers to speak to their mothers. Or using Facebook to show the Russian families that their sons are OK. The Russian narrative is getting crazier and crazier, if I may say so.

I mean, the government of Ukraine are drug addicts? That Russia invaded to stop Ukraine getting nuclear weapons? I mean, Ukraine gave up nuclear weapons voluntarily in the 1990s. It seems to me as not being very effective, is it?

How much of an impact can pressure from cultural actors have on states waging war?

Very little while the war is going on. They can put pressure on states who are following policies that the outside world disapproves of. There was a sports boycott of South Africa during apartheid, which actually did affect South Africans, particularly those who are crazy about sports, which is a lot of South Africans. It may make those who're doing the boycotting feel that it's something; it's a gesture. But is it going to make the Russian leadership think again? I think, highly unlikely.

The world woke up last Friday to the grim reality of Russia attacking the Zaporizhzhia nuclear plant. It may be too soon to ask, but is there any lesson here for us?

I hope it won't turn people against nuclear power because when this war is over, we're still going to have to worry about climate change. And this is something we need to think very seriously about. And how we try and strengthen the International Atomic Energy Agency, which now governs nuclear power plants, and it has actually asked to go in and look at this power plant.

We're going to have to seriously consider whether we continue to build nuclear power plants, and ways of protecting them when war breaks out. But in my view, we have to think about nuclear power because we cannot go on relying on fossil fuel.

This interview was conducted by Brenda Haas

Ukraine: Attacks on nuclear plants not banned by international law 19.08.2022

Since Russian forces occupied Europe's largest nuclear power plant in March 2022, the situation has deteriorated and the site has repeatedly been shelled. DW correspondent Jan-Philipp Scholz spoke with an engineer who fled the plant — and learned disturbing details.