The decision to cut access to the social media giant came over alleged "discrimination toward Russian media." 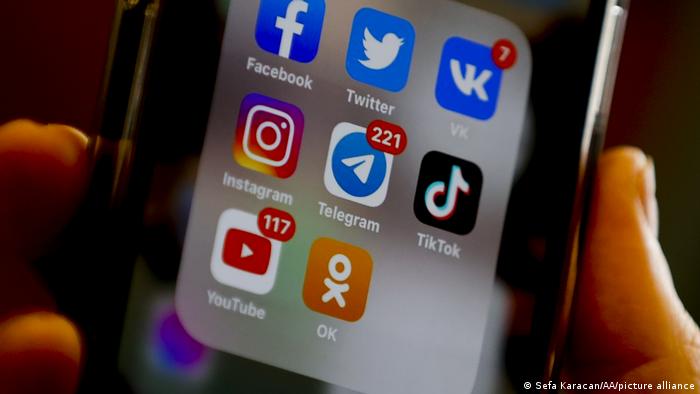 Roskomnadzor cited "26 instances of discrimination toward Russian media" by Facebook as the reason behind the decision.

Russian news agencies report access to Twitter has been restricted in Russia. Meanwhile, other reports suggest travel site Booking.com can no longer be used to book accommodation inside the country.

It comes just over a week after Russia invaded its neighbor Ukraine. Several US and EU countries have since suspended or ended their commercial activities in the country.

Meta Platforms, which owns Facebook, said it will do anything it can to restore the service.

Its president of global affairs and former UK deputy prime minister, Nick Clegg, said in a statement: "Soon millions of ordinary Russians will find themselves cut off from reliable information, deprived of their everyday ways of connecting with family and friends and silenced from speaking out."

Russia's decision to block Meta's Facebook is part of a broader effort to choke off information to its citizens, according to the White House.

Restrictions on independent media in Russia

A number of international news websites, including DW, the BBC and Meduza, are also no longer accessible in Russia.

On Thursday, one of Russia's last independent news outlets, TV Rain, stopped broadcasting after coming under pressure for its coverage of the invasion.

On Friday, Russian President Vladimir Putin signed into law a bill introducing jail terms of up to 15 years for the spread of fake news about the country's armed forces.

Putin also signed legislation that would allow fines or jail time for calling for sanctions against Russia with Moscow facing unprecedented economic penalties from Western capitals over the invasion.

Since the start of the war, Russian journalists have not been allowed to use certain words such as war, invasion and attack instead of having to call it a "special military operation."