From Russia with haste: Mass exodus of companies over Ukraine invasion | Business | Economy and finance news from a German perspective | DW | 02.03.2022

From Russia with haste: Mass exodus of companies over Ukraine invasion

Horror over Russia's Ukraine invasion has hardened opinion in the West, prompting a major flight of capital. Several US and European companies have suspended or ended commercial activity in the country. 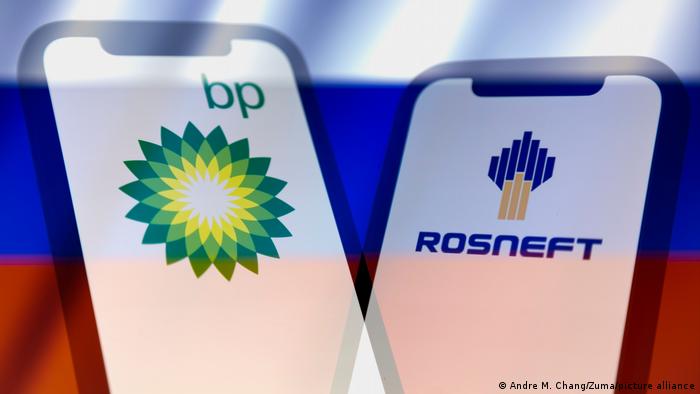 Outrage over Russia's brutal invasion of Ukraine has prompted foreign companies to drastically rethink their commercial relationship with the country.

In the week since Russia invaded, several companies have already announced plans to leave, while many others are reviewing their business relationships and commercial endeavors there.

The exodus comes as Western sanctions target Russian banks and the country's access to the SWIFT international payment system, prompting huge losses to the ruble, which hit record lows.

In response on Tuesday, Russia announced a temporary ban on foreign investors selling Russian assets. "In the current sanction situation foreign entrepreneurs are forced to be guided, not by economic factors, but to make decisions under political pressure," Russia's Prime Minister Mikhail Mishustin said.

However, details of how the ban would work in practice and exactly who it would affect have not yet been provided.

Here's a look at some of the most significant announcements made by companies with regard to Russia so far.

The energy sector is by far Russia's biggest, and the most significant announcements so far concern it.

BP, the United Kingdom's oil major, announced at the weekend that it would exit its 19.75% stake in Rosneft, Russia's state-owned energy giant. That stake makes BP the largest foreign investor in Russia and ditching it could result in a $25 billion write-off.

A day after BP's announcement, Shell also confirmed it would exit its Russian operations. Shell's decision means pulling out of its 27.5% stake in the Sakhalin 2 liquefied natural gas plant, which is 50% owned by Gazprom. Shell is the world's largest LNG trader.

Another European energy firm, the Norwegian state-backed Equinor, said on Monday it would begin the process of ending its joint ventures in Russia. The company has been in Russia for more than 30 years and had worked closely with Rosneft.

On Tuesday, Exxon Mobil announced it would exit its Russian gas and oil concerns, worth around $4 billion. France's TotalEnergies says it will no longer provide funding for new Russian projects, but it will remain active in the country.

Industrial conglomerate Siemens suspended much of its business operations in Russia on Wednesday, the most significant move yet by a German company.

The company said it had "put all new business in and international deliveries to Russia on hold". Russia accounts for just 1% of Siemens' global sales but the company has had a presence in the country for 170 years and Russia once accounted for the vast majority of its business. It employs several thousand people in Russia.

Siemens Energy, a spin-off company, says it will also stop all new business in the country.

In his State of the Union address on Tuesday night, United States President Joe Biden confirmed that the US was joining the EU and Canada in banning Russian flights from its airspace, further hitting the country's aviation sector.

Boeing says it is suspending major operations in Russia, including parts, maintenance and technical support for airlines in the country. Boeing's European rival Airbus followed its American counterpart on Wednesday, saying it has "suspended support services to Russian airlines, as well as the supply of spare parts to the country."

Shipping group Maersk says it will temporarily halt all container shipping to and from Russia.

Those moves came as several other iconic US brands announced some kind of Russian withdrawal on Tuesday. Apple says it has stopped sales of its physical products in the country, including iPhones. It has also disabled traffic and live incidents on its maps app "as a safety and precautionary measure for Ukrainian citizens." The company has also limited its Apple Pay service. 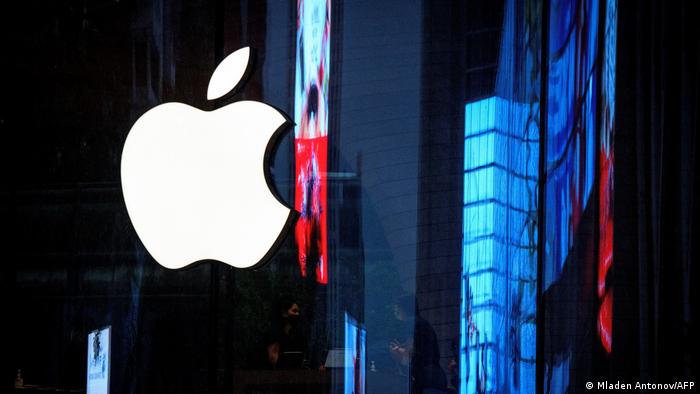 Apple has suspended sales of its physical products in Russia

Meanwhile, in lockstep with the financial sanctions imposed by governments, US payment card firms Visa and Mastercard have blocked several Russian financial institutions from their global networks.

Some legal, accounting and consulting firms are also reviewing Russian operations but have faced criticism for not withdrawing from the country.

KPMG says it will end some client relationships to "comply with all new laws." McKinsey says it will no longer work with any Russian government entities, but is not pulling out of the country.

Several carmakers have also taken actions in Russia. Ford is suspending its joint venture with van-maker JV. That announcement follows moves by General Motors and Germany's Daimler Truck to suspend operations in the country. GM has suspended vehicle exports to Russia, following Sweden's Volvo, which was the first international carmaker to suspend exports to the country. French carmaker Renault says it will suspend some operations at assembly plants in Russia next week.

Germany's BMW has both paused exports and will stop production in Russia, while Volkswagen has announced a suspension of deliveries of cars already in Russia to local dealerships. However, the company has a plant in Russia and so far, has given no indication it will close.

How sanctions are hurting the Russian economy

Several entertainment companies are also cutting activity in Russia. Hollywood studios Disney, Warner Bros., and Sony Pictures have suspended the release of upcoming movies which were due to come out in Russia this month.

Meanwhile, Netflix says it will not comply with new Russian rules to carry 20 state-backed channels on its platform in the country. The new rules for Netflix in Russia were due to come into effect on March 1, when the online streaming platform was to come under the umbrella of Russian communications regulator Roskomnadzor, obliging it to carry state-backed broadcasts.

In light of Russia's invasion in Ukraine, analysts are trying to make unprecedentedly difficult assessments of the energy sector. New interconnections will be even more important.