"I never thought something like this could happen again." They survived the Holocaust and World War II — now they are fleeing Ukraine to Germany. 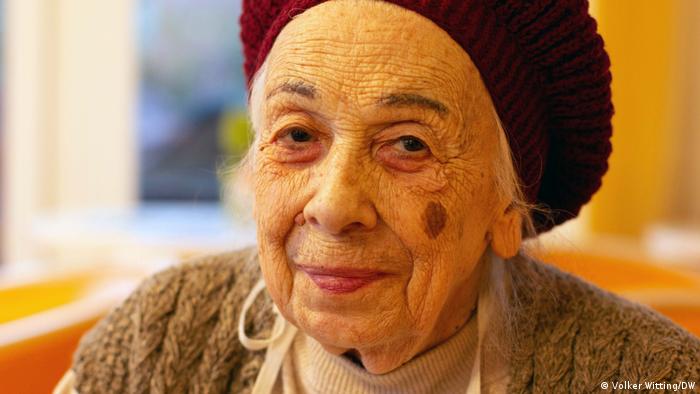 Alla Senelnikova says she would like to return to Ukraine

They came with whatever they could carry: a small suitcase, a travel bag, photos, an address book, a cellphone and all the memories of a very long life. Completely exhausted, three elderly women got out of the large Red Cross hospital bus; one was brought out on a stretcher by paramedics.

The passengers, Jewish Holocaust survivors who have fled Russia's invasion of Ukraine, are welcomed by care home director Thomas Böhlke — without a grand reception ceremony, without fanfare, "because everyone is just exhausted now," he said.

The women had three days of strenuous travel behind them, an odyssey to survive and leave behind the trauma of the second war they'd been through in their lives. Their temporary new home is now a residence for older people in Berlin, in Germany of all places. Its name translates to "Fulfilled Life." 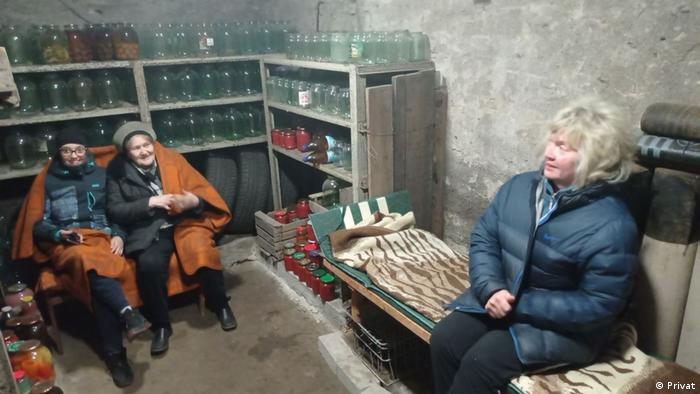 Back in Ukraine, Liliya Vaksman had to hide in the basement

Liliya Vaksman immediately called her grandson Dan, who has been living and working in Berlin for several months. He rushed to the home to meet and hug her.

"I love you so much," Vaksman told Dan. Both were close to tears.

Vaksman was evacuated from the embattled city of Dnipro. As a child, she experienced Wold War II, persecution and being forced to flee home. And now, at 82, she has again.

"I'm just shocked by what's happening in Ukraine now," Vaksman said. "I just can't believe the same thing is happening again now as when I was a kid."

In Ukraine, survival is becoming increasingly difficult for elderly people. Many can no longer cope by themselves: Water is scarce, food is lacking. Water and electricity often fail in war zones. Nurses and relatives can no longer come to their aid because Russian troops are dropping bombs on apartment buildings.

"I basically regret that I'm still alive because this is now the second time I have to experience a war," said 90-year-old Alla Senelnikova, a retired doctor from the embattled city of Kharkiv. 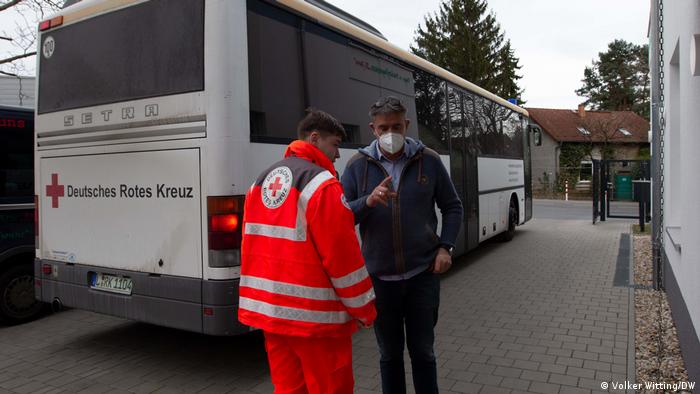 Some evacuations have to be done by medical services

The evacuation, in which German ministries, authorities and aid organizations are also involved, began this week. "To date, there have been about 30 evacuations, and another 20 are in the pipeline, so we're talking about 50 evacuations that we're currently carrying out," Aron Schuster told DW. He is the director of the Central Jewish Welfare Office and one of the coordinators of the relief effort.

About 400 people are in need of care, Schuster said. And help and assistance is to be offered to each of them should they want it. A total of about 10,000 Holocaust survivors are estimated to live in Ukraine, Schuster said. Quite a few of them survived Nazi concentration camps.

The Holocaust survivors have fled an invasion launched by Russian President Vladimir Putin and found sanctuary in Germany. In World War II, Russia was the liberator, and Germany's Adolf Hitler sought to erase Jewish life and culture; under his leadership the Nazis systematically murdered 6 million Jews.

For some Holocaust survivors, Schuster said, it is a "particular challenge" to emigrate to the country of the former perpetrators. But, given the current situation in Ukraine, most are just grateful that the opportunity to escape exists.

"She's just happy to be safe now," Larysa Sheherbyna said of her mother, who has dementia. Even during the Holocaust, Sheherbyna said, "there were people who hid Jews and risked their lives: It's not like everyone was a fascist in Germany during the Nazi years." 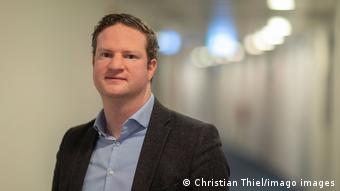 The care home has taken in eight Holocaust survivors and some of their relatives. There really isn't any space left, Böhlke said, "but somehow we would also accommodate more people: We have a historic responsibility."

The survivors say they do not want to end up stranded in Germany. Most would like to go back to their homeland, to Ukraine.

For now, though, Dr. Senelnikova said she was just happy "that I was welcomed here so humanely." Her fellow travelers, who have also escaped war for the second time in their lives, agree with that.