Ukrainian separatist leader Alexander Zakharchenko has been laid to rest after he was killed in a cafe bombing on Friday. Russian President Vladimir Putin's aide Vladislav Surkov described Zakharchenko as a "brother." 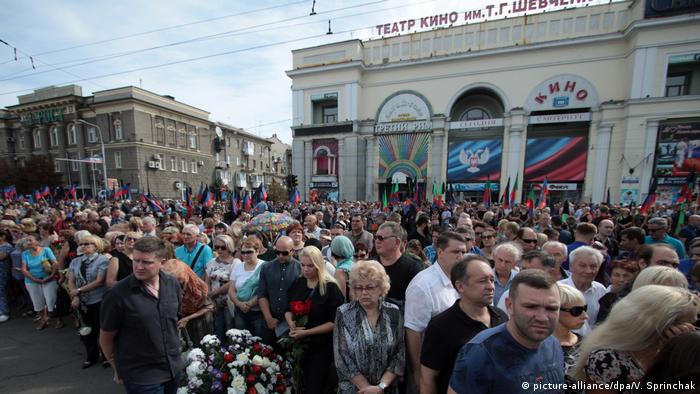 Tens of thousands of mourners paid their respects to Ukrainian separatist leader Alexander Zakharchenko in the rebel-stronghold of Donetsk on Friday.

Zakharchenko, the 42-year-old chief of the self-proclaimed Donetsk People's Republic, was killed in a bomb attack at a Donetsk cafe on Friday, becoming the four-year conflict's most high-profile killing in the Moscow-backed side.

His bodyguard also died during the attack and 12 people were injured.

A representative of the local authorities estimated that about 100,000 people came to pay their respects, while a correspondent from French news agency AFP said the number was closer to 30,000. 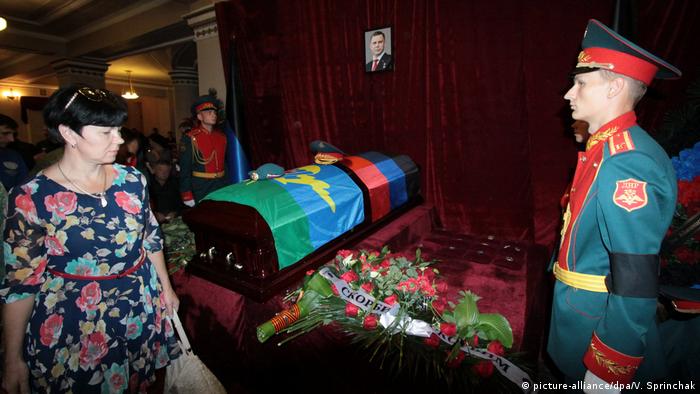 Huge billboards could be seen the city centre emblazoned with pictures of Zakharchenko and his quotes, such as: "All of us have one Motherland — Russia."

"You are a great guy, a true hero and it's a huge honor to be your friend," said Surkov, calling Zakharchenko Sasha, a diminutive form of his first name.

'We will not accept it '

Moscow and separatist leaders said Kiev was behind the assassination, while Ukraine said the bombing was linked to internal feuding and Russia's desire to control the territory.

"We will not accept it and will continue the fight with all available means," said Pushilin.

Putin's spokesman Dmitry Peskov and Russian Foreign Minister Sergei Lavrov have said the high-profile murder was a provocation and would derail the long-stalled, Western-brokered peace process.