Bomb attacks, ambushes, mysterious illnesses — militant leaders in eastern Ukraine often die in violent and dramatic ways, even far away from the front line. And now, Alexander Zakharchenko has died in a bomb blast. 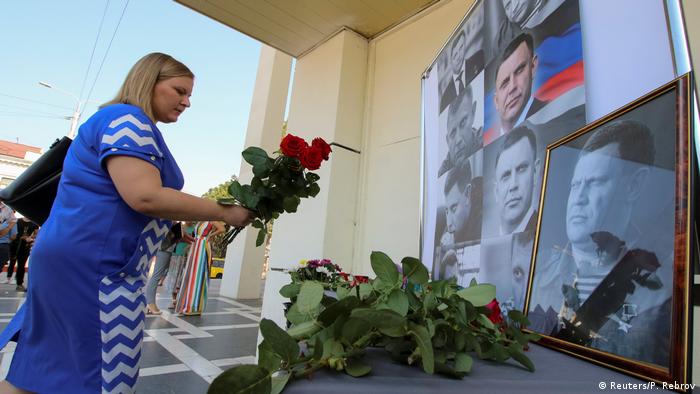 Rebels in Ukraine are still reeling from the assassination of the head of the self-proclaimed "Donetsk People's Republic," Alexander Zakharchenko, who was killed by a bomb blast on August 31 while sitting in a coffee shop in downtown Donetsk. The entity's "finance minister" and a youth leader were injured in the attack. The rebels say they captured "Ukrainian operatives" after the bombing.

Russian news site Lenta.ru tweeted the CCTV video showing the moment of the blast, which had been published by state-funded Rossiya 1.

However, 42-year-old Zakharchenko is only the latest in a line of rebel commanders who have died in dramatic ways. Another Donetsk leader, Vladimir Makovich, briefly served as the "vice speaker" of the rebel assembly in 2014 before fading into the background of the rebel administration. He died in 2017, with the official cause of death being a brain tumor. He was 54 years old.

Shot during an ambush

Just a few months before Makovich's passing, battalion commander Mikhail Tolstykh was killed when someone fired an incendiary rocket at his office outside Donetsk. Tolstykh, better known by his nom de guerre "Givi," was 36 at the time. 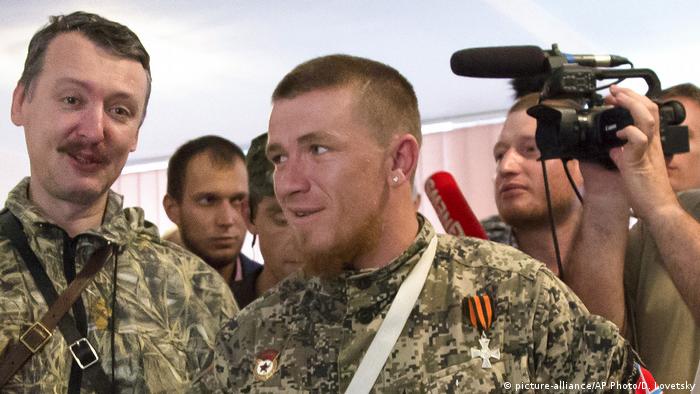 In 2016, top militant leader Arsen Pavlov, also known as "Motorola," was killed when a bomb was placed in an elevator of his apartment building. The Russian-born warlord was 33, and the commander of the so-called "Sparta" battalion. Rebel officials blamed both of the commanders' deaths on "Ukrainian operatives." Kyiv denied any involvement and pointed the finger at Moscow, describing such attacks as Russia-sponsored "purges."

All in all, nearly a dozen high-ranking militants were killed in the last three years. Others faced unexpected diseases. The first leader of the "Luhansk People's Republic," Valeri Bolotov, 46, died in early 2017 while in his Moscow apartment. Heart failure was the reported cause of death, but some media outlets speculated that the politician had been poisoned. Bolotov had resigned his Luhansk function as early as August 2014 and had lived away from the public eye until his death.

Bolotov's close aide Gennadiy Tsypkalov, 43, reportedly killed himself in 2016 while in custody. He was being investigated over an alleged coup attempt. Tsypkalov's death also sparked rumors that the politician, who once served as prime minister of the Luhansk-based entity, was murdered.

Trading blame between Kyiv and Moscow

The attack that claimed the life of Zakharchenko has once again set off a spiral of accusations between Kyiv and Moscow. Russia quickly stated it has "all reasons to believe" that Ukraine was behind the blast. This was corroborated by rebels, who referred to the suspects they had in custody.

In turn, the Ukrainian security service SBU put forward two theories about Zakharchenko's assassination, saying that he might have been killed due to a power struggle between the warlords or that he may have been removed by Russian agents after falling from Moscow's grace.

Zakharchenko is unlikely to be the last rebel leader to die a violent death in the Ukraine fighting, which has already claimed over 10,000 lives.