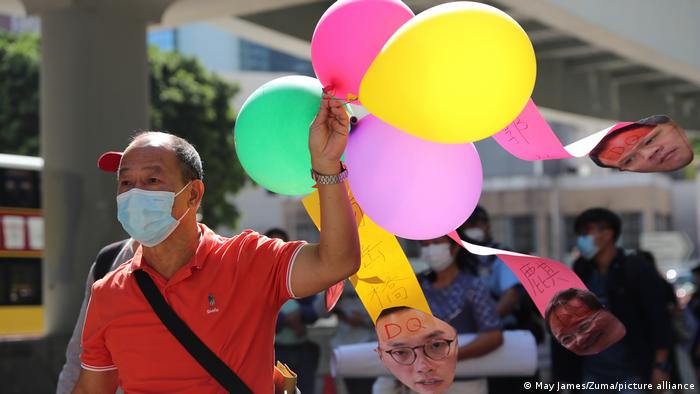 Britain accused China on Thursday of breaking its promises under a deal that returned Hong Kong to Chinese rule in 1997.

It comes after Hong Kong's Beijing-backed government expelled four opposition members from Parliament on Wednesday. It said the lawmakers had threatened national security.

The remaining 15 members of the pro-democracy bloc in Hong Kong's legislature said they would resign in protest. It means there will only be two opposition members left in the 70-seat legislature.

"China has once again broken its promises and undermined Hong Kong's high degree of autonomy," he said. 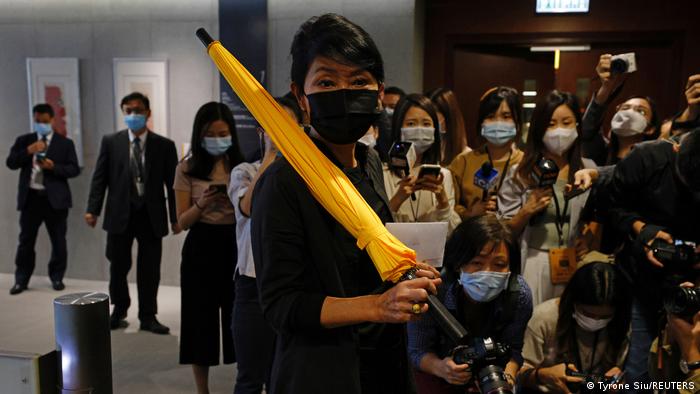 Pro-democracy legislator Claudia Mo holds a yellow umbrella, the symbol of the Occupy Central movement, and her resignation letter

What is the relevance of Hong Kong to Britain?

Britain handed power over its former colony to China 1997. The UK signed a treaty with China in 1984 in which Beijing pledged to respect Hong Kong's independence.

Under the terms of the handover between Britain and China, both countries agreed Hong Kong should have its own legal system, and that fundamental rights such as freedom of assembly and free speech would be guaranteed for 50 years.

The "one country, two systems" principle — named so because such rights do not exist elsewhere in China — is enshrined in Hong Kong's Basic Law.

Raab's criticism was echoed by EU leaders, who slammed "the arbitrary decision" in a joint statement.

"These latest steps constitute a further severe blow to political pluralism and freedom of opinion in Hong Kong," the bloc said.

Beijing moved to restrict freedoms earlier this year when it passed a new national security law that criminalises 'subversion' or 'collusion with foreign or external forces.'

Hong Kong has been rocked by protests since last year after its chief executive Carrie Lam produced a controversial extradition bill that made it easier for protesters to be sent for trial in mainland China.

Opinion: Hong Kong's rule of law is at its end