Ankara has inked a defense deal with Moscow that could further stretch ties with its NATO allies. How will they react? And could the deal still be reversed? Teri Schultz reports from Brussels. 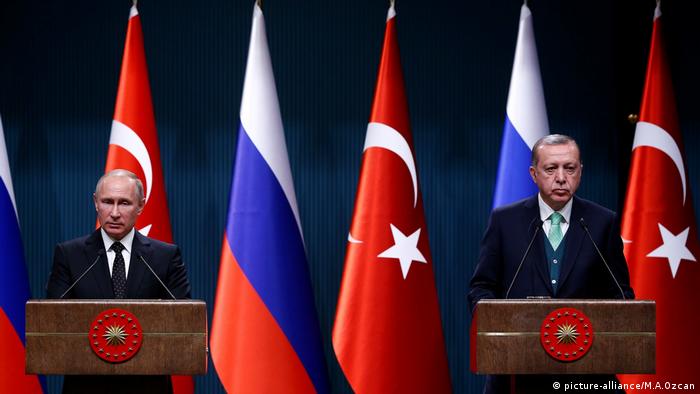 As relations continue to fray over the clashes between Turkey and American-backed Kurdish forces in the northwestern Syrian region of Afrin, Ankara's ties with Moscow are strengthening, exacerbating the tension with Washington.

Despite months of warnings from NATO allies both publicly and privately, Turkish President Recep Tayyip Erdogan has finalized his decision to upgrade his country's air defense with a $2.5 billion (€2.03 billion) investment in a Russian surface-to-air missile system, the S-400 "Triumf."

It's not clear whether the Turkey-Russia sale is past the point of no return. Even NATO Secretary-General Jens Stoltenberg wouldn't hazard a guess ahead of this week's defense ministers' meeting. He said Turkey needs to clarify the status of the contract.

Stoltenberg said that Ankara is also discussing missile-defense cooperation with the Franco-Italian EUROSAM consortium that came in second to Russia's bid. The US defense giant Raytheon also vied for the contract.

NATO diplomats speaking off the record due to the sensitivity of the subject said they believe the decision can still be reversed. There's a precedent for that: In 2013 Turkey announced it would choose China's Precision Machinery to supply its its first long-range air and anti-missile program. NATO allies protested vociferously and Ankara scrapped the program.

But no one should expect the same outcome this time, warned Tulin Daloglu, publisher and chief editor of the online Turkish current affairs magazine Halimiz.com. "Turkey's purchase of Russian S-400s is not a bluff," she told DW. "It is a shout out to Washington that it is crossing a red line" with its longstanding support to Kurdish groups that Ankara views as terrorist organizations, such as the Syrian Kurdish People's Protection Units (YPG) militia. 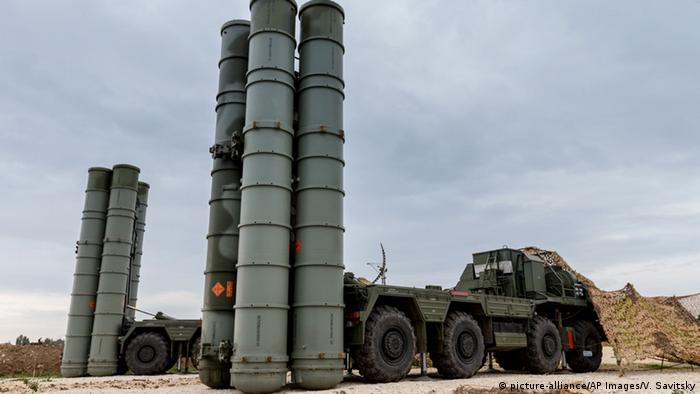 Officials speaking critically of the Turkish move are always careful to add that military purchases are any government's unilateral decision. Nonetheless, the displeasure is evident. "The principal of sovereignty obviously exists in acquisition of defense equipment," General Petr Pavel, chairman of NATO's Military Committee, said last fall, "but the same way that nations are sovereign in making their decision, they are also sovereign in facing the consequences of that decision." NATO officials were quick to explain Pavel wasn't threatening retaliation, but rather underlining that the Russian "Triumf" would be forced to stand alone in Turkey, as it could never be integrated into NATO's system.

"The objective here is not to push the envelope or to create problems for NATO itself — Turkey has other objectives," explained Sinan Ulgen, chairman of the Istanbul-based think tank, the Center for Economics and Foreign Policy Studies and a visiting scholar at Carnegie Europe. "The purchase of the S-400 came from a perceived vulnerability in Turkey's air defenses, which is real, and the Russian offer was the best one on the table in terms of its delivery and ability to address that gap. But of course this is creating problems."

Ulgen's Carnegie colleague Marc Pierini described to DW more specifically what some of those problems will be on on the practical side. He pointed out the Turkish Air Force will not know how to operate the S-400s, so they will need Russian "instructors", who Pierini envisions "camping out in Turkish Air Force headquarters," where of course there is plenty of NATO-related information.

That's not all. "In any missile interceptor you have something equivalent to the identification 'friend or foe,'" Pierini explained, "so you have to connect your airplanes to these systems so that they're not going to be shot down. So what do you do? Give access to the F-16 and F-35 operators in the Turkish Air Force to the Russians' software in these missiles? And vice versa, do you give Russian instructors access to software in the Turkish Air Force airplanes?"

Turkey and NATO — a fraught relationship 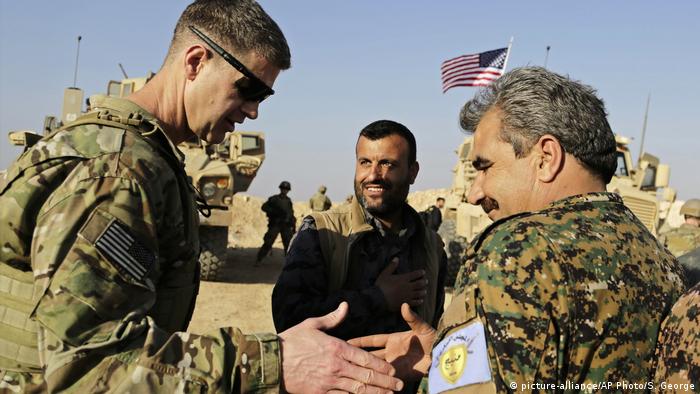 A good relationship while it lasted?

These are not inconsequential questions. Turkey's current actions have triggered animosity inside the alliance and the question whether Ankara even deserves to remain a member of NATO is making the rounds again.

Daloglu said Turkey views the current situation differently, as a conflict with Washington directly, not with the alliance. "The US support to the YPG and the arming of YPG militants is considered a direct threat to Turkey's national security," she said. "No NATO country except the US is involved on the Turkey-Syria border and the US has the ultimate say in NATO and elsewhere."

Daloglu doesn't doubt there's a serious undercurrent of ambition to get Turkey kicked out. "As long as the US-Turkey relationship continues to deteriorate, Turkey's membership to NATO could certainly be put on the table," she said. However, she added, "In such an instance, Turkey will certainly pay a price for breaking away from the alliance, but when such a marriage ends both sides suffer."