Turkey has formally withdrawn from the international accord on violence against women. President Recep Tayyip Erdogan said it was not a "step backward," while other groups insisted that was exactly the case. 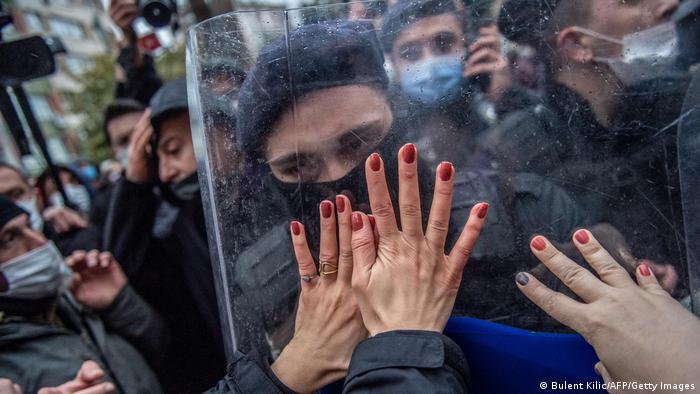 Thousands of people in Turkey took to the streets Thursday to protest the country's official withdrawal from a treaty designed to prevent violence against women.

Demonstrators have staged several protests since President Recep Tayyip Erdogan announced pulling Turkey out of the Istanbul Convention in March.

The decision came into force on Thursday.

Protesters in central Istanbul held up placards reading: "We are not giving up on the Istanbul Convention. It's not over for us."

"We are not silent, we are not afraid, we do not obey," some protesters chanted.

Later in the evening, police used tear gas to disperse the protest.

How did Erdogan defend the move?

Erdogan said some people were wrongly trying to portray the move as a "step backward" for Turkey.

"Our fight against violence against women did not begin with the Istanbul Convention and does not end with the withdrawal from this convention," he said.

Erdogan added that Turkey's laws against violence are already in place and do not distinguish religion, gender, or race. He did not mention sexual orientation.

Women in Turkey on quitting international women’s accord

Earlier this week, a Turkish court rejected an appeal to halt the withdrawal.

Three opposition parties pulled out of a parliamentary commission on Thursday to protest against the decision.

What did others say about the withdrawal?

Several rights groups have slammed Turkey's pullout since it was announced in March.

"Turkey has set the clock back 10 years for women's rights," Callamard said on Twitter.

Canan Gullu, president of the Federation of Turkish Women's Associations group, said Turkey was "shooting itself in the foot with this decision."

In the US, State Department spokesperson Ned Price called the step "deeply disappointing" and a step backward for the international effort to end violence against women.

What is the Istanbul Convention?

In 2011, The Council of Europe drafted the agreement in Istanbul.

The treaty aimed to provide a legal framework to protect women and promote gender equality through legislation, education and spreading awareness. 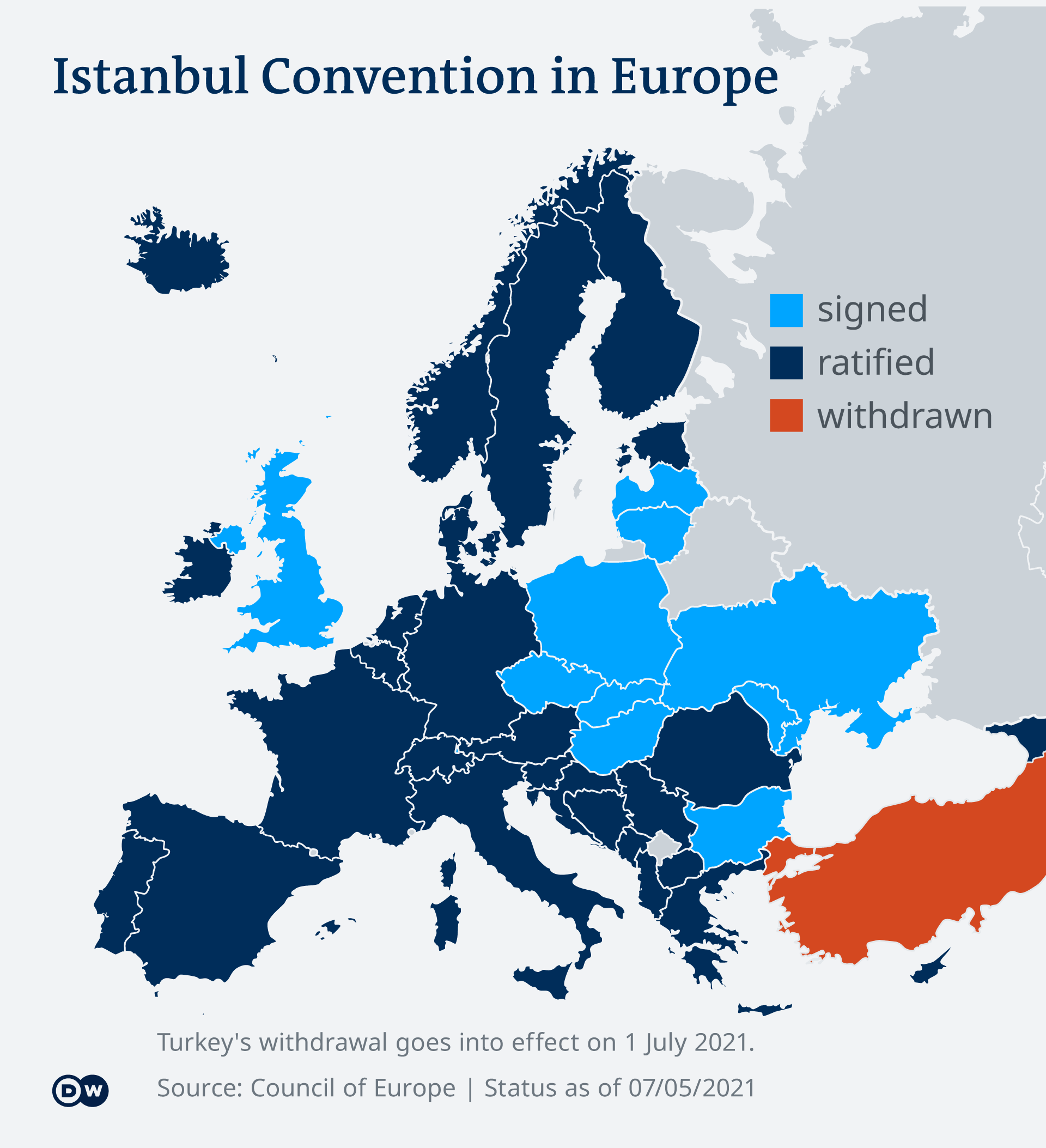 The convention was signed by 45 European countries, plus the EU as an institution

Some conservatives in Turkey deemed the accord a threat to family structures, saying it promoted homosexuality with its principle of non-discrimination on the grounds of sexual orientation.

But critics of the move say it will leave women at greater risk, noting that violence against women is prevalent in Turkey.

According to We Will Stop Femicide rights group, more than 300 women were murdered in Turkey last year.