Bizarre reasoning aside, Erdogan’s exit from Istanbul Convention is unconstitutional | World | Breaking news and perspectives from around the globe | DW | 23.03.2021

Bizarre reasoning aside, Erdogan’s exit from Istanbul Convention is unconstitutional

Turkish President Erdogan justified his decision to withdraw from the Istanbul Convention by saying it has been 'hijacked by a group attempting to normalize homosexuality.' Lawyers say the withdrawal is unconstitutional. 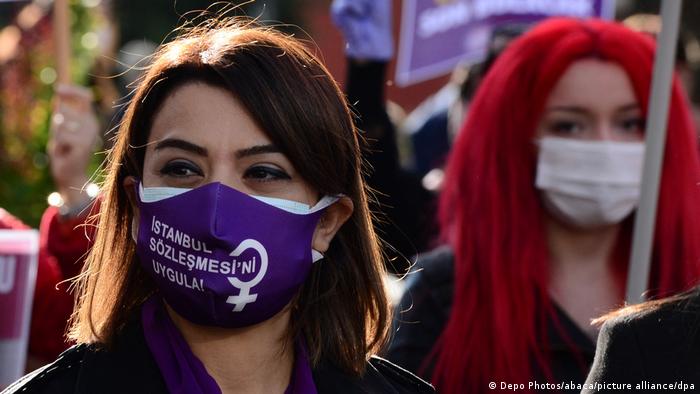 Turkey's recent decision to pull out of the Istanbul Convention, which drew international criticism, was a surprising one. The Council of Europe Convention on Preventing and Combating Violence against Women and Domestic Violence was established 2011 to prevent violence against women and prosecute perpetrators.

President Recep Tayyap Erdogan has now justified the move by saying the convention was being used by certain groups to, as he put it, "normalize homosexuality," which the government's director of communications Fahrettin Altun said in a statement was incompatible with Turkey's social and family values. 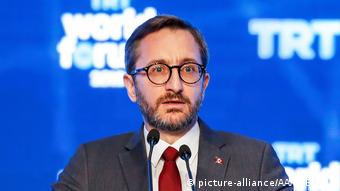 "Turkey is not the only country with concerns about the Istanbul Convention," the statement read. "Six members of the European Union (Bulgaria, Hungary, Czechia, Latvia, Lithuania and Slovakia) did not ratify the Istanbul Convention. Poland has taken steps to withdraw from the Convention, citing an attempt by the LGBT community to impose their ideas about gender on the entire society." 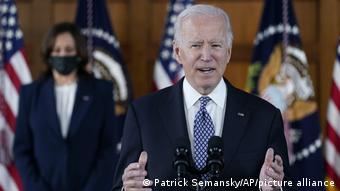 US President Joe Biden rebuked Turkey for reneging on the agreement

The Turkish leader signed the bill to leave the convention on March 20, drawing  international ire. Josep Borrell, the EU's High Representative for Foreign Affairs and Security Policy, called the move a dangerous signal to the rest of the world, while EU Commission President Ursula von der Leyen said the convention provided women with important legal protections against violence. US President Joe Biden meanwhile said he was "deeply disappointed" by the decision.

Women's groups in Turkey are equally disappointed, calling the decision both illegal and invalid. Canan Güllü, the President of the Federation of Women's Associations, told DW that the decision strips women of their right to live in a violence-free environment. "Women are being treated like a sack of garbage thrown out on the street and everyone who walks by can give it a kick. And that kick is also a bullet fired from a gun. We women will never forget this." 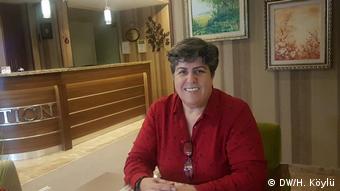 President of the Federation of Women's Associations, Canan Güllü is outraged by the move

Turkish lawyers, meanwhile, say it's very difficult to just pull out of an international accord and describe President Erdogan's unilateral move as extremely unusual. Serap Yazici, an expert on constitutional law, points out that withdrawal from such agreements must follow specific rules: Turkey's parliament must first pass a law announcing Ankara's exit from the convention before President Erdogan can act on the law.

Women, she said, should fight the president's move in court. "I invite all women to launch invalidity proceedings to stop this,” she said.

Women in Turkey on quitting international women’s accord

Her appeal was heard. An organization fighting for the rights of women and children in Turkey has already filed a suit against the government. The group is arguing that the president does not have the power to invalidate an international agreement that was passed by parliament, simply by decree.

Many in Turkey have little sympathy with President Erdogan's decision to leave the convention, especially when considering the country's high femicide rates. There is widespread criticism that too little is done to protect women in Turkey from violence.

Thanks to social media and women's groups, the pressure is now being turned up on the government, which together with law enforcement authorities refuses to acknowledge that a problem even exists - despite that fact that 300 women were killed in Turkey last year alone, according to the organization "We will stop the murder of women." An additional 171 deaths last year were flagged by the authorities as "suspicious." Many of those deaths were registered as suspected suicides.

Turkey's exit from the Istanbul Convention is a significant step backwards. Many Turkish women saw the accord as their last hope, with the international community agreeing to establish the conditions necessary to protect women from violence. Turkey ratified the pact in 2014 and by doing so, legalized such protections. But in practice, critics say, these protections are rarely enforced. Even before the president decided to leave the pact, the Istanbul Convention was failing to prevent violence against women.