Turkey to pull out of Istanbul Convention on violence against women | Europe | News and current affairs from around the continent | DW | 30.06.2021

Turkey to pull out of Istanbul Convention on violence against women

The Council of Europe framework was drawn up to protect women from physical abuse, among other things. But Turkey is determined to ditch the agreement, which rights organizations say is unlawful. 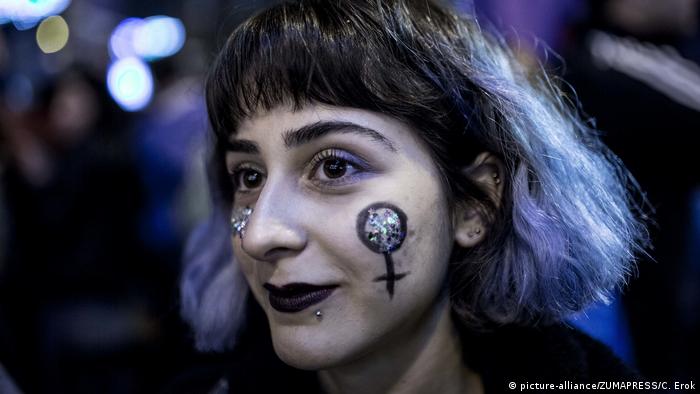 In March, Turkish President Recep Tayyip Erdogan issued a decree aimed at withdrawing his country from the Council of Europe Convention on preventing and combating violence against women and domestic violence, or Istanbul Convention for short. Turkey was the first country to sign the 2011 agreement, but is set to leave the framework for good on July 1.

Will legal action halt the withdrawal?

Turkish women's rights activists, lawyers and opposition figures, meanwhile, are still hopeful they can stop their country pulling out of the agreement. Numerous complaints were filed with the Council of State, Turkey's highest administrative court. Yet so far, it has not ruled on the matter.

Hulya Gulbahar, a lawyer with Turkey's Women's Platform for Equality, tells DW the court's refusal to rule on the issue runs counter to the rule of law. "If you want to a tear down a building tomorrow, it makes no sense to issue the permit two days later," she says. 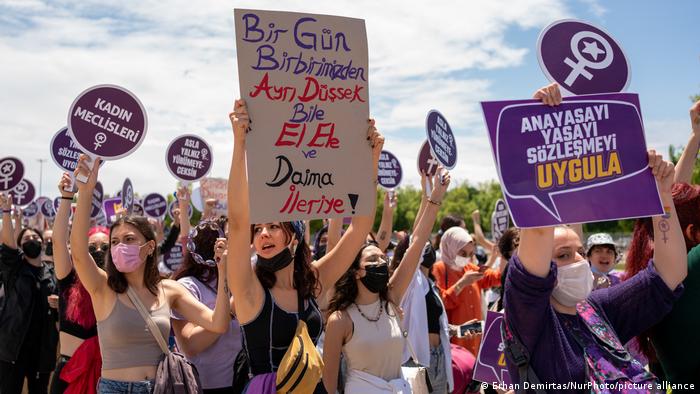 Activists are demanding that Turkey uphold the Istanbul Convention

"We filed our complaint immediately after news broke of [President Erdogan's] decree, but the Tenth Chamber of the Council of State has launched slow and arbitrary proceedings," says lawyer and women's rights activist Yelda Kocak. She has taken action against Turkey's withdrawal from the Istanbul Convention on behalf of the Workers' Party of Turkey (TIP). Turkey's department for law and legislation, however, informed them their complaint would be rejected for being "unjust and without legal basis."

Parliament should have a say

Other Turkish lawyers say Erdogan should not have issued a decree to leave the Istanbul Convention. They argue that the Turkish parliament approved the framework in 2011, and should therefore also sign off on withdrawing from it.

Hulya Gulbahar points out that Turkey's 2012 law to protect families and prevent violence against women, adopted to codify the Istanbul Convention in national legislation, will remain in place even if Tukey withdraws from the Council of Europe framework. The 2012 law is designed to protect women against violent abuse, and boost funding for women's shelters.

Gulbahar is nevertheless adamant that Turkey should uphold the Istanbul Convention, which "enshrines important principles regarding the prohibition of child marriage and recognizes stalking and violence against women as crimes." The framework also stipulates women are entitled to an education.

Gulbahar says by pulling out of the agreement, Turkey is telling the world that authorities should not step in to protect women from physical harm.

Numerous women's organizations will be staging country-wide protests on July 1, when the withdrawal decree comes into effect. One campaign group supported by several organizations has announced it will "keep making noise and taking to the streets to reverse this decision; if it is not revoked, we will revolt come July 1."

But even though Turkey ratified the Istanbul Convention in 2014, codifying it in national law, this says nothing about its effectiveness. Critics say that the principles established by the convention are not enforced in Turkey anyway.

This article was translated from Turkish and German.