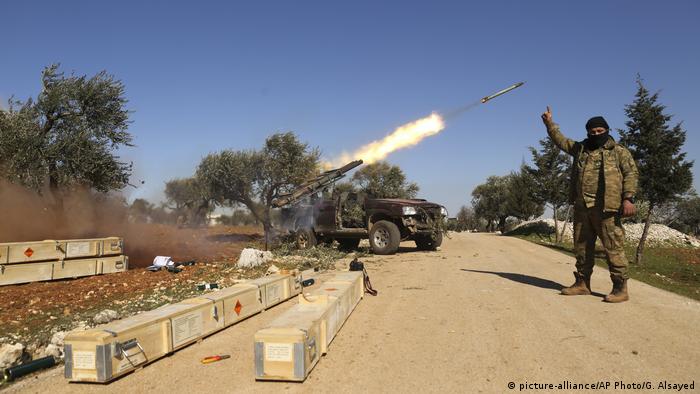 Russia and Turkey failed to reach an agreement during talks in Moscow aimed at taking steps to ease violent unrest in the Syrian province of Idlib, Russia's top diplomat said on Wednesday.

Russian Foreign Minister Sergey Lavrov said Syrian government forces, which have been undertaking an offensive in Idlib, were upholding previous agreements on the region but also reacting to provocations. Militant attacks on Syrian and Russian forces in Idlib were continuing, he said.

Russia and Turkey back opposing sides in the Syrian civil war, which is nearing its ninth year, with Moscow supporting Syrian President Bashar Assad's forces and Ankara backing some rebel groups.

"We unfortunately failed to reach the desired result in our talks with Russia," Turkish President Recep Tayyip Erdogan said. "Although the talks will continue, it is true that we are very far from meeting our demands at the table."

On Wednesday, the Turkish leader threatened to launch a military operation in the province by the end of February to force a retreat should Syria's government fail to withdraw troops posted behind Turkish military positions.

"An operation in Idlib is imminent ... We are counting down, we are making our final warnings," Erdogan told lawmakers in Turkey's parliament.

Erdogan had previously warned that Turkey would "strike everywhere" if Damascus did not pull back.

In 2018, Turkey and Russia signed an agreement to establish a de-escalation zone in Idlib, allowing both sides to set up military observation posts. Both sides have accused each other of sidestepping the agreement.

Read more: The Syrian region abandoned by the world

The talks came on the heels of Assad's Russian-backed government making significant gains in the northwest of the country. Its forces consolidated control over Aleppo province and seized the last segments of the strategic M5 highway, which links Aleppo to Damascus.

In a symbolic message from Assad's government, a flight carrying Syrian officials and and journalists flew from Damascus to Aleppo, marking the resumption of internal flights between Syria's two largest cities for the first time since 2012.

Government forces have been on the offensive to recapture both Aleppo and Idlib in the northwest, the last rebel-held areas in the country.