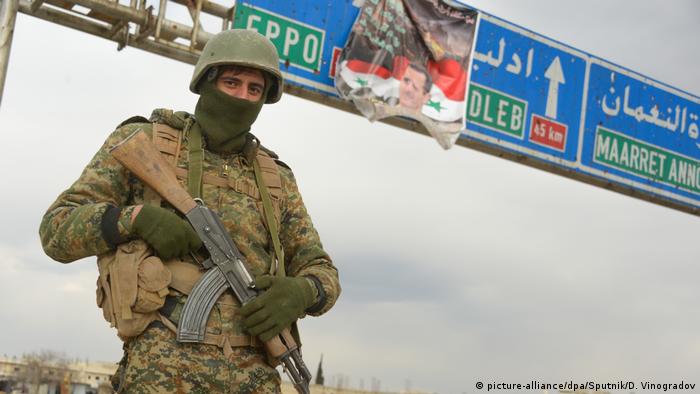 The M5 links Syria's capital, Damascus, with the northern city of Aleppo, and runs through the cities of Hama and Homs. Sections of the road have been in rebel hands since 2012.

The remaining section of the M5 was within the Rashideen al-Rabea area near Aleppo, which Syrian government forces retook on Tuesday, according to the observatory.

It is another victory for Assad since government troops launched an offensive against Syria's last rebel-held pockets in December.

There has also been fierce fighting in recent days around Idlib — one of the last strongholds of anti-regime fighters, as well as home to hundreds of thousands of internally displaced people trying to escape the fighting.

Tension between Syria and Turkey has been growing as regime forces, aided by Russia, continue their push north, despite a ceasefire arrangement between Turkey and Russia in January.

"Turkey in the past week has massively beefed up already existing military positions in Idlib and continues to do so," said Julia Hahn, a DW correspondent in Istanbul. "It wants Assad to retreat and has urged Russia to reign Assad in. But no side is showing signs of wanting to back down: The confrontation adds more instability to an already toxic mix on the ground."

On Tuesday, Turkey-backed rebels downed a helicopter believed to belong to the Syrian government in the town of Nairab, in the Idlib region, the Turkish state broadcaster TRT Haber reported. That came a day after regime forces killed five Turkish soldiers deployed in the region..

The war in Syria, which started with a popular movement against Assad's rule that was brutally repressed, has killed more than 380,000 people in nine years and displaced about half of the country's population.