Turkey has been under pressure from the United States to walk away from a deal with Russia to buy its S-400 air defense system. The US fears that the deal could undermine the NATO military alliance. 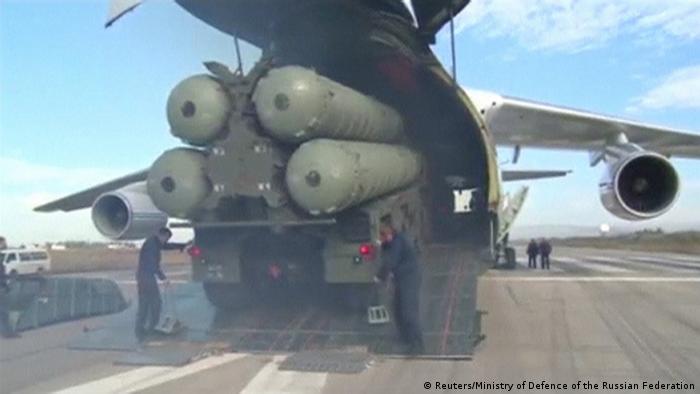 Turkey has dismissed a report in a German newspaper that claimed Turkish officials had canceled a deal to acquire a Russian anti-aircraft missile system due to US pressure.

"The S-400 delivery is a done deal," Fahrettin Altun, a spokesman for Turkish President Recep Tayyip Erdogan, wrote on Twitter.

In its Saturday edition, the German Bild newspaper quoted a high-ranking Turkish diplomat as saying: "There will be no delivery of the S-400 in July, as the Turkish president had [earlier] announced."

The diplomat reportedly said his government feared that the US could respond with sanctions if the country bought the system, which would be the "economic downfall" of Turkey.

The Russian government also denied the report, with the Russian Interfax news agency quoting an unnamed military source that the deal with Turkey had not been scrapped.

Turkey's plan to buy the air defense system has been a cause of tension within the NATO military alliance, which both the United States and Turkey belong to. The US and other member states fear that Russia could spy on NATO aircraft through the S-400 system.

To discourage Ankara from entering the deal, Washington suspended a joint F-35 fighter jet program and threatened it with further economic sanctions.

The US has also offered the more expensive US-made Patriot system at a discounted price. Turkey has shown an interest in the Patriot system, but not at the cost of breaking its contract with Russia.

During a visit to Moscow last month, President Erdogan said that Russia and Turkey must "strengthen cooperation in the military-technical sphere."

"These regard first of all the completion of the contract to supply S-400 anti-aircraft missile systems to Turkey," Putin said before suggesting that there were other military projects in the pipeline.