Turkey threatens retaliation against US if Washington halts weapons sales

The US and Turkey are at odds over the prospect of Ankara buying high-tech missiles from Russia. Turkey accuses Washington of bullying but is also eyeing advanced US fighter jets. 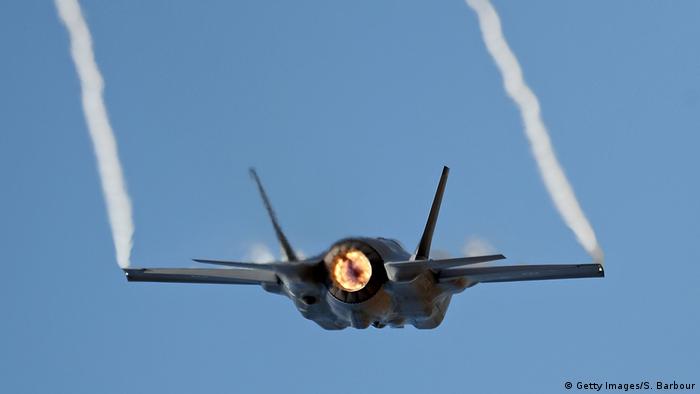 Turkish Foreign Minister Mevlut Cavusoglu on Sunday warned the US against blocking planned weapons sales to his country, insisting that Ankara would respond to such an action with reprisals.

Cavusoglu's comments came in reaction to the release of the annual defense policy bill Friday by the US House of Representatives. The $717 billion (€598.62 billion) bill includes a provision that foresees temporarily cutting off weapons sales to Turkey.

Cavusoglu dismissed the idea as illogical and inappropriate for NATO allies.

"If the United States imposes sanctions on us or takes such a step, Turkey will absolutely retaliate," Cavusoglu said. "What needs to be done is the US needs to let go of this," he added.

Buying from all sides

The proposed US National Defense Authorization Act is still a few steps away from becoming law, but it calls on the Defense Department to file a report to Congress on bilateral relations between the two countries — and would halt large-scale military sales to Turkey until the report is submitted.

Turkey plans to buy more than 100 F-35 Joint Strike fighter jets that are manufactured by Lockheed Martin. In addition, the countries are also negotiating Ankara's possible purchase of US Patriot missiles.

But in December, Turkey also agreed to buy S-400 surface-to-air missiles from Russia, which Ankara sees as necessary to combat potential threats from Kurdish and Islamist militants both at home and abroad, particularly in neighboring Syria and Iraq. 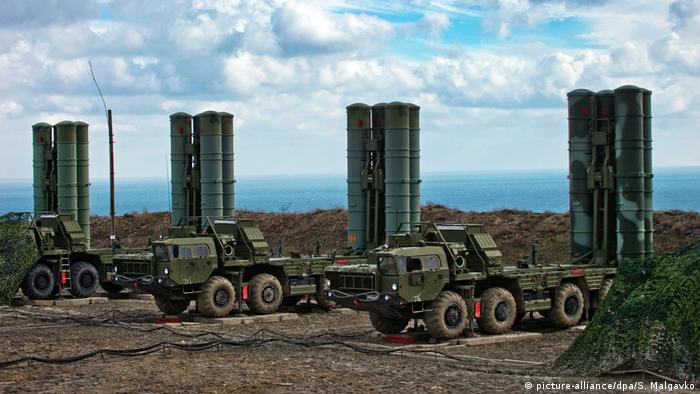 The Turkey-Russia deal to buy the S-400 missiles is worth an estimated $2.5 billion

Russia is thorn among NATO allies

The prospect of Turkey buying Russian missiles, which are incompatible with NATO systems, has unnerved Ankara's alliance partners, who are already wary of Russia's military presence in the Middle East.

NATO officials have warned Turkey of unspecified consequences if it moves ahead with the Russian missile purchase.

Cavusoglu scoffed at such warnings, saying Turkey's ties with Russia were not an alternative to its membership of NATO also accusing Washington of trying to control Turkey.

"Turkey is not a country under your orders; it is an independent country. [...] Speaking to such a country from above, dictating what it can and cannot buy, is not a correct approach and does not fit our alliance," he said during an interview with CNN Turk.

Cavusoglu did not elaborate on how Turkey might retaliate against the US, and the Foreign Ministry's press office was closed on Sunday. But one of Turkey's most valuable military assets is its air base at Incirlik in southern Turkey.

The base is a major hub for US military aircraft operating in the region and is also home to dozens of US nuclear weapons.

Cavusoglu said he expected to meet with US Secretary of State Mike Pompeo in Washington next week, although a firm date has not been set.