Russia is the partner country for the 2013 Hannover Messe - the trade fair for the industrial sector. While German-Russian economic ties are booming, political problems are straining relations between the countries. 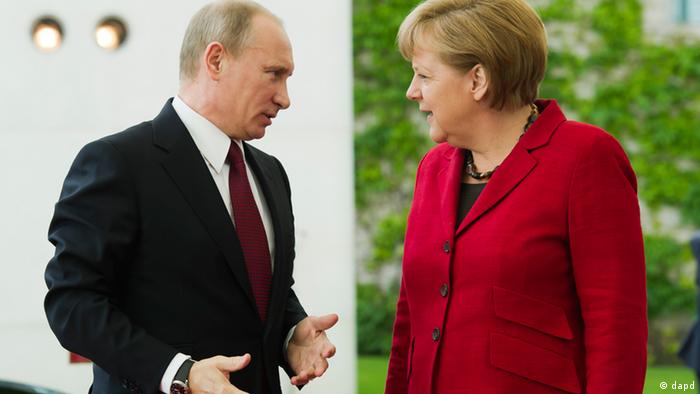 The partnership with the Russian Federation for this year's Hanover Trade Fair - the Hannover Messe - is coming at the right time, according to German Chancellor Angela Merkel. She also emphasized Germany and Russia's working shoulder-to-shoulder in their "Russia Year in Germany" and "Germany Year in Russia" events. The Hannover Messe 2013 offers an opportunity to deepen cooperation between the countries, the German leader said.

Merkel will speak at the official opening of the trade fair on Sunday (7.4.2013). On Monday, Merkel and Russian President Vladimir Putin are scheduled to visit the industrial trade fair and may also inaugurate a German-Russian economic summit. 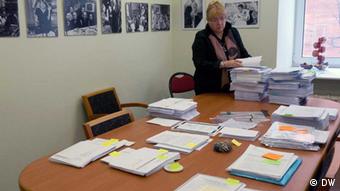 The human rights organization "Memorial" was also raided in March

But the meeting between Merkel and Putin will likely be overshadowed by current political problems. The German government expressed its concern over Russian officials' raids of German organizations in Moscow and St. Petersburg. At the end of March, Russian authorities inspected the offices of the political Konrad Adenauer and Friedrich Ebert foundations, temporarily confiscating computers and documents.

Deputy government spokesperson for Germany, Georg Streiter, said discussing the matter couldn't be avoided when Merkel meets Putin. The Kremlin has now said Russia would address any questions Merkel may have on the subject.

Yet political tensions don't seem to be putting a burden on the intense economic relations between Russia and Germany. Russia has become the partner country for the Hannover Messe for the second time in a decade. The trade fair for the industrial sector is the largest of its kind in the world.

Russia will have a record number of over 100 exhibitors at the fair, including gas giant Gazprom, Russian Railways and UralVagonZavod, a manufacturer of tanks, rail cars and tractors. Several of Russia's regions, including the Tula and Novosibirsk areas, will also present their projects. One such project is the creation of a multi-functional park complex on the site of the former Rossiya Hotel in Moscow. 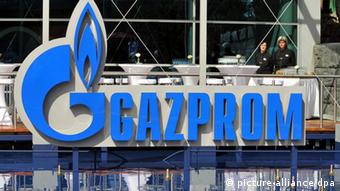 At the Hanover Trade Fair, Russia will focus on energy, machine construction, new materials and industrial automatization in its exhibits. The country will also be represented at the Metropolitan Solutions Fair taking place in Hanover at the same time. Metropolitan Solutions showcases comprehensive technological solutions for urban infrastructures. IndustrialGreenTec, an international fair for environmental technologies that will simultaneously occur in Hanover, will also host Russia this year.

"We expect Russia to present itself in a new, more dynamic and modern way," said Christiane Schuchart, of the Committee on Eastern European Economic Relations - an organization of leading associations representing German business. In her opinion, people outside Russia see its economy as largely dependent on the raw materials sector, but Schuchart said Russia would highlight its other sectors at the Hannover Messe.

According to the Committee on Eastern European Economic Relations, bilateral trade volume between Russia and Germany reached a record of over 80 billion euros ($104 billion) in 2012. The Committee expects the trend to continue.

There's much talk about revolution in Hanover this year as the city's annual trade fair gets underway. What some dub the fourth Industrial Revolution refers to the increased networking within and between machines. (08.04.2013)