There's much talk about revolution in Hanover this year as the city's annual trade fair gets underway. What some dub the fourth Industrial Revolution refers to the increased networking within and between machines. 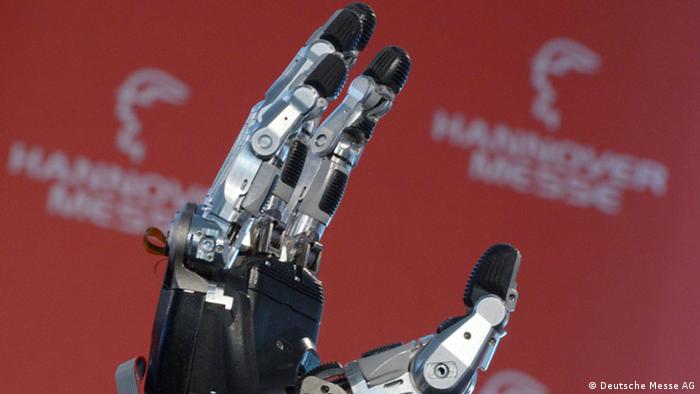 The "next" Industrial Revolution was already a topic of discussion at the previous Hanover Trade Fair in 2012. And one can say with relative certainty that the same phrase will be bandied about in 2014 and well beyond.

"It's not just a topic at this year's trade fair," said Jochen Köckler, the head of the event. "We are entering a new epoch and thinking through what we have learned in the last 20 years as cell phone and smart phone users - namely, that we can communicate with each other while on the go. That thinking is making its way into factories now." 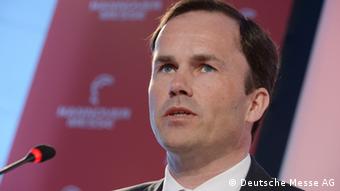 Jochen Köckler: 'We are entering a new epoch'

Integrated Industry is the overarching theme and motto at this year's edition of the massive industrial trade fair that includes thousands of exhibitors. Other buzz words at the event include Industry 4.0 - a reference to what some view as a fourth Industrial Revolution, marked by features that include increased networking such that machines communicate with their component parts and vice versa.

"Let's take a given production cell that processes the parts that are delivered to it," said Roland Bent, executive vice president of marketing and development at the German equipment manufacturer Phoenix Contact. "Sometimes the cell has to wait until new parts come again. And during that time, you can revert it to an energy efficient state - put it to sleep, so to speak."

However, the unit must wake up quickly once the next parts are there for processing.

"That's exactly what our energy control system takes care of - putting the machines to sleep optimally and then waking them up at the right time. That is a very essential part of the topic of integrated industry or industry 4.0. Those are also intelligent technical systems that have been networked as such and communicate with one another," Bent added. 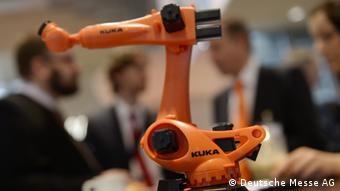 The result is 15 percent less energy consumption along the production line. Conserving energy is also central to the new generation of hydraulic units that the German subsidiary of American engineering company Parker Hannifin is presenting in Hanover. A special computer program puts together the most energy-efficient components like pumps or motors for a given task.

"The older a machine is, the more it can save with an exchange," said Gerd Scheffel, head of Parker's German subsidiary. "Compared with the newest machines, they still save about 30 percent of energy, and compared with the old ones, 80 percent."

Improved communication between machines and machine components has further advantages. Robot manufacturer Kuka is producing a series of a model that can react to the demands of the industrial grind. Each individual joint is outfitted with sensors and reacts to the slightest contact. When a glass of water is placed suddenly in front of the robot's arm, it halts its movement so gently that not a drop is spilled.

"The collision detector now makes it possible for humans and robots to work together," said Johannes Kurth, who is responsible for strategic development at Kuka. "Until now, it was always necessary to separate humans and robots by fences. But people can work with these robots very close together." 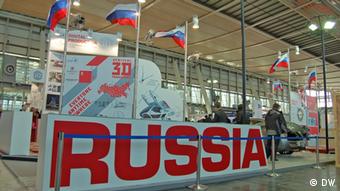 For the first time at the Hanover Trade Fair, more than half of the exhibitors are not from Germany. Russia is this year's partner country.

"First, Russia is a major economy," said the fair's head Jochen Köckler. "Second, Russia plays a key role in the energy transformation, including by delivering natural gas. And third, Russia wants to expand its industrial production and modernize. In doing so, the country wants to learn from structures in Germany and build up a middle class."

Russia is the partner country for the 2013 Hannover Messe - the trade fair for the industrial sector. While German-Russian economic ties are booming, political problems are straining relations between the countries. (07.04.2013)

The CeBIT computer and IT trade fair in Hanover is not only a showcase for digital innovation, but also a barometer of the economy. And things are not looking bad for the sector. (05.03.2013)