Local police say a large waterspout made landfall in the Baltic Sea city damaging property and throwing several people into the water. Emergency and rescue services are on the scene. 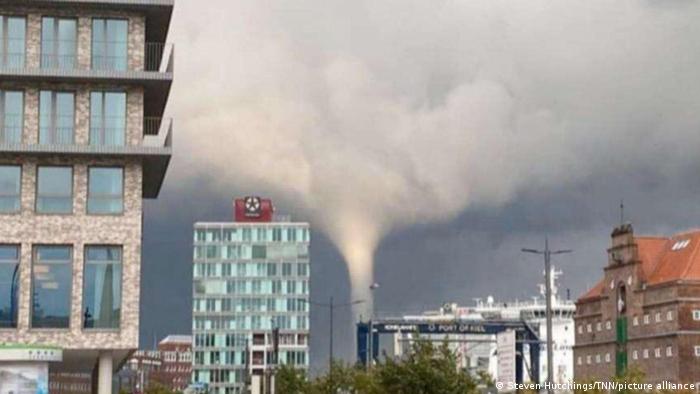 A tornado lashed the northern German port city of Kiel Wednesday as high winds caused destruction and injury. Police, firefighters and rescue services are currently on the scene.

The German Weather Service (DWD) had previously forecast winds of up to 110 kmh (70 mph) for the area from Wednesday evening until around midday Thursday, as well as exceptionally heavy rain into the weekend. 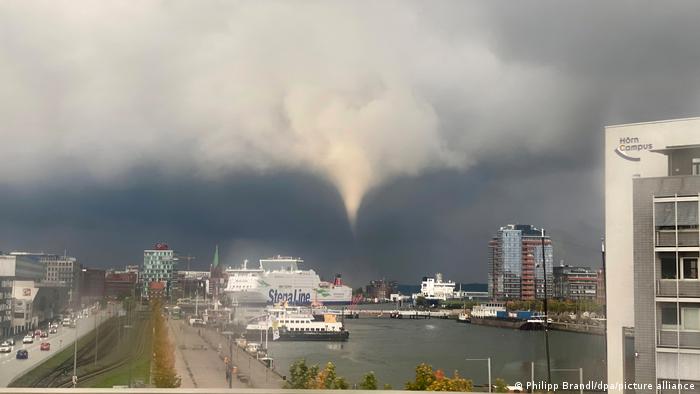 The tornado uprooted trees and tore the roofs off some buildings

Local reports on Wednesday showed images of uprooted trees and houses that had their roofs torn off.

Police say individuals from a local rowing club were injured when several of them were thrown into the sea. Authorities say three were seriously injured and three more sustained minor injuries.

Rescue services have said that it is unclear whether one or more tornadoes made landfall as they are currently assessing the damage.

Kiel, which is located in the northern German state of Schleswig-Holstein and some 90 kilometers (56 miles) north of Hamburg, is host to the well-known Kiel Week regatta as well as being the home port of the German Navy's Baltic Fleet.