The head of a far-right party in Germany was given a six-month prison sentence in 2018 for calling someone a "cheeky Jewish functionary." The Constitutional Court has concurred with that decision and explained why. 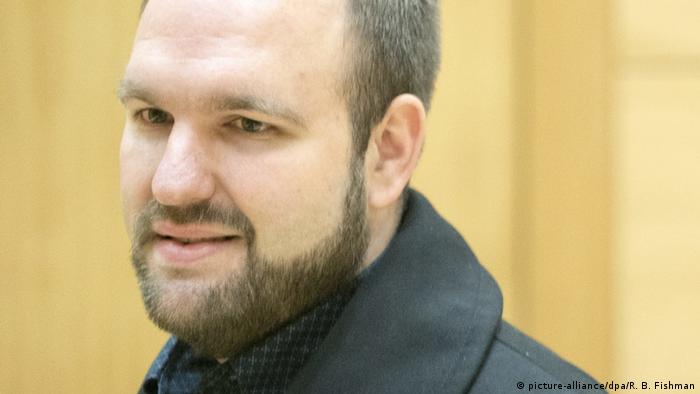 The leader of Dortmund's far-right fringe party "Die Rechte" (The Right) lost an appeal over his conviction for sedition and assault on Friday after the German Constitutional Court upheld the original ruling.

The higher court agreed with the conviction based on the notion that the term "cheeky Jew" incited hatred.

Sascha Krolzig's assertion that a Jewish community leader was a "cheeky Jewish functionary" saw him receive a six-month prison sentence, meted out in 2018 by the Bielefeld District Court. The ruling was then confirmed by the higher regional court of Hamm.

Krolzig made the comment in a post on a website he was responsible for in summer 2016. He combined this with a call to boycott Jewish organizations.

The Constitutional Court has now confirmed the reasoning behind the sentencing, emphasizing that the basic right of freedom of opinion is subject to the limitations imposed by general laws. Expressions of opinion must not "mark the transition to aggression or breach of law."

According to the decision of the Second Chamber of the First Senate, the experience of German history requires "an increased sensitivity in dealing with the pejorative use of the word Jew."

When it was a matter of creating a mood against the Jewish population and of identifying with the National Socialist racial ideology, this could be seen as a "contemptuous way of stigmatizing Jews in a hateful manner" and thus indirectly as an invitation to others to discriminate against and harass Jews.

According to the Federal Constitutional Court, the lower courts had justified their assessment in a detailed manner.

Krolzig's announcement that he wanted to "reduce the influence of Jewish organizations on German politics to exactly zero in the shortest possible time" was "linked in its militancy to National Socialist rhetoric of annihilation," the court said in its ruling.

Half a dozen other far-right leaders are in prison in Germany with several more cases are pending.

Right-wing extremism increased in Germany last year, the country's domestic intelligence agency has reported, with over 32,000 extremists identified. The report also found that more suspects are prepared to use violence. (09.07.2020)

Germany should reintroduce compulsory military service to fight the problem of far-right extremism in the army, the parliamentary armed forces commissioner says. The country suspended conscription in 2011. (04.07.2020)