A mural commemorating the victims of the Hanau shooting has been unveiled in Frankfurt. The memorial's unveiling comes four months after the racially motivated attack by a German right-wing extremist. 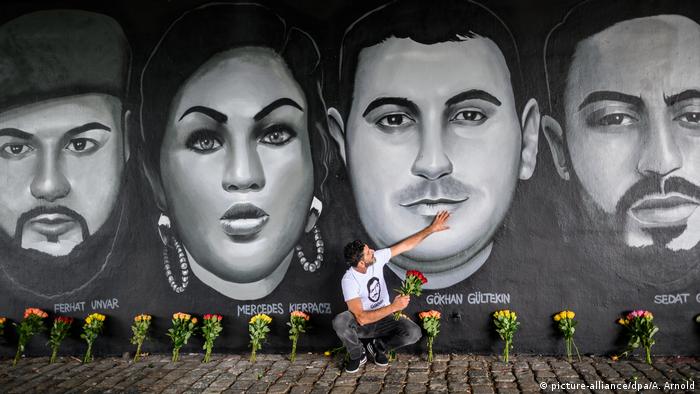 A 27-meter (89-feet) long mural depicting the victims of the shooting in the German city of Hanau was unveiled in nearby Frankfurt on Friday, exactly four months after the racially motivated attack.

On February 19, a German man shot dead nine people in two different hookah bars — also known as shisha bars — in Hanau, before killing himself and his mother. Apart from the shooter's mother, the victims all had non-German roots. 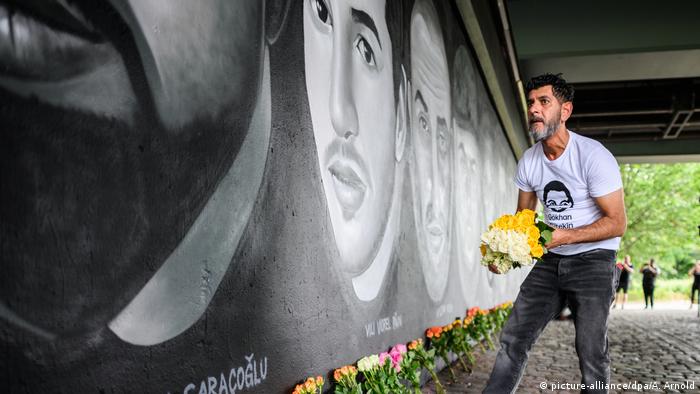 Cetin Gültekin puts down flowers to commemorate his brother, who was one of those killed

The new mural under Frankfurt's Friedensbrücke, or Peace Bridge, commemorates those nine victims, all people with immigrant backgrounds.

"It is our task to maintain the memory of the murdered and to address racist conditions," Seda Ardal of the 19 February Hanau initiative, the artists' collective responsible for the mural, told German public television. 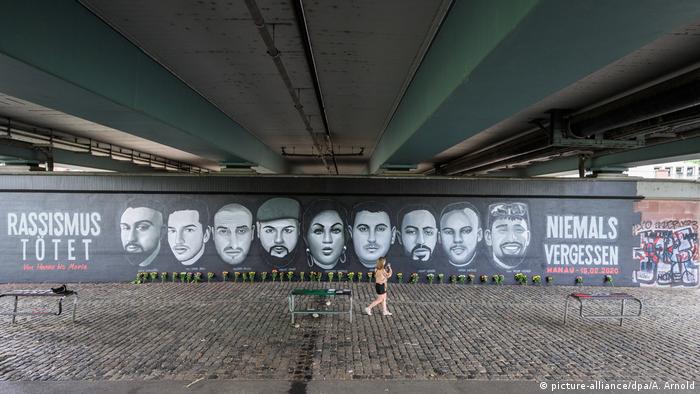 The group criticized Germany's actions against racist violence, which it characterized as insufficient.

With the mural in place, "nobody can look away," the group said, adding that what happened in Hanau is the culmination of racist violence experienced every day, which is not sufficiently pursued and fought against.

Relatives came to lay flowers at the mural. Cetin Gültekin, the brother of one of the victims, said the mural would show the suffering that racism causes, German daily the Frankfurter Allgemeine Zeitung reported.

Gültekin also said that political parties deliberately incite racism. He pointed to Germany’s far-right Alternative for Germany (AfD) party as well as the US Republican party.