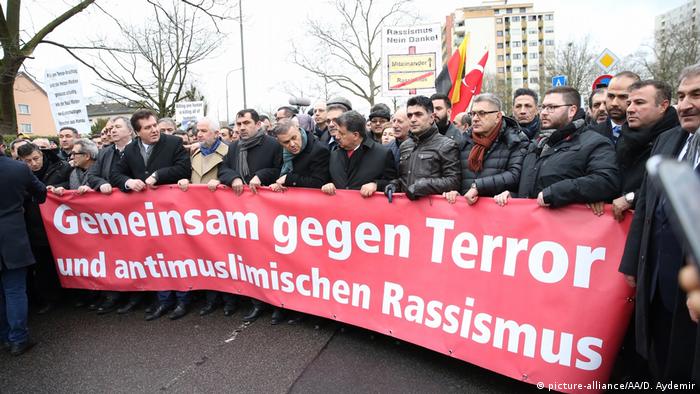 Some 10,000 people marched through the German town of Hanau on Sunday as a show of support for the nine victims of a terror attack.

The mourners came together to demonstrate solidarity after a man shot nine people dead in the town on Wednesday before apparently killing his mother and himself.

The 43-year-old assailant, named Tobias R., left rambling texts and videos in which he advocated racist views, called for genocide and claimed to have been under surveillance since birth. German authorities said the attacker showed signs of a "deeply racist mentality."

Hanau Mayor Claus Kaminsky told the somber crowd on Sunday: "These days and hours are the blackest and darkest our town has experienced during peace time." But, he said, those who want to divide society will not succeed, "because we are more and we will prevent that."

Five of the victims were reported to be Turkish citizens and the country's ambassador to Germany, Ali Kemal Aydin, said that Turkish immigrants in Germany are suffering more than ever from hate crimes. He also spoke at the protest, telling those that had gathered: "This cannot and this must not continue." 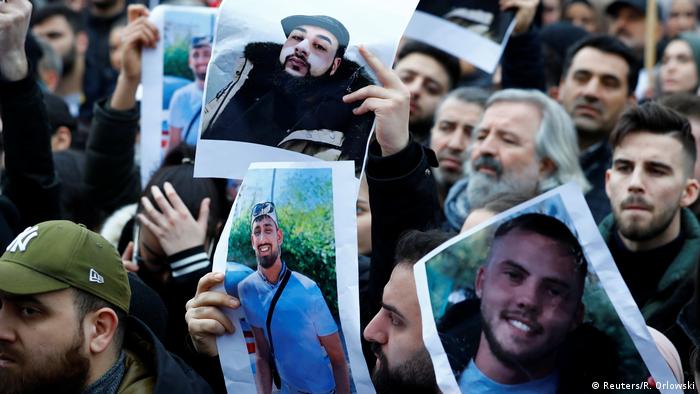 The killings were Germany's third deadly far-right attack in less than a year. The onslaught late on Wednesday night followed October's anti-Semitic attack on a synagogue in Halle and last June's murder of Walter Lübcke, a local politician who supported Chancellor Angela Merkel's migrant policy in 2015.

Rise of the AfD

Wednesday's attack in Hanau, around 15 miles (25 kilometers) east of Frankfurt, appears to have stymiedsupport for the far-right Alternative for Germany (AfD).

Following its formation in 2013, the AfD enjoyed rapid success and became the country's third largest party in the 2017 federal election, winning 94 seats in the Bundestag and becoming the first far-right party in the German parliament in decades.

There have been daily candle vigils for the victims since the rampage and another protest against racism on Saturday drew roughly 3,000 people to the streets of Hanau. A memorial for the victims is planned for later this week.

Meanwhile, all top-flight German soccer matches this weekend included a minute's silence for the victims of the shootings.

Police in the southern German city have inspected damage to windows at a hookah bar. The discovery came days after the deadly shootings at a hookah bar and a cafe in Hanau, which targeted people of foreign descent. (23.02.2020)

The center-left SPD are set to maintain their leadership in the city-state, according to partial results. Support for the far-right AfD dropped, jeopardizing its spot in Hamburg's state parliament. (23.02.2020)