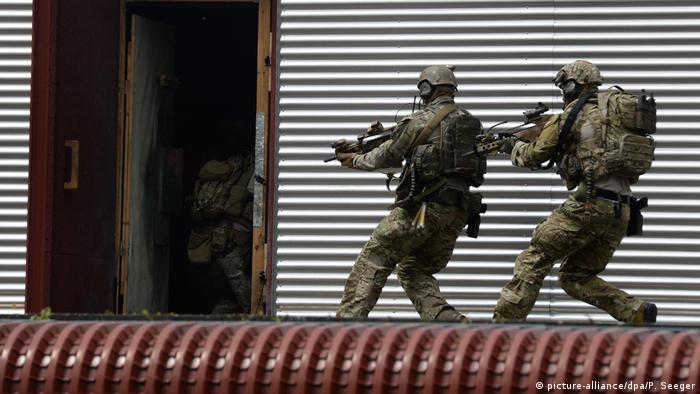 Germany's new parliamentary commissioner for the armed forces has urged the reintroduction of compulsory military service, saying far-right extremism was less likely to develop in an army of recruits than in a professional army.

In an interview with Funke Media Group published on Saturday, Eva Högl, a Social Democrat, said she considered it a "big mistake" that compulsory military service had been suspended in Germany in 2011.

It would do the army good if "a large part of society does its service for a while," she told newspapers of the Funke Media Group. "That makes it difficult for far-right extremism to spread among the troops."

But she said that so far there were "no signs of an army existing within the army or an underground army."

Chancellor Angela Merkel and Defense Minister Annegret Kramp-Karrenbauer, both from the conservative CDU party, are against reintroducing compulsory military service. On Saturday, Green party and Left party lawmakers also denounced the idea, saying the Bundeswehr should focus instead on improving recruitment processes and fostering political education in the armed forces.

Call to be alert

Högl also called on soldiers to speak out if they heard their colleagues making racist or anti-Semitic comments and to inform their superiors if they witnessed extremism. She said both she and Kramp-Karrenbauer were also available to be contacted in such cases.

Högl's remarks come after a slew of reports on far-right activities in Germany's armed forces over the past year, most recently in the elite special forces unit KSK.

Högl was appointed to the position of parliamentary commissioner for the armed forces in May. The commissioner's task is to be an ombudsperson for members of the Bundeswehr and deal with complaints and proposals from within the ranks.

Högl is also part of a task force set up by Defense Minister Annegret Kramp-Karrenbauer to investigate far-right tendencies in the KSK.