Conscription in Germany: Merkel′s party mulls return of military service | Germany| News and in-depth reporting from Berlin and beyond | DW | 28.11.2019 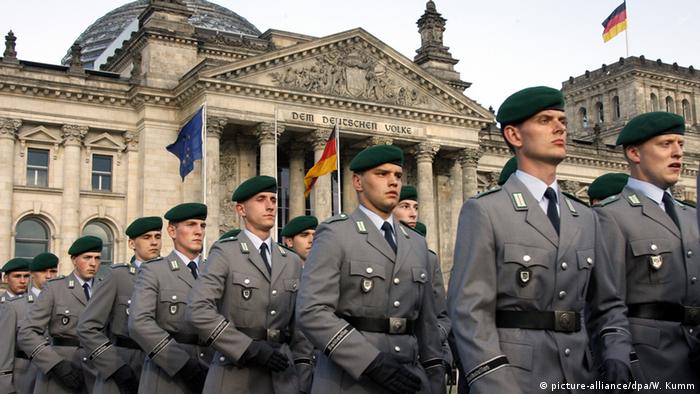 German Defense Minister Annegret Kramp-Karrenbauer, still the current favorite to succeed Angela Merkel as chancellor, has cautiously come out in favor of opening the debate on reintroducing national military service.

"Something is in danger of being lost without which a society cannot continue forever," the leader of the conservative Christian Democratic Union (CDU) told the Funke Media Group. "For me the community within the population is the priority."

She added that she had heard much support for the idea of national service in her "listening tour" of grassroots CDU branches that followed her election as the new party leader. "I share many of these thoughts, and I think it's very important that we should discuss an obligatory national service in Germany," she said.

The issue is being addressed in CDU headquarters in Berlin on Thursday, with invited experts invited to a "workshop talk" on whether a one-year period of national service should be re-introduced for high school graduates.

Germany suspended military conscription in 2011, partly in an attempt to "professionalize" the armed forces, but has occasionally struggled to make a military career attractive enough to keep Bundeswehr recruitment numbers up among young people.

But Kramp-Karrenbauer notably steered her remarks towards the apparent social benefits of national service.

"For me it is a deeply civic thought to want to give something back to your country and your society," she said, before bringing up the options of serving in a care home or the fire brigade as an alternative to joining the army.

Fear of Putin, or fear of social fragmentation?

That is notably different to the tone of the conscription debate in other European countries.

Lithuania re-introduced mandatory military service in 2015 in direct response to Russian aggression in Ukraine. Now Lithuanian men, chosen by a random selection process, have to do nine months of military service, with no civilian alternative.

Vytautas Bruveris, political commentator for Lithuanian media outlet Lietuvos rytas, said polls at the time showed that a majority of Lithuanians were in favor of the reintroduction.

But he added that a lot of people are still divided on the issue, even though mainstream media and politicians still insist on the importance of conscription as an "undisputable truth." "The threat of Russian aggression was the overwhelming issue in the Lithuanian public sphere," he said. "Some military personnel, who have gained political weight in such debates, are even raising the idea of conscription for all, including women."

Bruveris also said there was an ideological aspect to the debate. "They also argue that you are not just serving the military in the narrow sense of the word, you are defending the whole nation, and being the best representative of the nation, and an example to the others," he added.

Sweden also reintroduced military service in 2017, after a seven-year hiatus, in reaction to increased insecurity beyond the Baltic Sea, though it currently only plans to enlist about 4% of those in the relevant age group are estimated to be enlisted annually, with a right to choose an alternative civilian service.

Meanwhile French President Emmanuel Macron has also reintroduced military service, though so far only on a voluntary basis — after a hiatus of nearly 25 years. With nearly a whole French generation who have not had to serve in the army, it's not surprising that Macron has, like Kramp-Karrenbauer, soft-pedaled the military aspect of the project.

"It's still a very delicate issue, there's a larger pushback than before because a lot of people don't necessarily feel a link to the military tradition, or that they need to be conscripted," said Yan St-Pierre, French defense analyst for the Modern Security Consulting Group.

But unlike in Germany, the actual reasons for reintroducing national service are certainly more military than civilian, argued St-Pierre. "Right now it's very much about developing a pool of people able to intervene in case of terror attacks," he told DW. "It's about establishing a reserve of personnel to take away some of the burden on the French police and military." 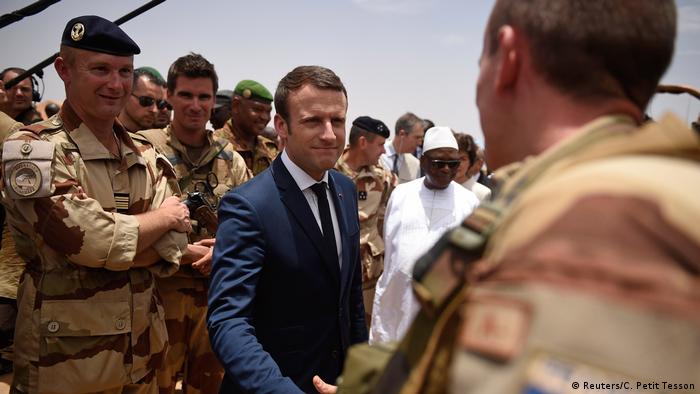 In France, the civilian service option could include caring for the elderly, or tending public parks. But in the public debate, the service is often seen as an important life experience. "Even if it's presented as promoting values, it's more about the results," said St-Pierre. "People who like it talk about the great times they had, or the good projects they were involved in."

At the moment, the debate in Germany remains moot, since reintroducing military service would mean a constitutional amendment, and therefore a two-thirds majority in Parliament. The only two parties in favor of the idea are currently the far-right Alternative for Germany (AfD), and potentially the CDU, who together have just 337 of the 709 seats in the Bundestag.

A military recruitment ad has urged Ford employees threatened by job cuts to "do something that really matters." The head of Ford's workers' council called the campaign "disrespectful," saying Ford had tried to stop it. (04.04.2019)