Lithuania put to the test by fears of separatism at borders | Europe| News and current affairs from around the continent | DW | 16.09.2017

Lithuania put to the test by fears of separatism at borders

Lithuanian officials accuse the Russian-speaking minority on the country's border to Belarus of being susceptible to separatism. Military exercises where they live have stoked divisions, reports Benas Gerdziunas. 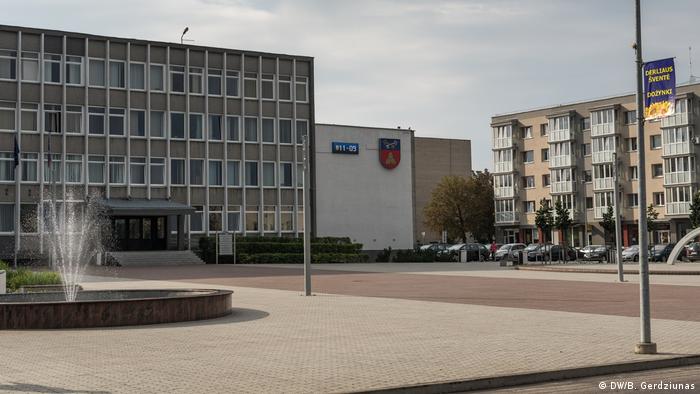 AK-47 toting men in tracksuits stormed the local police station, kicking down doors and taking officers hostage. A hasty, panic-stricken raid by local policemen armed with pistols was rebuffed without any casualties among those playing "separatists" in Salcininkai, the predominantly Polish, Russian-speaking region bordering Belarus, only 40 kilometers (25 miles) away from Lithuania's capital, Vilnius.

In scenes eerily reminiscent of the early stages of war in eastern Ukraine, around 700 officers took part in these unannounced snap drills in April, to a backdrop of confused locals and looming Russian "Zapad 2017" exercises across the border in Belarus and Kaliningrad.

Since the conflict began in eastern Ukraine, Lithuanian officials and public figures have pointed to the substantial minority population in the Salcininkai region - only 13 percent are ethnic Lithuanians - as being susceptible to separatism. And the military has held multiple exercises in the area.

Eimutis Misiunas, the interior minister who initiated the snap drills in April, tried to quell criticism in a press release: "These exercises will take place elsewhere in Lithuania, and claims that ethnic minorities are somehow targeted have no basis."

Meanwhile, Salcininkai's regional government expressed anger over what it saw as stigmatization: "The comparison of Salcininkai citizens to Donbass separatists is a cynical provocation and the usual mockery of [our] society," they responded in a press release to the drills that alienated many. 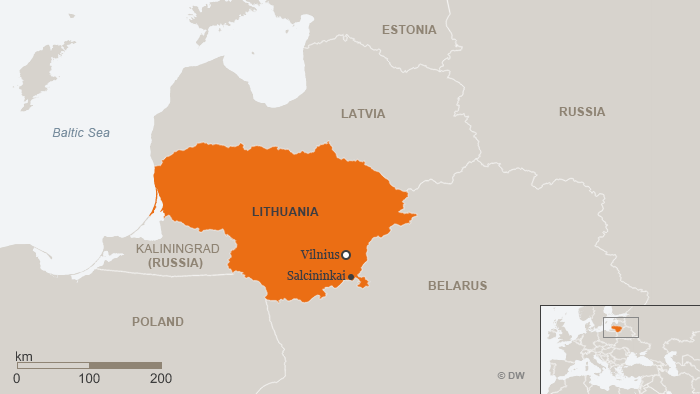 Problems are rife in the region of 35,000 people, which has suffered from depopulation comparable to what has happened elsewhere in Lithuania. Since joining the EU in 2004, over 15 percent of Lithuania's 3.4 million people have emigrated, with a similar scale reflected in Salcininkai. In the village of Akmenyne, an entire high school closed, with two classrooms remaining to serve eight kindergartners. In other villages, only a few houses are still inhabited.

Recently, police reinforcements were sent from the capital to put an end to a series of arson attacks on police cars and officers' property as well as ongoing smuggling operations in the area.

In its coverage of the region, Lithuanian media has chosen to focus on fears of separatism and the alcoholism and criminality that plague the provinces, stoking divisions in society.

During the April exercises in quashing "separatists," the media highlighted comments by the interior minister to the effect that local people failed to call in and report armed men in the area.

However, cameras and instructors with high-visibility jackets had been trailing the armed men, which will have been a tip off for many people who caught sight of the drills.

"I saw the exercises and I laughed. Who needs this nonsense? If anyone came with weapons, everyone would defend their home and that's it," said Aleksandras, an ethnic Ukrainian-Belarusian, who has lived in Salcininkai since 1985.

"It's only propaganda from both sides," he adds, pointing toward Vilnius and the East.

After working in the local police force, and now as a builder, he also looks after a small Orthodox church on the outskirts of the town. "Children learn to speak Lithuanian, it's needed much more. I have also started learning it in the evenings," he said in Russian. 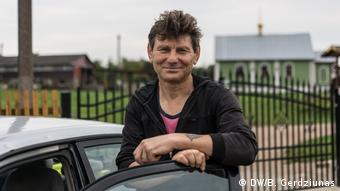 Russian is the predominant language, though ethnic Poles make up around 70 percent of the population in the region, which like the rest of Lithuania, was part of the Soviet Union until 1991.

The party that draws most support in the area, Electoral Action of Poles in Lithuania - Christian Families Alliance (EAPL - CFA), has taken a hard line in advocating for Polish rights. At times, even Warsaw has distanced itself from the party's rhetoric.

The allegedly pro-Kremlin, Polish minority party's power lies in areas along the 670-kilometer border with Belarus. EAPL features former "Russian Alliance" members — a fringe party in Lithuania — and other pro-Kremlin figures, including journalists from the Russian-language First Baltic Channel, which has had its broadcast license suspended on numerous occasions for "inciting war and hatred."

The party has in the past come under attack for displaying St. George ribbons, the orange-black insignia now widely associated with eastern Ukraine separatists. School director Vidmantas Zilius has lived in the area, which he says takes time to understand, since 1989

"We solve the problems of each citizen equally," said Leonard Talmont, EAPL member and MP for Salcininkai, in an email to DW.

"EAPL has never been in any corruption scandals, and is the only political power, which raises the important topic of Christian values in the whole country and Europe," he wrote.

"In 20 years the Salcininkai area has changed unrecognizably — We have 13 high schools, 11 nurseries, financial stability," he said, stressing additional infrastructure achievements, and "our youth is well raised."

During a visit to Poland earlier this month, Lithuania's Prime Minister S. Skvernelis told Polish media that "Russian propaganda stokes conflict between Warsaw and Vilnius." He claimed that information on Polish rights being under attack in Lithuania was often the product of Russian fake news.

"What language you speak depends not on the school, but in what 'yard' you grew up in," said Tomas Saliatyckis, an owner of a newly opened cafe in the town center, offering the usual brew common to hipster locales in the capital. The language you speak has to do with the neighborhood where you grew up, says Tomas

Tomas serves in the local military volunteer forces, helps lead the local Scouts and was himself raised by Russian-speaking grandparents in Salcininkai. "The language is a political tool that arises before elections — from both sides," he said in Lithuanian.

Education in pupils' native tongues has been contentious in the past. Schools teaching in one language or another operate in the area, yet the Lithuanian "Tukstantmecio Gimnazija" draws funding from the national budget, not the regional, EAPL-led government.

"EAPL doesn't care about Lithuanian, or Russian schools, so the national government had to intervene," said Vidmantas Zilius, director of the Lithuanian school. "Only 40 children out of 560 are from ethnic Lithuanian families; EAPL ignores the will of the people."

Inside the school built in the post-independence 1990s, a massive painting depicting the Battle of Grunwald towers above the entrance. It was created by Belarusian, Polish and Lithuanian schoolchildren, the same dominant ethnicities that fought the battle in 1410, ending Teutonic crusades into the region.

"EAPL want support from Poland, so they make education a political issue," claimed Zilius, "City government prevents Lithuanian families from taking children to Lithuanian nurseries and directs them to Polish institutions. We found that out when teachers relocating had trouble [getting a Lithuanian nursery] for their children."

"Media coverage stokes disagreements," said Zilius, "but we never registered conflicts between children arising from the context of nationality."

The Russian and Polish schools could not comment in time for publication, citing timing constraints.

"It's often a mix of languages here that you can hear: Dzien dobry. Какдела? Viskas gerai," said Zydre, 24, mimicking the tri-lingual exchange of greetings.

Zydre moved to Salcininkai from Kaunas, Lithuania's second largest city, to live with her boyfriend. Her two friends, Beata and Jolanta, have Russian- and Polish-speaking backgrounds in Salcininkai.

Sipping coffee by their cars next to the redeveloped lakeside beach, Zydre said: "The problem here is like elsewhere in the provinces: There isn't that much to do."