NATO in Baltics learns from Ukraine′s mistakes | Europe | News and current affairs from around the continent | DW | 02.08.2017 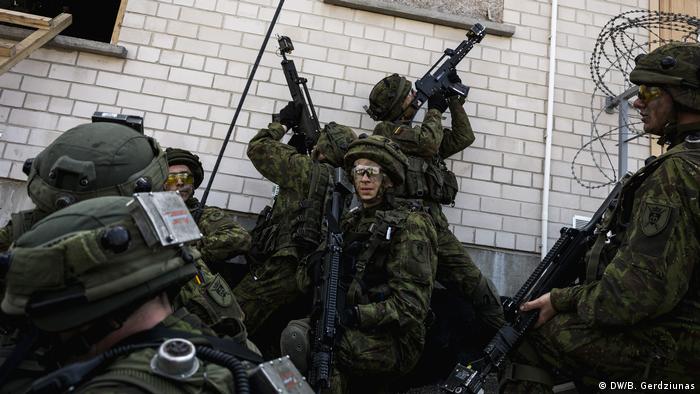 Driving at hellish speeds along tank-damaged roads near Popasna, Luhansk region, the driver of the unarmored, 1970s, Soviet-built van flinched at the slightest crackle. In their front-line position, 200 meters from the separatists, an armored personnel carrier stood under a tree. "We're not sure if it's weapon fire," said a Crocs-wearing soldier who was suffering from a light concussion.

In their field base a further three kilometers away, two broken-down trucks and vans donated by volunteers stood idle for lack of spare parts. The soldiers' dwindling food and water supplies were kept up by Ukrainian and Lithuanian civilian volunteers.

This was the state of Ukraine's 54th Brigade's Logistics and Communications Battalion in August 2015. The battalion commander, Sergei Aleksandrovich, eyes red from hay fever, said wearily: "If I had at least one good ambulance, we would have saved so many more men."

Fast forward to 2017, through ceaseless training and die-hard battles, the state of the Ukrainian forces has improved. Having closely observed the painful trial-and-error process of the Ukrainians, the three Baltic states at the forefront of renewed Russia-NATO confrontation are hoping to avoid treading in the same footsteps.

Konstyantyn Melnyk, a Ukrainian ex-soldier in his 40s, headed a team of drone operators in eastern Ukraine. Now demobilized, his company in Vilnius provides unarmed drones and pilot training to Lithuania's armed forces.

"The demand and need for UAVs [unmanned aerial vehicles] and training in Lithuania is high, especially with our experience from the war," said Konstyantyn. "Additionally, there isn't a country more supportive [of Ukraine] in the EU."

The drone procurement program has been one of the many tactical lessons drawn from the carefully observed conflict next door, aiming to fill the very same capability gaps that have inflicted a heavy cost on Ukraine.

Aside from the obvious shortfalls of the military, the dangers of catastrophic corruption, weak institutions and civil society in Ukraine became glaring in light of sweeping Russian propaganda successes during the Crimean annexation.

To help address this hybrid threat, NATO's role in the Baltics has been steadily increasing. Under the 'Enhanced Forward Presence"policy, NATO has deployed four multinational battalions to the three Baltic states and Poland.

Linas Linkevicius, Lithuania's foreign minister, is an outspoken advocate for Ukraine, and has undertaken multiple humanitarian and fact-finding visits to the Donbass front line. "What's happening in Ukraine matters not only to the Lithuanian government, but to all citizens - it's the attitude of the whole country," Linkevicius told DW. "The security situation in Europe is unstable due to Russian aggression against Ukraine. However, remembering the 2008 war in the South Caucasus and Russian annexation of parts of Georgia, this isn't something new," he said.

Linkevicius stressed the symbolic nature of NATO's deployments: "One thousand additional troops in Lithuania, and 300,000 accumulated troops in Russia's Western Military District. All of it shows that from NATO there never was, or will be, any escalation," said Linkevicius.

Lithuania has reintroduced conscription and distributed leaflets to the public on what to do in case of an invasion. Analyst Michael Kofman of the Center for Naval Analyses, however, is skeptical of the "perpetual pauper" that is deterrence.

"Investments in artillery largely miss the mark, since 16 artillery pieces [bought by Lithuania] are not going to do anything against a country that fields well over 1,000. The words 'quickly destroyed in place' come to mind," Kofman said in an e-mail. Kofman believes in defense based on a "porcupine" approach: making oneself highly unattractive to occupy. "Some Baltic states are engaged in such planning, which has always been the Finnish approach," he said.

"NATO has already done enough to assure allies, and this is the difficult balancing act in the region - assuring allies, but not indulging them," said Kofman.

Repeatedly strong NATO approval ratings in all three Baltic states indicate support for strengthening military presence in the region. Combined with paramilitary and volunteer armed forces - such as the Riflemen's Union in Lithuania and Kaitseliit in Estonia - civil society has been mobilizing against the perceived Russian threat, just as it had formed the backbone of resistance in Ukraine.

Despite beefed up militaries and the strengthened core of civil society, social problems plaguing the Baltics could undo the progress of recent years. The unchecked phenomenon of ethnic Russian non-citizens in Latvia and Estonia - who were not granted citizenship after independence in 1991 - and the emigration crisis in the Baltic states are major obstacles to a unified society, the lack of which ruptured Ukraine and laid the ground for the ongoing conflict.

"We can talk about what is being bought [for the Lithuanian military], but the essence is somewhere else," said Jonas Ohman, a Swede who has lived in Lithuania for over a decade.

He is the head of the Lithuanian Blue-Yellow volunteer organization, which has been helping Ukraine's armed forces since 2014. It has channeled approximately 400,000 euros in aid to them. In late June, four separatist soldiers - including an alleged operative of GRU, Russia's main military foreign-intelligence service - were captured by Ukrainian forces using equipment donated by the organization.

Lithuania remains the only NATO country to provide Ukraine with weapons and munitions. 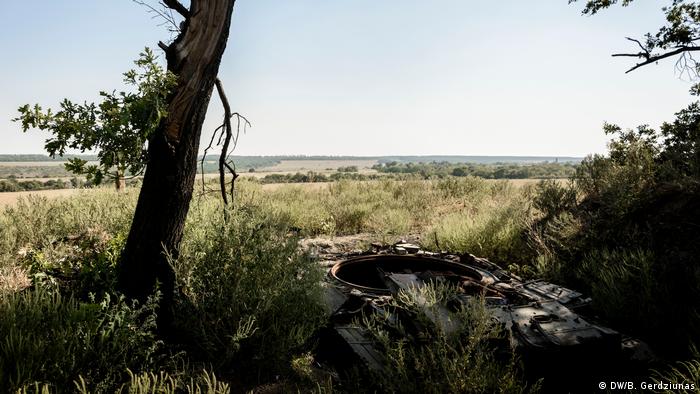 "The biggest problem in the Baltics is social injustice," explained Ohman. "This is where a person feels whether he's part of a nation. This is where the will to defend is formed."

The Baltic states have been busy implementing military lessons to protect themselves from separatism and Ukraine's war, yet largely failing to heed the same costly social precedents. This could become an Achilles heel in the face of new and unforeseen challenges, which will undoubtedly arise as Russia continues to look west.

"When a conflict begins, you will fight alongside the society you have," said Ohman.