Top German court hears case on legality of assisted suicide | Germany | News and in-depth reporting from Berlin and beyond | DW | 15.04.2019

Justices will hear arguments this week on whether physicians can aid terminally ill patients in ending their own lives. The current law has put the government at odds with standing court decisions and public opinion. 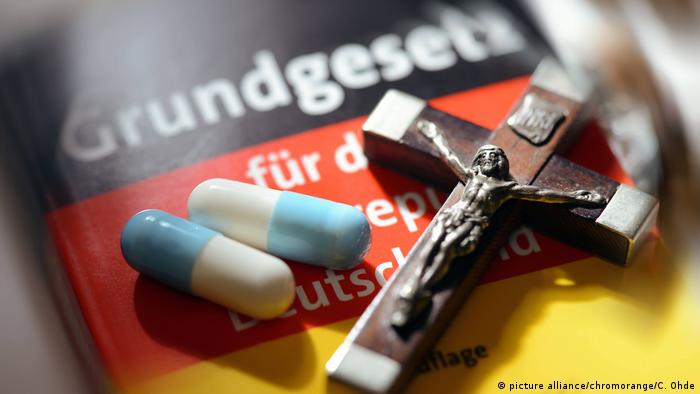 Germany's Federal Constitutional Court will hear oral arguments this week about whether medical associations and physicians should be allowed to aid terminally ill patients in their own deaths.

Physician-assisted suicide has been hotly contested in Germany since 2015, when the parliament outlawed the prescribing of life-ending drugs. A federal court case in 2017 deemed assisted suicide legal in extreme cases, but authorities have largely ignored the ruling — pitting political parties and various branches of the government against one another.

Authorities distinguish among various forms of assisted suicide and how the government punishes violations.

Indirect assisted suicide has been legal in Germany since 1996. This refers to a patient's understanding that taking hefty doses of painkillers under doctor supervision during end-of-life care may result in death. A doctor who knowingly makes available the medication needed for a patient to take their own life, however, could face legal or professional consequences.

Passive assisted suicide is also legal in Germany. In 2009, lawmakers decided that patients of sound mind should be allowed to make their own decisions about the types of medical treatment they receive — even if the refusal of a recommended treatment results in death. This term usually refers to a patient's refusal of life-support measures.

Actively aiding someone to knowingly commit suicide, however, is explicitly outlawed in Germany: The Bundestag passed legislation in 2015 banning the sale or prescription of drugs meant to end a patient's life. Any physician, organization or private individual found to have distributed such drugs faces up to five years in prison under the law.

On Tuesday and Wednesday, Germany's highest court will hear oral arguments on whether the government's 2015 ban on active assisted suicide violates patients' personal freedoms and unjustly punishes physicians. A decision on the case could come anywhere from weeks to months after justices hear the case.

After a severely disabled elderly woman was forced to travel to Switzerland to end her life when German authorities denied her husband's request for a lethal dose of sodium phenobarbital, in 2017 the Federal Administrative Court in Leipzig ruled that in extreme circumstances the government cannot refuse life-ending medications to terminally ill patients.

"The right of a patient who is suffering and incurably ill to decide how and when his or her life should end" should be protected in Germany if the patient "can freely express his or her will and act accordingly," the court ruled.

The Health Ministry, currently held by Chancellor Angela Merkel's Christian Democrats, however, has largely ignored the ruling. Since 2018, the ministry approved none of the 123 requests for life-ending drugs that it has received from terminally ill patients, according to a February report in the Tagesspiegel newspaper.

When asked in February by the daily Frankfurter Allgemeine Zeitung why his ministry so blatantly ignored the court's decision, Health Minister Jens Spahn said "it would mean that civil servants — or myself as a minister — would have to decide who's allowed to die with support of the government and who isn't. Nobody wants that, and, for me personally, it would be a bizarre concept."

A spokesperson for the Health Ministry told DW that Spahn's views on assisted suicide haven't changed. 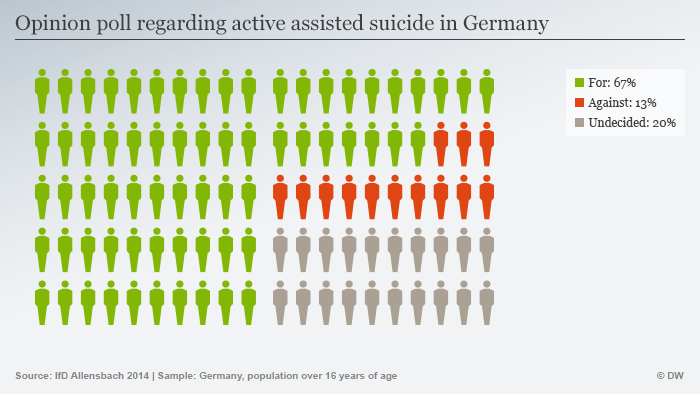 Myriad factors make the current case special. From an administrative standpoint, it's rare that the court wraps six different related cases — each dealing with the rights of physicians, organizations and patients — into a single hearing. It's why two days have been slated for oral arguments instead of just one.

Meanwhile, the case is likely to dredge up difficult constitutional debates over a patient's right to self-determination versus the government's essential role to protect its citizens, as well as the role of physicians and politics in both matters.

"The current situation is untenable for physicians and nurses: The unsuccessful new regulation in 2015 exposes them to the danger of being liable for punishment in the event of contact with patients entitled to dying," Katrin Helling-Plahr, a lawmaker with the Free Democrats, told DW. "This is absurd and no longer acceptable. I want more self-determination at the end of life and legal certainty for doctors and caregivers."

Assisted suicide is permitted in many EU countries. Belgium, the Netherlands and Luxembourg all allow physician-assisted suicide, albeit with different requirements for physicians. Switzerland bans active assisted suicide but allows doctors to prescribe lethal drugs to terminally ill patients within reason.

Sixty-three percent of Germans are in favor of having the option of active assisted suicide in the event of a terminal illness, according to a 2016 survey conducted by the Allensbach Institute.

The Bundestag discussed a bill to improve funding for palliative care on Wednesday. A group including the parliament's vice president also introduced another proposal to legalize assisted suicide. (17.06.2015)