Europe split on right-to-die regulations | Europe | News and current affairs from around the continent | DW | 13.02.2014

Thus far, the European Union has kept its hands off the law books when it comes to a blanket regulation of right-to-die regulations in member states. DW takes a look at the varying attitudes amongst EU members. 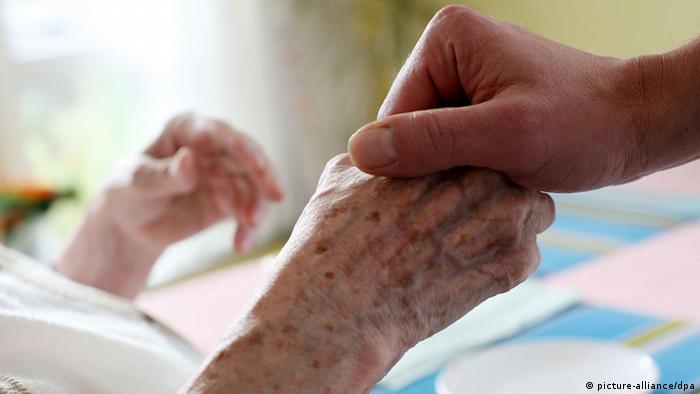 When Bettina Koch stumbled on her doorstep in 2002, the fall left her completely paralyzed and dependant on artificial respiration. With the support of her husband, Ulrich, she sought to obtain a lethal dose of medication to end her suffering. Her request was denied. The couple, married 25 years, pursued legal action, but the German courts ruled that her rights had not been violated. Bettina then travelled to Switzerland for more than ten hours on a stretcher to end her own life there. Her husband appealed the case alone to the European Court of Human Rights (ECHR). 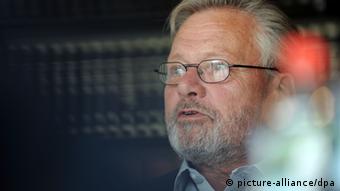 Ten years after Bettina's fateful fall, the ECHR ruled that German courts had indeed violated Article 8 of European Convention on Human Rights - the right to "respect for private and family life." The ruling came on the heels of the court's Haas vs. Switzerland decision, which recognized the right of an individual to choose how and when to end his life as an aspect of Article 8 of the Convention.

Crucially, the court also ruled that individual countries in the EU should determine their own laws on euthanasia.

Each country continues to determine its own right-to-die laws, and the regulations vary greatly.

After the Belgian Senate voted 50-17 in December in favor of extending euthanasia rights to minors the debate flared up across Europe once again. Since 2002 in Belgium and the Netherlands and since 2009 in Luxembourg, doctors are permitted to administer life-ending drugs upon a patient's request. The Belgian House of Representatives was set to vote on whether to grant terminally ill children the right to die on Thursday (13.02.2014) - the bill is widely expected to pass.

"There are not many countries in the EU that deal with the topic of euthanasia," said Jakub Jaros of Sterbehilfe Deutschland, an organization in Germany that counsels patients seeking end-of-life options. Since 2010 his organization has assisted 110 patients.

Jaros said there are strict regulations for an active euthanasia case to be undertaken in the Benelux countries, including a list with permittable diseases and a special commission that ultimately decides whether a patient is eligible. A doctor will then administer a drug directly to the patient to end his or her life. This is called "active euthanasia." Belgium reported some 1,400 cases in 2012.

When it comes to whether a person can self-determine when and how he or she dies, most Europeans support the idea. But the degree of support varies along country lines. A 2012 survey commissioned by The Swiss Medical Lawyers Association underscored differing attitudes; on the high end, 87 percent of Germans supported self-determination, while only 52 percent of Greeks did. 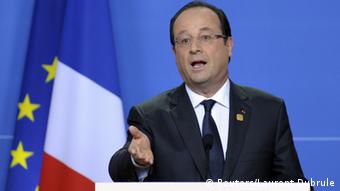 France's current law permits doctors to cease artificially prolonging the life of a terminally ill patient at his or her request. On his campaign trail French President Francois Hollande vowed to ease the law. A French public panel helped nudge his pledge in December as it recommended that assisted suicide was a "legitimate right for a patient dying or suffering from a terminal illness, based primarily on informed consent and full awareness".

Poland presents a conservative European model, said Jolanta Pacian of the Medical University of Lubin. In a 2011 report published in the Romanian Journal of Bioethics, Jolanta compared Poland's legal framework to its European neighbors.

"In Poland there are very few advocates of euthanasia," Pacian said, adding that the country's strong Roman Catholic roots influence public opinion. "There are no attempts to legalize euthanasia, but there is a lot of talk about living wills," which is gaining traction in parliament. Under these wills, patients may pre-emptively declare how they wish to be handled in end-of-life situations. 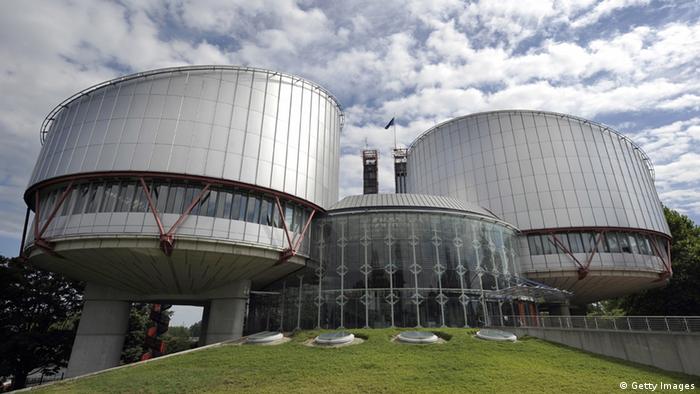 In 2011, the ECHR ruled that choosing how and when to end one's life was a human right

In 2012 the Parliamentary Assembly of the Council of Europe (PACE) approved a resolution stating that euthanasia or intentional killing "must always be prohibited." Although the resolution is not legally binding, it was the first time in recent history that euthanasia was rejected by a European political institution.

"There is no euthanasia in Europe in the sense as it is defined in Belgium and the Netherlands - deliberately ending someone's life at his explicit request. This is considered as a purely internal competence of each member state," said Herman Nys of the University of Leuven and member of the European Group on Ethics.

Changes on the UK horizon

The latest case to hit the Supreme Court in the UK, dubbed the "Martin" case, could turn the tide on the UK's 1961 Suicide Act, which threatens those who assist others in dying with up to 14 years of imprisonment.

"Martin" was disabled after a stroke and sought legal action because he can't receive professional counsel to end his suffering. The Director of Public Prosecutions' policy is murky as to whether healthcare professionals assisting Martin would be prosecuted. As a result, Martin argued that his Article 8 rights are being violated.

"The ruling is due early this year and we hope will clarify what medical professionals can and can't discuss with patients in relation to end-of-life choices," said Jo Cartwright, whose UK-based Dignity in Dying organization has intervened in the Martin case. 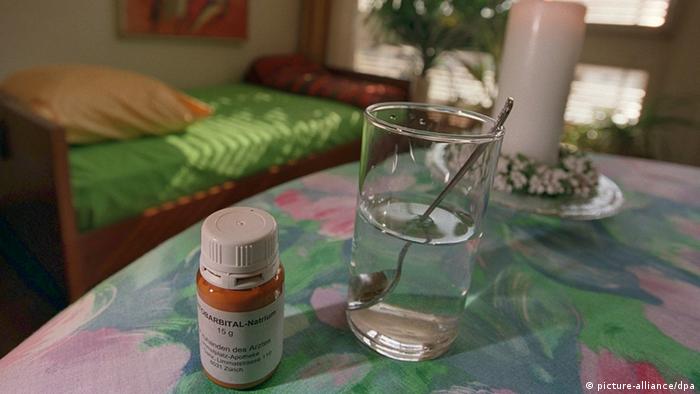 Medical professionals need to know what they can discuss with terminally ill patients, says Cartwright

According to the organization, since 2002 more than 100 British citizens have traveled to Switzerland for assisted death. Dignity in dying argues that the law should permit healthcare professionals to advise terminally ill patients on end-of-life options, which could curb patients from taking matters into their own hands.

In the political arena, Lord Charles Leslie Falconer, a British Labour Party politician tabled an assisted dying bill in the House of Lords, which is set for a second reading in the summer of 2014. The bill would permit mentally-capable adults with less than six months to live permission to request help to end their lives.

"I think the law will change in the next decade, but hopefully sooner," Cartwright said. And if the Supreme Court appeal isn't ruled in Martin's favor, Cartwright's organization is prepared to follow in the steps of Ulrich Koch in Germany: an appeal to the European Court of Human Rights.

Belgium's second house of parliament is set to decide on legalizing active medically assisted suicide for children. The planned expansion of the euthanasia law for adults has been hotly debated for months. (13.02.2014)