The Belgian parliament has voted to allow children access to assisted suicide. Despite strong opposition from religious organizations and some doctors, the legislation had enjoyed widespread popular support. 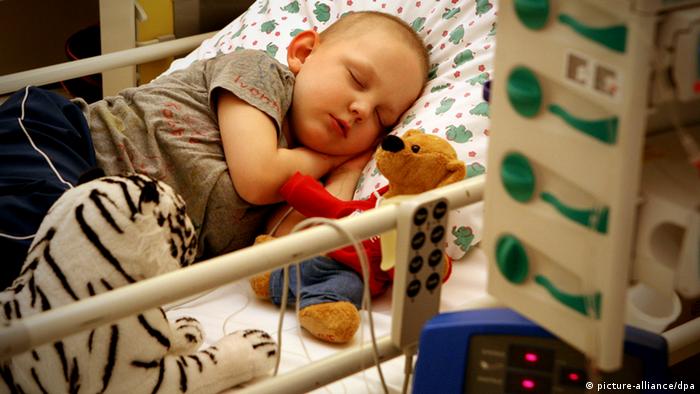 The vote on Thursday by Belgium's House of Representatives removed all age restrictions on the right of the incurably sick to end their lives, a vote that has caused considerable controversy.

Ahead of the vote, Socialist Senator Philippe Mahoux, the author of Belgium's 2002 "right to die" legislation and himself a doctor, called euthanasia "the ultimate gesture of humanity" and "not a scandal." He added that "the scandal is illness and the death of children from disease."

Mahoux had called for widening his law to include minors because medics had already helped children in pain die as a question of mercy - just illegally. The draft bill had stated that a child must have "a capacity of discernment and be conscious" on requesting to die.

According to the law, the child must "be in a hopeless medical situation of constant and unbearable suffering that cannot be eased and which will cause death in the short-term." The law also requires counseling by doctors and a psychiatrist or psychologist, as well as the approval of the child's parents.

All along, the Socialists, Liberals and Greens had expressed support for the legislation, and the right-wing Christian-leaning parties had opposed it. The proposal passed a Senate vote in December after the upper house consulted with dozens of medical specialists, lawyers and interest groups.

In the debate leading up to this final vote in the lower house, the Catholic Church protested and about 160 pediatricians petitioned lawmakers to postpone the vote.

Euthanasia laws have proved controversial in the EU. The European Court of Human Rights leaves it up to individual nations to decide.

In the Netherlands, the first country to legalize euthanasia, sick children 12 years and older may decide their own fates, but parents have the final say for kids 16 and younger. The Netherlands has only had five cases of child euthanasia since the law went into effect there in 2002.

Adult euthanasia is allowed Benelux-wide, with Luxembourg having legalized the end-of-life decision in 2009. Switzerland allows assisted suicide, so long as the person dying completes the act him- or herself. France will consider legalizing euthanasia later this year.

The US states of Montana, Oregon, Vermont and Washington allow assisted suicide. In 2006, the Supreme Court rejected an attempt by the US government to abolish Oregon's Death with Dignity Act.