European court rules on euthanasia debate | Germany | News and in-depth reporting from Berlin and beyond | DW | 19.07.2012

The European Court of Human Rights issued a decision Thursday on whether states may refuse to assist in a suicide. Germany's laws on assisted suicide draw a fine line between what's permitted, and what's not. 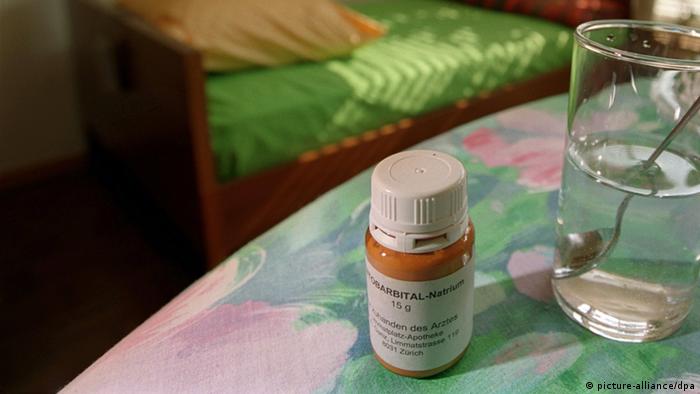 A simple fall changed Bettina Koch's life forever. The accident, in front of her own doorstep, left her completely paralyzed, reliant on a ventilator and constant nursing care.

It was a life Koch didn't want to live. Instead, she decided to commit suicide, at home, and so she requested an authorization from the Federal Institute for Drugs and Medical Devices for a lethal dose of medication. But the institute refused to grant her request.

Article 8 of the European Convention of Human Rights establishes a right to respect for private and family life. It is this article that Mrs. Koch's husband, Ulrich, invoked when he lodged his complaint with the European Court of Human Rights (ECHR) in December 2008. On Thursday, the Strasbourg-based ECHR ruled that generally, it should be up to the national courts to decide such requests, adding that the German courts had not adequately considered the Kochs' case in their denial.

This was more than three years after Koch succeeded in committing suicide - in Switzerland, assisted by an organization called Dignitas.

What's allowed, and what's not

In Germany, active assisted suicide is illegal. If a patient asks another person to assist him or her with committing suicide, the other person may not legally do so. 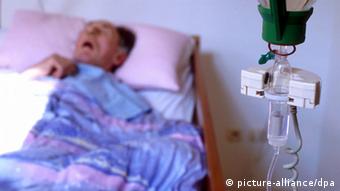 Patient's wishes are often not clear or specific enough

The same legal situation applies in all other European Union member states, except Belgium, the Netherlands and Luxembourg. In 2002, the Netherlands was the first country to allow doctors to actively assist with suicide, under certain conditions. A recent study by the university hospitals of Rotterdam and Amsterdam found that this legalization had not led to an increase in cases of euthanasia.

If a dying patient himself takes lethal drugs provided by someone else, that, too, is not illegal. However, a doctor could risk prosecution for violation of the German Pharmaceuticals Act.

Oncologist Klaus Becker thinks that the legal forms of assisted suicide suffice. "As a doctor it's my duty to help my patients," he said. "It's not my duty to actively end a patient's life, even if I know he only has 10 days or two weeks to live."

Even so, in his 20 years on the job, Becker has experienced situations in which he would have wished a swifter death for his patient. "I can, of course, give painkillers to a patient who is in pain. By administering these drugs, I accept that a patient may die two or three days earlier than without the drugs." 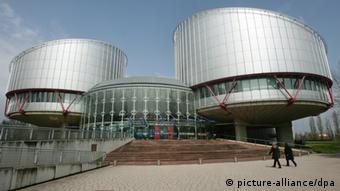 Hamburg-based lawyer Oliver Tolmein says while the laws on assisted suicide are really quite clear, one of the stumbling blocks is the so-called patient decree, by which a patient sets down a medical directive expressing his wishes as to how he wants to be cared for - or not - given a certain medical condition.

"The patient decree," explained Tolmein, "is meant to replace a declaration of will, if in a certain medical condition a patient is unable to declare his wishes."

But more often than not, says Tolmein, patient decrees are not clear or specific enough because a patient was not able to foresee the exact condition he would find himself in. "The decree may read something like, 'If I am unable to communicate, and that fact has been corroborated by two doctors, I do not wish any artificial measures to be taken to prolong my life,'" said Tolmein.

"What exactly does 'unable to communicate' mean? What if the patient can still bat his eyelids, is that 'able to communicate'?" he asked. "Also, the term 'artificial life-prolonging measures' is not clearly defined." He says when writing a decree, it's best to be as explicit as possible.

But Tolmein also sees room for improvement in other areas. He thinks the rights of patients to choose when to move from a senior citizen home to a hospice could be strengthened. Currently, health insurers often refuse to cover the costs of such a move. And in terms of medical care, he thinks doctors need much better training when learning to treat terminally ill patients.

Germany's Federal Court of Justice has ruled that assisted suicide is legal in certain cases. The ruling is based on a case involving a terminally-ill coma patient whose daughter attempted to cut her feeding tube. (25.06.2010)