German Federal Court rules patients should have access to life-ending drugs | Germany | News and in-depth reporting from Berlin and beyond | DW | 02.03.2017

For more than a decade a 74-year-old man fought for legal access to fatal drugs for his paralyzed, now-deceased, wife. A German court has now ruled that her extreme suffering should have been taken into account. 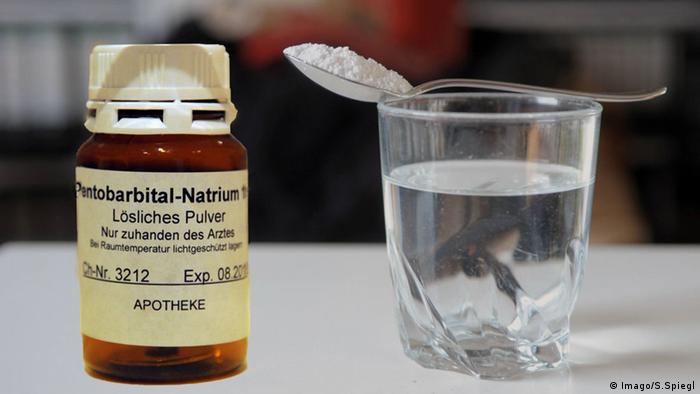 Germany's federal court ruled on Thursday that people "in extreme circumstances" should have legal access to drugs to end their own lives.

The federal administrative court in Leipzig ruled in favor of "the right for a patient who is suffering and incurably ill to decide how and when their life should end" provided the patient "can freely express their will and act accordingly."

The purchase of deadly drugs in Germany is forbidden, but the court found that the right of self-determination meant there should be exceptions for extreme cases "if, because of their intolerable life situation, they had freely and seriously decided to end their lives" and if there were no palliative-medical alternatives.

The court only heard the case after years of legal battles by the widower of a woman who took her life in 2005. In 2004 he had applied to the Federal Institute for Drugs and Medical Devices to allow his severely disabled, paralyzed wife to purchase sodium phenobarbital for the purpose of suicide. The claim was denied and so she traveled to Switzerland where she took her own life with the help of the Dignitas euthanasia association.

The man took the case as high as the Federal Constitutional Court, but the German courts found that he could not sue because he had not himself been affected. He took the case to the European Court of Human Rights in Strasbourg which decided in 2012 that the man was entitled to a decision in Germany. So the case resumed and finally came to a conclusion on Thursday when the Federal Administrative Court found the refusal of a suicide drug was illegal.

The lawyer of the 74-year-old plaintiff said that the judgment was a great relief for his client.

The German Foundation for the Protection of Patients said  the judgment was "a blow to the cause of suicide prevention in Germany". Board member Eugen Brysch said the definition of "what an intolerable condition of suffering is remains open." Suffering is "neither objectively measurable nor legally universally defined."

The bill called for "striking a balance" between punishing those who provide suicide assistance and a complete deregulation of the process.

Euthanasia is a difficult subject in Germany given its associations with its Nazi history.