The European Court of Human Rights has ruled that it's up to individual countries to decide on euthanasia. It also decided, however, that the German courts should not have thrown out a widower's appeals. 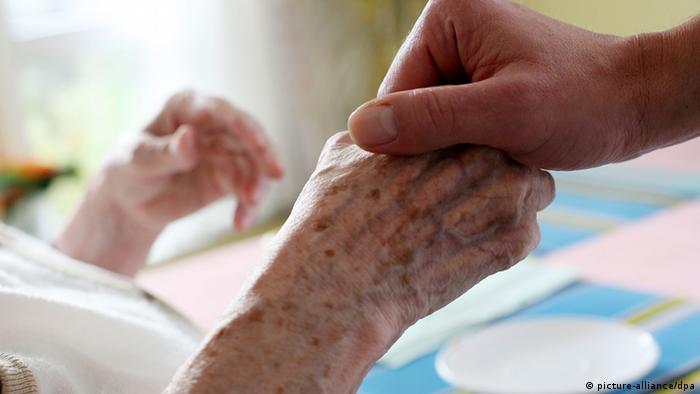 Europe's top court on Thursday decided not to issue a ruling on the right to assisted suicide, saying this duty fell to individual countries.

The judges chose not to rule on whether German woman Bettina Koch should have been permitted to seek medically-assisted suicide. She ultimately went to Switzerland in 2005, where such a practice is allowed, and sought help from the company Dignitas.

Her widower Ulrich Koch had pursued the case after her death in Germany, and then in Strasbourg.

The European Court of Human Rights (ECHR) did rule, however, that the German courts were negligent in refusing to hear the woman's case and the subsequent, posthumous appeals filed by her husband.

They ordered that Ulrich Koch receive around 26,700 euros ($32,800) in legal costs and a further 2,500 euros ($3,069) in non-pecuniary damage. They ruled that the German legal system had violated Article 8 of the European Convention on Human Rights

The European Court of Human Rights issued a decision Thursday on whether states may refuse to assist in a suicide. Germany's laws on assisted suicide draw a fine line between what's permitted, and what's not. (19.07.2012)

German courts had ruled that the man's appeals lodged after his wife's death were inadmissible, because his human rights were not affected, but rather those of his deceased partner.

The ECHR cited several facts, such as the pair's 25 years of marriage, their jointly-lodged legal request, and the widower's decision to pursue the case in court after his wife's death, in the ruling.

"Under those exceptional circumstances, the Court accepted that Mr Koch had a strong and persisting interest in having the merits of the original case decided by the courts," the ECHR said in its English-language written ruling.

The German government had said at the time that the couple should have waited upon the courts' decision, rather than going to Switzerland. The ECHR said it could not agree with this, given that "those proceedings had only been terminated some three years after [Mrs Koch's] death."

This procedural ruling, which the court said was not final, has no bearing on euthanasia legislation. The court simply ruled that Ulrich Koch had adequately shown that his case was different from the precedents used to dismiss his appeals in the German courts.

Rules on euthanasia are mixed across the EU, but the court said it would not issue a binding ruling on the matter, especially as only four of the 42 comparative states the court examined allowed active assisted suicide. Only three EU member countries - the Netherlands, Belgium and Luxembourg - currently permit active assisted suicide, when someone agrees to a request from the patient to help them end their life. Switzerland is not in the EU.