The Bundestag discussed a bill to improve funding for palliative care on Wednesday. A group including the parliament's vice president also introduced another proposal to legalize assisted suicide. 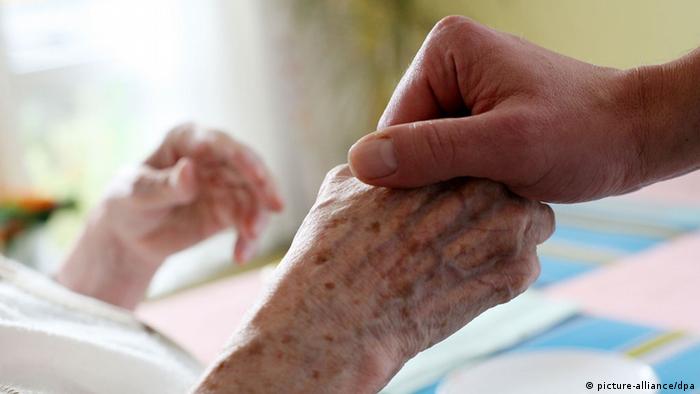 When a person's life draws to a close, they should be allowed to pass away with dignity and peace. This much, most everyone agrees on. But when it comes to the details of how people should be allowed to die, politicians, palliative care experts and church officials in Germany whole-heartedly disagree.

On Wednesday, the Bundestag discussed a new bill concerning palliative care that Health Minister Hermann Gröhe said would improve and expand the hospice and palliative care system in Germany, but that according to some experts could still use some improvements. Just an hour earlier, a group of Bundestag members introduced their own euthanasia bill, which goes a lot further than Gröhe's proposal - too far, opponents, including doctors and church leaders, say. 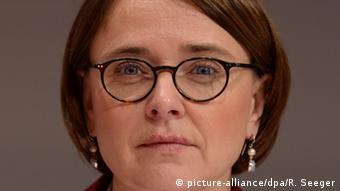 Widmann-Mauz: This is such an important and sensitive issue because it will affect all of us

"At the end's of one's life, when the only question that remains is when and not if, it's all about taking away someone's fear and easing their pain," Annette Widmann-Mauz, undersecretary in the health ministry, said in the Bundestag. "There are often mere days and weeks left for this person. This is what palliative care does and we want to improve it."

The bill introduced by the governing coalition of Christian Democrats and Social Democrats does not concern itself with assisted suicide, as Widmann-Mauz emphasized. Rather, it aims to extend palliative care to those who need it, whether they are dying in a hospital, nursing home, or their own four walls.

Special emphasis was placed on home options: people who decide to die at home are still at a disadvantage when it comes to receiving palliative care, especially in rural areas. Politicians hope the new bill will change that.

The German Hospice and Palliative Organization says that the new proposed law is urgently needed. "According to our experience, many people want to die at home rather than in hospital or in a nursing home," Benno Bolze, the organization's director, told DW. "Outpatient hospice care is very important and that's where the new law would drastically improve things." 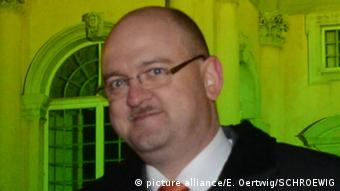 Bolze: The proposed law would dramatically improve the palliative care situation in Germany

Bolze is referring to the fact that under the bill, health care providers would not only pay for hospice personnel costs, but also for expenditures for material. That's important because volunteers play a big role in palliative care - as many as 80,000 of them work in this area, according to undersecretary Widmann-Bauz. With the new law, the offices, phones and cars they use would also be funded by health care providers.

This also facilitates the work of outpatient hospice services that come to hospitals or nursing homes to help dying patients there because the institutions often don't have palliative care experts at hand.

A group of parliamentarians led by the Bundestag's vice president Peter Hintze introduced their own bill concerning end-of-life measures on Wednesday. This proposed law, however, is a lot more controversial than the bill now being discussed in the Bundestag: Hintze and his colleagues are asking that doctors be explicitly allowed to assist in a dying patient's suicide.

In Germany, assisted suicide is not illegal under criminal law, but the doctors' own professional code of ethic prohibits it. Since politicians have no influence on a profession's special laws, the group around Hintze, a conservative, and Social Democrat Karl Lauterbach wants to add a paragraph to Germany's civil code that legalizes assisted suicide through a doctor.

Physicians should be allowed to help their patients with "peacefully passing away," Hintze said on German television. He believes it's important to not criminalize assisted suicide, as some proposals by other Bundestag members have suggested, since that would introduce legal issues at a time when patients and families want to spend time with their loved ones.

Critics: 'bursting of a dam' 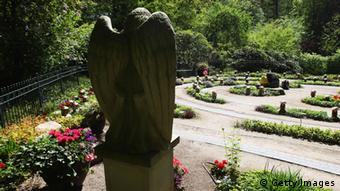 "We know that there are always reasons behind the wish for suicide," Bolze said. "The patient could be afraid of pain or doesn't want to be a burden on the family. But when we [palliative care specialists] talk about it and go into the patient's fears with them, this wish ceases to exist."

The Catholic Church in Germany cautioned against the "bursting of a dam" should doctors have assisted suicide as a treatment option on the same level with palliative or hospice care.

The head of the Association of German Bishops, Karl Jüst, acknowledged that the politicians demanded assisted suicide be legal only under specific conditions, but said it was still dangerous: "The authors of the bill miss the fact that it would have far-reaching consequences for how our society will deal with dying and terminally ill people."

Germany's Bundestag has been presented with two draft bills aimed at expanding suicide help for patients with no hope of recovery. The right to die has been a hotly debated topic across Europe in recent years. (09.06.2015)

Should assisted suicide be legal? Opinion is split, and the German parliament is debating this for the first time. Saying "yes" to assisted suicide would send a disastrous signal, says DW's Fabian Schmidt. (13.11.2014)