Germany has probably the most liberal assisted suicide law in the world - in other words, none at all. Lawmakers trying to change that have now been presented with a new obstacle - Germany's constitution. 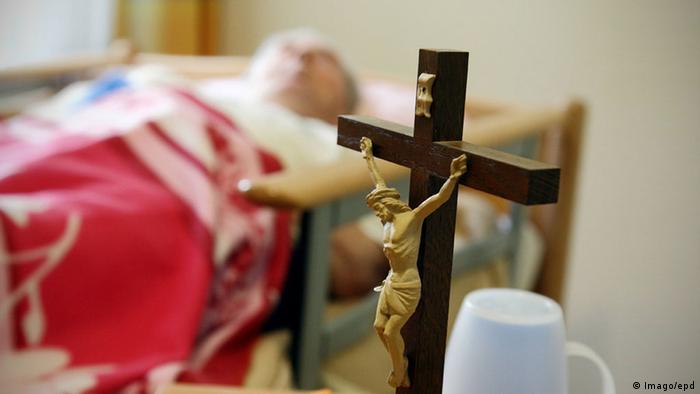 Germany has no legislation covering assisted suicide at all at the moment - as long as they administer the fatal drug to themselves, it is legal to provide a seriously ill person with the means to help them die. 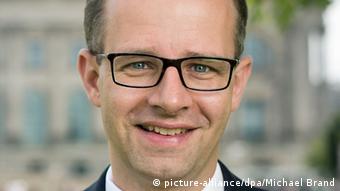 The CDU's Michael Brand helped draw up the new proposal

Four separate bills have been drawn up to tighten the law, with the leading one, and strictest, coming from lawmakers Michael Brand, of the Christian Democratic Union (CDU), and Kerstin Griese, of the Social Democratic Party (SPD) (MPs will be allowed to vote free of party loyalties on this issue).

This bill, which has the blessing of Chancellor Angela Merkel and is likely to have a Bundestag majority, proposes a three-year jail sentence for anyone who "offers or mediates" suicide to someone else "on business terms." The word "business" is crucial, but it is somewhat misleading, since in the German context it is meant regardless of whether any money changes hands. Brand and Griese's law is aimed at any organization, including charities, that offer assisted suicide services.

It would mean especially outlawing the society Sterbehilfe Deutschland ("Assisted Suicide Germany," StHD), founded almost six years ago by Roger Kusch, a former CDU justice minister in the state of Hamburg. "Since all the proposals are aimed against our organization, of course I welcome it whenever they are criticized," he told DW. "But there's a long path between the criticism of an advisory panel and the end of a legislative process. It's good news, but that doesn't mean I'm optimistic that this law won't come in the end anyway."

"We have always held the same opinion - that the legal situation in Germany is sensible and can stay as it is," Kusch said. "But since our organization has existed, there has been criticism from the CDU, promoted by the two big churches - and the draft bill is a pet project of some CDU politicians."

According to Brand and Griese's proposal, only "individual cases" of people assisting suicide out of "altruistic motives" will be allowed. But the panel of Bundestag jurists thinks this definition will leave doctors and care workers in hospices or intensive care units open to prosecution.

Since medics care for dying people as part of their job, they argue it would be difficult to define them as an "individual case." As long as doctors "follow the wishes of their patients, we would soon reach the threshold where providing assisted suicide would become a repeated component of their work," the report was quoted as saying. 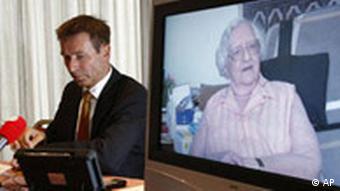 In response to the report, Brand released a statement on his website on Wednesday, saying that the analysis by the Bundestag commission was "mistaken." The MP said that their "very carefully ... drawn-up bill" had been analyzed by leading jurists, and that it was constitutionally sound.

Brand also insisted he was unconvinced by the panel's concern that doctors and careworkers could be prosecutable under his law. "Only those who have the intention of providing suicide assistance on a regular basis will be prosecutable," he said. "That means we have specifically built in special protections for those who care for terminally ill people."

But even the three softer reforms, drawn up by MPs from the opposition Greens and Left parties, have similar problems. This proposal wants only assisted suicide to be punished for commercial purposes - but here, the problem is that German doctors also function as businesses, in that they always invoice for their services.

Power of the church in a secular state

None of this matters much to Kusch, since "all four drafts would lead to the end of our work." A majority of Germans are in favor of allowing assisted suicide, according to a Statista poll published this year. But Kusch believes the lobbying power of the two major Christian churches, and particularly the Catholic Church, in Merkel's CDU have been decisive. "A lot of functionaries in the CDU are devout Catholics," said Kusch. "The influence of the Catholic Church on the CDU is very broad."

The StHD also argues that its work is being willfully misunderstood and ignored by politicians and church leaders. "We actually strengthen the will to survive of seriously ill people through the openness with which they can speak to us," said Kusch. "We have helped more people to carry on living than to commit suicide. We believe we live in a secular state - everyone can have a Christian structure in their lives as they want - but that is not a task of the state."

The assisted suicide issue has been preoccupying German lawmakers in recent years. Last year, the leading parliamentarians tabled a measure to have assisted suicide protected by the civil code, so doctors could offer it without fear of prosecution.

Meanwhile in June this year, the parliament discussed a new care act that would extend palliative care to allow patients to choose to die at home.

Is it possible to accompany one’s wife if she wishes to take her own life despite rejecting assisted suicide? Former chairman of Germany's Protestant Church Council Nikolaus Schneider talks about assisted suicide. (16.08.2015)

The Bundestag has begun debating on whether to expand the right to assisted suicide as some of their European neighbors have done. Four competing draft laws have been presented for consideration. (02.07.2015)

Germany's Bundestag has been presented with two draft bills aimed at expanding suicide help for patients with no hope of recovery. The right to die has been a hotly debated topic across Europe in recent years. (09.06.2015)