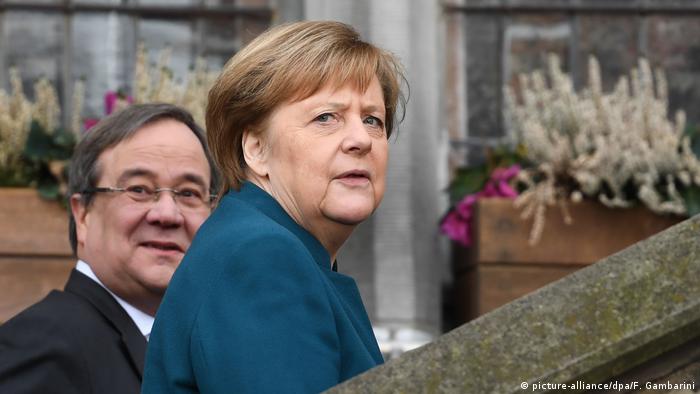 A leading contender to succeed German Chancellor Angela Merkel on Sunday criticized her for taking too long to respond to a French proposal on a post-Brexit reform of the European Union.

"I would like to apologize on behalf of the German government," the co-vice-chair of the ruling Christian Democrats (CDU) added. French President Emmanuel Macron has called for an overhaul of the EU in response to Brexit, including taking steps to implement deeper integration in financial and defense matters, and has urged Germany to move the reforms ahead alongside him.

Macron touts a united Europe with relations to neighbors

A day earlier, Macron said that he was "impatient" with Germany's reluctance to take up his offer to cooperate on implementing EU reforms. He added that Merkel's CDU- and SPD-led government has not lived up to the promise in their 2018 agreement to create a "fresh start" for Europe.

"I would have liked a more engaged and faster answer to Macron, and a dialogue with him," Laschet said, adding that Germany should work together with France again in the future to improve Europe.

The fundamental crises that Europe has faced, including the financial crisis, migration crisis and Brexit made it difficult to focus on "great European visions," he said. "But now I think we are going to need them again." After Brexit, Germany must also assume more financial responsibility in Europe, he said.

Merkel's initially tipped successor, Defense Minister Annegret Kramp-Karrenbauer, stepped down as CDU leader last week, opening the position to other party leaders again. Laschet, who is seen as a compromise figure between the CDU's conservative and centrist wings, is one of three potential contenders to lead the party and become its candidate for the chancellery.

However, he refused to confirm at the conference that he was in line for the position. Asked whether he saw his future in Düsseldorf, the capital of North Rhine-Westphalia, or Berlin, he replied: "Aachen," referring to his birth city.

Germany's CDU: Who are the top candidates?

After Kramp-Karrenbauer pulled out of the race to succeed Angela Merkel in the next federal election, speculation is rife over who'll take over as CDU chief — and potentially chancellor. DW looks at the main contenders. (11.02.2020)