Tillerson to meet with NATO members in Brussels

US envoy Rex Tillerson has reversed his decision not to attend a NATO meeting in Brussels. The announcement came as German Defense Minister Ursula von der Leyen called on the US to acknowledge Berlin's contributions. 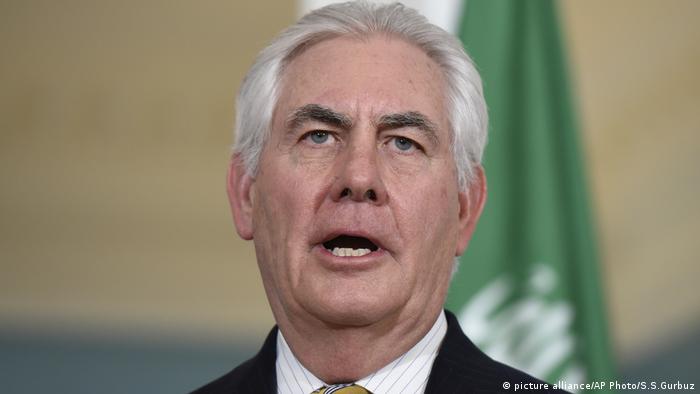 Tillerson plans to meet with NATO foreign ministers in Brussels sometime next week, the US State Department said on Friday, following public outcry over the secretary's initial refusal to reschedule the talks.

"We are currently planning to hold the meeting of NATO foreign ministers on 31 March. Consultations on scheduling among allies are ongoing," said a NATO official in Brussels, as reported by AFP news agency.

Tillerson caused a stir last week when he said he would not attend a NATO summit in Brussels, even as he confirmed that he would meet with Russian and Chinese leaders around the same time. Instead, the State Department said his acting deputy, Thomas Shannon, would meet with leaders from the military alliance.

The announcement fueled already-present fears that the Trump administration was unsupportive of NATO, especially as questions over the relationship between administration officials and Moscow continue to mount. Following the outcry, the State Department proposed new dates for the meeting.

Many belonging to the alliance are wary of Trump, especially after he called NATO "obsolete" and tweeted last week that Germany owes "vast sums of money to NATO and the United States."

The meeting comes as NATO seeks to expand eastward along the border with Russia. Trump has repeatedly expressed his admiration of Russian President Vladimir Putin.

Also on Saturday, German Defense Minister Ursula von der Leyen said the US should "acknowledge what individual nations contribute on a daily basis to NATO" in an interview with Italian newspaper La Repubblica.

The defense minister emphasized Germany's many contributions to NATO, including its support of Eastern European alliance partners and its work in countries like Kosovo and Afghanistan.

In response to Trump's critical tweet, von der Leyen said other areas need to be factored in to how Germany contributes to its defense, such as humanitarian aid and diplomacy.