Tightened security at French and German airports ahead of Christmas

French and German authorities said they have been responding to credible threats. However, some airports maintained they were merely taking precautions. 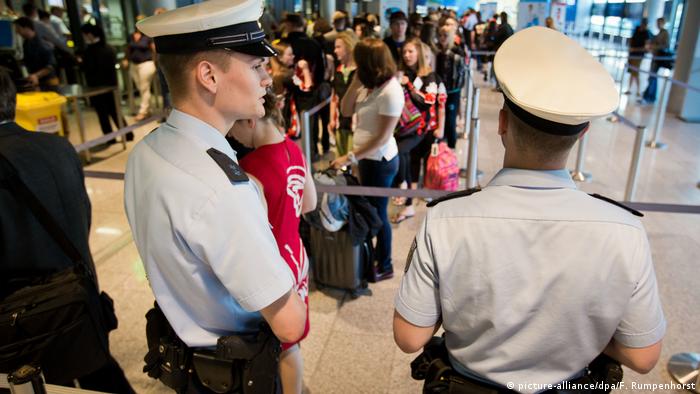 Airport security was beefed up early Friday morning in southwestern Germany following warnings from Moroccan security authorities of a potential attack on an airport in the Franco-German border region.

The tightened measures were reported at Stuttgart, Friedrichshafen, Karlsruhe/Baden-Baden and Mannheim.

At this time of year, airports across Europe receive tips, some of them highly credible, from many other countries around the world.

Two days after an attack on the Strasbourg Christmas market, police found the very men described by their Moroccan counterparts in a German-licensed vehicle at Paris' Charles de Gaulle Airport.

Another credible tip involved a father and son from the German state of North Rhine-Westphalia who appeared to be casing some of the country's airports. Police said they had made four arrests related to the possibility that extremists were surveilling German airports.

But some airports were keen to downplay the risk of perceived threats, emphasizing that increased security around the holidays is routine.

At Stuttgart Airport, a spokesman said he could "neither confirm nor deny" reports that the transport hub had been the subject of a threat, possibly being "observed" by would-be terrorists.

In a press release, Stuttgart police said that stepped-up security measures "are purely precaution. There are tips or incidences all the time, especially around Christmas. Coming right after the terrible attack in Strasbourg, we must be vigilant."

Police asked citizens not to overreact and said that "there are currently no indications of a concrete threat to the airports in Baden-Württemberg," the state of which Stuttgart is the capital.

Later on Friday, the airport clarified that "according to the information now available, the observation of the Stuttgart airport has no connection with planned or the planning of Islamist activities."

London's Gatwick Airport closed due to drones over airfield

A 5-year-old girl was found wandering alone through the Stuttgart airport after her parents drove off without her. The parents traveled home separately and each assumed the child was riding with the other person. (02.10.2018)

A relieved Strasbourg prepared to reopen its popular Christmas market on Friday after French police shot dead the gunman who killed five people there in an attack. (14.12.2018)