Multiple sightings of unmanned aerial vehicles over the airport's runway have led to flights being grounded or rerouted. Gatwick is Britain's second-busiest airport after Heathrow. 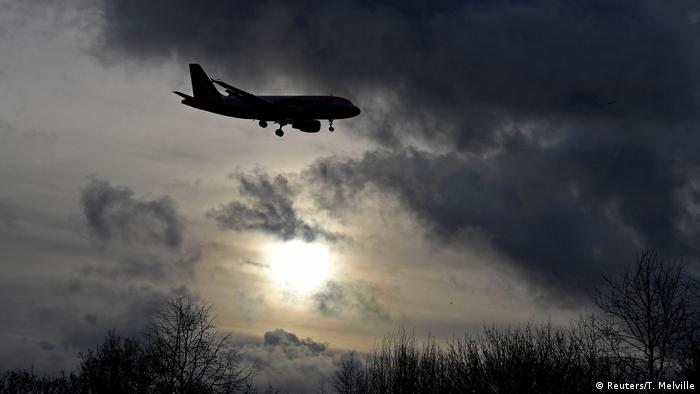 London's Gatwick Airport said on Friday that its runway was "currently available," with a limited number of departures and arrivals planned, after the airport was shut for more than 30 hours due to drone activity in the area.

In a notice posted on its website early on Friday, the airport said it would try "to introduce a limited number of flights" in the course of the morning. It spoke of 700 planes being due to take off but warned of delays and cancelations, saying passengers should check the status of their flights before going to the airport.

Chris Woodroofe, Gatwick's chief operating officer, told BBC radio that the police and army had put in place "mitigating measures" that allowed the airport to be reopened. He did not say whether the measures included a plan to shoot down drones.

Detective Chief Superintendent Jason Tingley of Sussex Police told reporters on Thursday that shooting down drones was "one of the options" for removing the disruption.

Two drones flying over the airport caused officials to suspend and divert flights on Wednesday and Thursday.  Although the runway was previously reopened at 3 a.m. (03:00 UTC) on Thursday, another drone sighting 45 minutes later caused it to be closed again.

As a result, planes were unable to depart, while a number of flights scheduled to land were diverted to other airports.

Police described the drones as "unusually large" and said they believed the flights were being operated deliberately in a bid to disrupt the airport at one of the busiest times of year. Gatwick's only runway was bare for more than 30 hours

UK Transport Secretary Chris Grayling told BBC television on Friday that military technologies had been used "to give confidence that aircraft can be safe," while admitting that "this technology is only just emerging."

Late Thursday afternoon BBC defense correspondent Jonathan Beale tweeted that the Ministry of Defense was in "discussions with the police about any military capability that could be provided to assist with their operation."

A spokesman for Downing Street reported that Prime Minister Theresa May was receiving regular updates on the situation. On Thursday, May spoke of the seriousness of the incident and expressed her sympathies for stranded passengers.   Government officials also held an emergency meeting on Friday to discuss the situation.

Despite May's claims that the UK government had already enacted laws to stop such drone incursions, Britain's Guild of Air Traffic Control Officers says its calls for geofencing, which uses software to prevent drones from entering restricted airspace, "have been repeatedly dismissed by regulatory bodies." The organization also warned that incidents like the one currently playing out at Gatwick will "continue to be a threat until appropriate measures are taken."

Police said the drone flights were a "deliberate act to disrupt the airport," but that there were "absolutely no indications to suggest this is terror-related."

"We are continuing to search for the operators," Sussex police said. Authorities wrote on Twitter asking for the public's help in finding the operator of the drones, including a direct phone line. 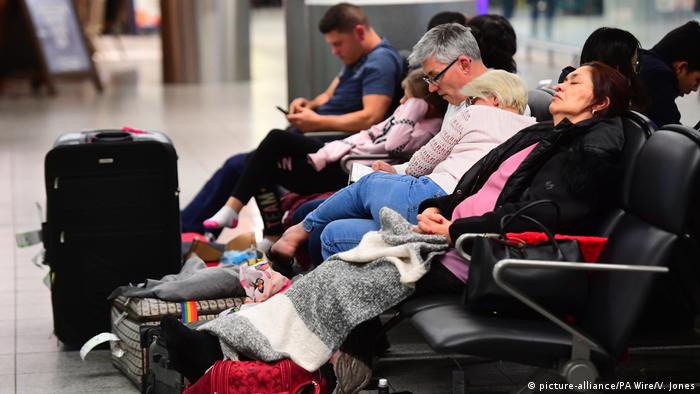 Travel plans have been disrupted for thousands of travelers

In July 2018, the UK made it illegal to fly a drone within 1 kilometer (0.6 miles) of an airport, in an effort to tackle the issue.

The number of near misses between private drones and aircraft more than tripled between 2015 and 2017. Some 92 incidents were recorded 2017, while 117 have taken place so far this year, according to the UK Airprox Board.

"Even two kilograms of metal and plastic, including the battery, hitting an aircraft windscreen, engine, or a helicopter tail rotor, could be catastrophic," Rob Hunter, head of flight safety at the British Airline Pilots Association (BALPA), said in a recent statement.

In October, an unmanned device "put 130 lives at risk" after nearly hitting an aircraft that was approaching the airport, BALPA said.

The closing comes ahead of the busy Christmas season. Gatwick, Britain's second-busiest airport after Heathrow — Europe's biggest airport — is expecting a "record-breaking" 2.9 million passengers during the holidays.

The airport is situated about 45 kilometers (30 miles) south of the British capital, London.

After three days of delays and stranded passengers in 70 countries, British Airways (BA) expects to run a full flight schedule out of London Heathrow. Delayed baggage would be with passengers "as soon as possible." (29.05.2017)

A government-appointed commission has suggested the building of a new runway at London's Heathrow, one of the world’s busiest airports. The plan could cause an uproar among environmental activists and politicians alike. (01.07.2015)