German air safety warns: Drones not just for Christmas | Germany| News and in-depth reporting from Berlin and beyond | DW | 22.12.2016

Some 100,000 drones are expected to be given as presents in Germany this Christmas. And the head of Germany's air safety authority wants new rules in place to cover the aircraft. 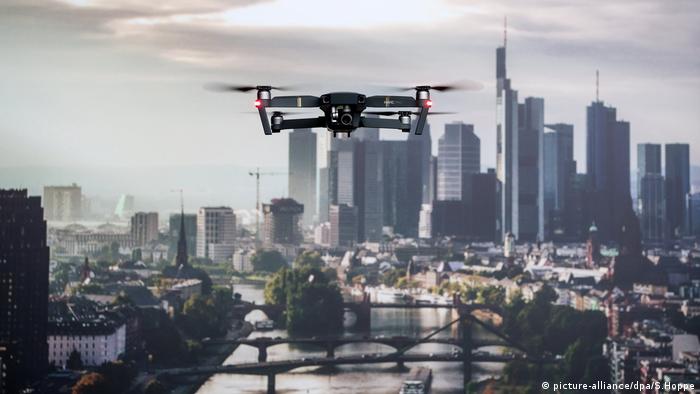 The head of Germany's air traffic control authority (DFS) is worried. His organization, a state-owned company, has estimated that some 100,000 drones will be piled under German Christmas trees this winter, and director Klaus-Dieter Scheurle isn't sure if all their new owners will have been properly apprised of the rules of the sky when they take them out in the festive aftermath.

"There are already rules today that no drones are allowed to fly in the approach and take-off zones of major airports or within 1.5 kilometers [0.9 miles] of an airport fence," he told the WAZ media group on Thursday. "But apparently not every drone pilot knows that or pays attention to it."

There has been a massive increase in reported "obstructions" this year - airplane pilots have reported 63 incidents this year - up from 15 in 2015. Other European countries have reported similar incidents - in the UK in April, a British Airways jet was hit by a suspected drone as it landed at London's Heathrow airport, while in August a passenger plane narrowly avoided being hit by a drone as it prepared to land in the southwest of the country.

And now that drones start at prices from as little as 30 euros ($31) in some online stores, the DFS is expecting a swarm of airborne robots in the coming years: by 2020, the organization expects more than a million civilian quadrocopters and multicopters to cloud the skies of Germany - more than double the number owned by Germans today.

As far as Scheurle is concerned, the rising numbers make it only a matter of time before there is a collision with a plane. Even if most drones on the market are light enough not to trouble a commercial airliner if they do hit, anything over five kilos could well cause a serious problem.

"This is in no way a trivial offense," he said. "Whoever accepts the possibility of a collision with a passenger aircraft can be prosecuted and convicted. So there's a need for action." 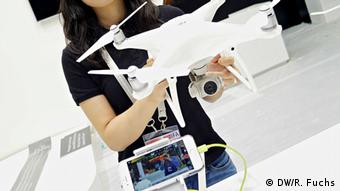 Pilots must be able to see the drone they are flying

The German government is already drawing up plans to mark heavier drones with a registration number linked to the owner's name and address. Meanwhile, at the beginning of December the European Council agreed a "draft regulation" which includes the first-ever EU-wide rules for civil drones to fly safely in European airspace.

The EU, through the European Aviation Safety Agency (EASA), can regulate all drones heavier than 150 grams, and the EASA's new "basic regulation" is no more than a set of principles by which such rules might be framed, such as "Higher-risk operations will require certification, while drones presenting the lowest risk would just need to conform to the normal EU market surveillance mechanisms." 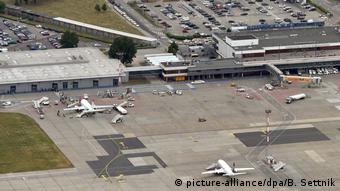 But there are plenty of other things that could be done, and Scheurle has a few more concret suggestions: such as requiring "proof of knowledge" certification for any aircraft heavier than 250 grams and an actual pilot's license for larger models.

Similar action is being considered in Britain, where a consultation by the Civil Aviation Authority (CAA) is set to discuss introducing new safeguards such as the compulsory registration of new drones, mandatory safety tests and whether to introduce a new criminal offense for drone misuse around "no-fly zones." British prisons have also a reported an increase in the use of drones to smuggle drugs inside.

There are other, more technical challenges. Drones are invisible on a radar screen - and the DFS is working with German telecom operator Deutsche Telekom to come up with a way to use cell phone technology to be able to track drones flying near airports. And then there's "geo-fencing" - the use of electromagnetic "fences" that can potentially stop a drone in mid-flight. Here too, the DFS is working on prototype experiments.

People all over the world are starting to pit their drones against each other in races. Pilots tune their quadcopters and fit them with cameras. Now the first professional competition offers six-figure stakes. (14.11.2016)

A new twist on kitesurfing is drone surfing! It requires extremely powerful drones - the kind that would otherwise transport freight. This clip follows a surfer skimming across the water beneath a drone. (01.11.2016)