Rwanda made headlines as the first country to pilot blood deliveries by drone. Ghana's parliament has now approved its own drone project, despite initial skepticism. 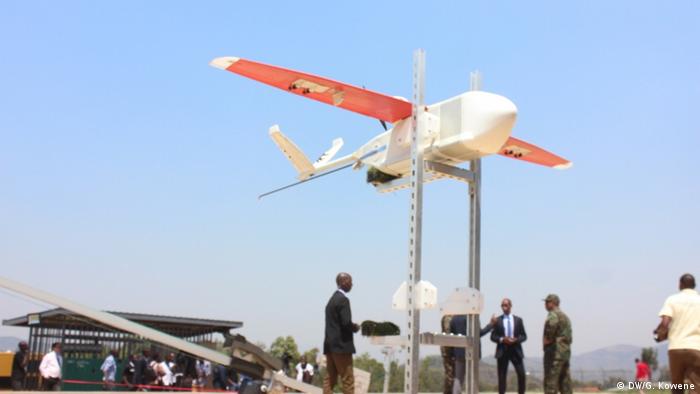 "Everybody, everywhere should have quality care and Ghanaians are going to use drones to deliver drugs and services," announced Nsiah Asare, director general of the government's Ghana Health Service. "We believe that it is the most efficient, effective and cheapest way to deliver to the remotest and underserved areas in the country."

After much discussion and scrutiny, Ghana's parliament has now given the green light to a project with the US-based company Zipline. The company plans to deliver blood, drugs,vaccines and other medical supplies to health centers in remote areas. The procedure: the health center sends a request for supplies via text message; the supplies are packed and the drone launched; in the next 30-45 minutes, the drone drops the package which is slowed down by a parachute.

"If a person comes in and needs blood at 1 a.m., the hospital has two options," explained Daniel Marfo, who is in charge of systems integration at Zipline Ghana. "If they do not have the blood in stock, they can order blood and hope that it gets there in time. The other option is that they can refer them to another facility." In case of accidents or blood loss after giving birth, timely deliveries of blood can be lifesaving.

Over the past 8 months the company has been laying the ground work for the project in Ghana, understanding the health care landscape and looking into how they could improve the supply chain system, Marfo told DW. Once the project is approved by Ghana's procurement authority, it could take off within the first quarter of 2019.

The Silicon Valley start-up initially piloted its medical delivery service in 2016 in Rwanda where it supplies 21 health centers from one site and is currently opening a second site. Rwandan officials speak of a decline in stock-outs and expired blood, due to the quick deliveries. According to Zipline, it now supplies 20 percent of Rwanda's blood supplies outside the capital Kigali.

Rwanda, which likes to portray itself as a front-runner in technical advances, has led the way. Members of Ghana's parliament, however, seemed skeptical that the drone deliveries could work in Ghana. "You can't even assemble an array of ambulances to meet the health needs of our people, you are talking about drones," said Inusah Abdulai Fuseini, minority spokesperson in parliament.

The lack of ambulances and poor road network is something that Franklin Cudjoe from the Ghanaian policy think tank IMANI addressed. "The challenges with the health system is about the medical supply systems which are in decrepit situation," he said. "We have just under fifty or so ambulances for the country." Before drones are introduced, the critics argue, the ministry should first show that it can handle its infrastructural problems.

Kobby Blay, a doctor who works at a rural community in the southern part of Ghana also thinks the drones shouldn't be a priority. "The drones may be necessary at a point but on a large scale for now it is not the case," he told DW. 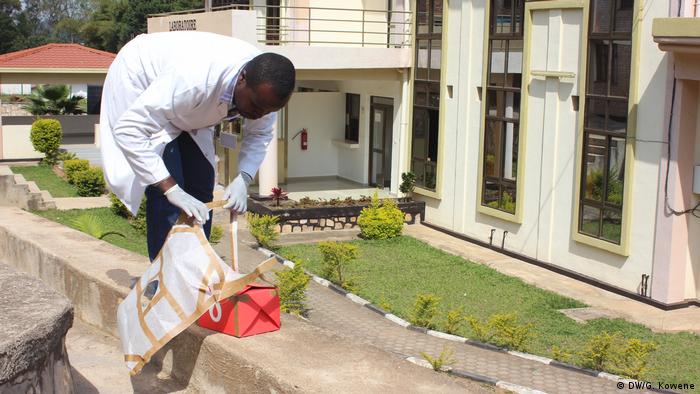 That the Ghanaian case is different is of course true, Marfo from Zipline told DW. "Ghana is much bigger than Rwanda, so Zipline has to think of how it scales quickly, how it thinks of deploying its service more quickly and efficiently," he said.

Together with the ministry of health, the company mapped out its distribution sites, which will house emergency stocks of medicine and supplies and function as the launch pads for the drones.

The first of four sites is located in Suhum in eastern Ghana. "You have communities that need to cross by boats which move only once or twice a day to get to those places," Marfo explained. Within the first year, a second site is planned. The drones only fly within a radius of 80 km and the first distribution site is expected to cover 500 health facilities.

The high cost of the drone program was another matter of debate in Ghana. Per month, each site will cost around $88,000 (€77,000) when running at full capacity. A four year contract amounts to a bill of $12 million for the country.

While some argue that the money could be put to better use, Marfo explained that the government would only be paying for the actual delivery service. "The unique thing about this project is that a lot of corporate organizations are taking up the cost of the project as part of their corporate social responsibility," he said. "Currently the Ministry of Health and government are not footing any bill with regards to service costs."