The head of Angela Merkel's CDU party in the state of Thuringia has stepped down in the wake of a voting scandal. He has been slammed for letting CDU lawmakers vote with the far-right AfD to oust a socialist premier. 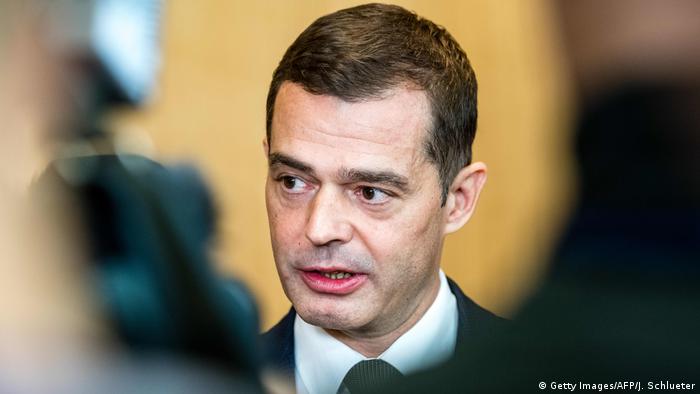 Mike Mohring, the head of the Thuringia chapter of the Christian Democrats (CDU), said on Friday he would step down after a shock vote this month in the eastern state that raised questions about the party's willingness to find common cause with the far right.

In a video on Twitter, he said he hoped to bring much-needed "peace" to the party and allow it to "find a common path." Mohring, who has led the Thuringian CDU since 2014, has been facing ever-louder calls for his resignation.

Mohring already announced last week that he intended to resign as leader of the state parliamentary party in May. That move may be accelerated, with eight CDU parliamentarians pushing for a confidence vote as early as next week.

The announcement comes after lawmakers from his chapter voted together with the far-right Alternative for Germany (AfD) party and the business-friendly Free Democrats (FDP) to elect an FDP premier in the state to replace the popular Left politician Bodo Ramelow. Ramelow lost by just one vote. 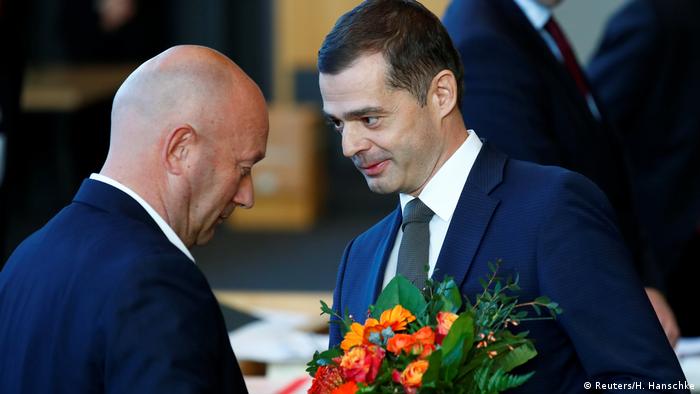 Mohring was among the first to congratulate Thomas Kemmerich on his election in the chamber, although he said he told the party not to do so publicly, sensing that an outcry would follow

The combination of votes from centrist parties and the far right electing someone to the most powerful position in the state sent shockwaves through German politics. Among other things, it led to the shock resignation on Monday of Merkel's successor as national CDU leader, Annegret Kramp-Karrenbauer, amid accusations of a lack of authority in imposing a party line.

Merkel herself called the far-right-backed election of FDP politician Thomas Kemmerich as Thuringia's state premier "unforgivable" and urged the result to be "reversed."

Kemmerich has since himself stood down.

State representatives of the Left party, the Social Democrats and Greens are to meet with four CDU lawmakers on Monday to discuss how to resolve Thuringia's political crisis. Sources close to the affair say that Mohring will not attend the meeting.

At a national level, the CDU rejects any institutional cooperation with the AfD, but also with the Left.

Read more: Desolation and hope in German city of Erfurt after far-right vote