Germany's employment agency has estimated that at least 30,000 refugees have found jobs in the country since spring 2015. But the government is struggling to help many more unemployed enter the workforce. 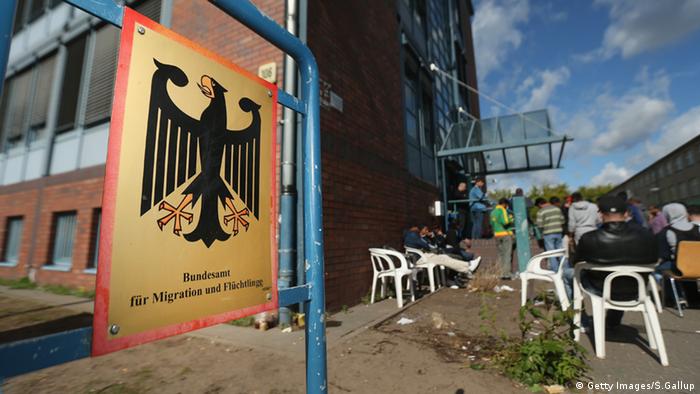 The chief of Germany's Federal Employment Agency says tens of thousands of refugees have entered the workforce though many challenges remain.

Last year's refugee flow into Germany has left the nation less welcoming, according to a new survey. Conflict researchers say traditionalist Germans want their old "order" but liberals insist on acceptance of diversity. (07.07.2016)

"Refugees mostly go into sectors where there is a lack of suitable applicants," Federal Employment Agency chief Frank-Jürgen Weise told the Rheinische Post in an interview to be published Monday.

A quarter of employed refugees were working on temporary contracts. Many had menial jobs as janitors or as security guards.

That is laudable, he said. "On the other hand, we currently have in terms of asylum seekers 130,000 people who are unemployed and on benefits," Weise said.

Critics of the law included Germany's integration commissioner, who said the restrictions risked alienating recent arrivals. Commissioner Aydan Özoguz said that, while the law was an important step in guaranteeing integration measures for newcomers to the country, the legislation failed to define who is entitled to state support.

"A legal definition of 'good prospects for permanent residence,' which has become the deciding criterion for access to language courses and education subsidies, is missing," Özoguz told the media group Redaktionsnetzwerk Deutschland.

A recent University of Bielefeld survey found that nearly 43 percent of the German public thought the "increasing diversity" of German society was good a good thing. This marks a drop from two years ago, when support for a more diversified population stood at 47 percent.