After months of slow development, Germany finally took a visible step forward. While they met their expectations against Belarus, it was the emergence of Ginter, Goretzka and Gündogan that impressed the most. 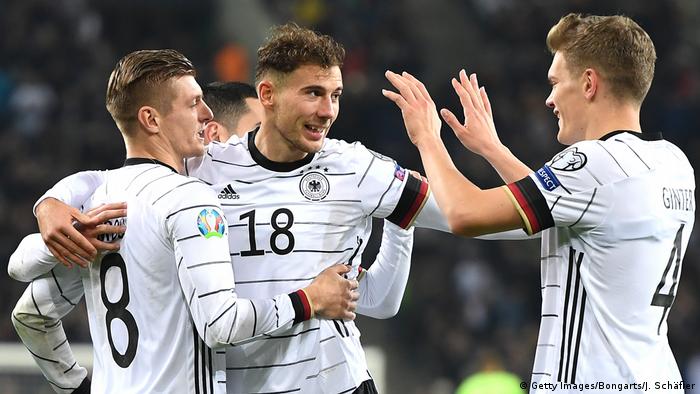 Germany got the job expected of them done in Mönchengladbach, shaking off the cold and some clunky play to seal a win that secured their spot at EURO 2020 next summer. It was, for the most part, as unspectacular as a cold, November qualifier sounds, but there were a few encouraging signs from a Germany team still unsure of what stage they are at in their rebuilding process.

Save for the efforts of a band in the stand generating heat and an atmosphere often missing at Germany games, the first half looked set to pass without incident before Matthias Ginter's goal. Any goal is well-timed, but with the first half nearly over and Belarus having just forced Manuel Neuer into a strong save, it was the perfect time.

Ginter's goal was audaciously taken and deserving of Germany's best player on the night. The 25-year-old was industrious all night, surging forward, chasing back and keeping his head up. After opening the scoring with a backh-eeled finish - his first goal for Germany - he dummied superbly for the second and then set up Toni Kroos himself for the third. And all this, on his home ground.

There have been valid concerns about the depth of Germany's defense, particularly after Niklas Süle suffered a knee injury that could keep him out of the EURO 2020 next summer. With Antonio Rüdiger also working his way back from injury and Mats Hummels spending the weekend reading to kids in a school to celebrate national reading day, there is a noticeable absence of prestige at the heart of the backline. Tonight, admittedly against a weaker opponent and without having to do too much defending, Ginter stepped into that void admirably.

The same could be said for Leon Goretzka, who returned to the Germany squad after his own lengthy injury lay-off. The Bayern midfielder formed a playmaking partnership with Ilkay Gündogan that took a while to warm up, but did enough to suggest it's a duo worth exploring. His goal was a typically cool finish, but his general liveliness was encouraging. He looked like a man not just keen to be back on the pitch, but one also out to prove a point. 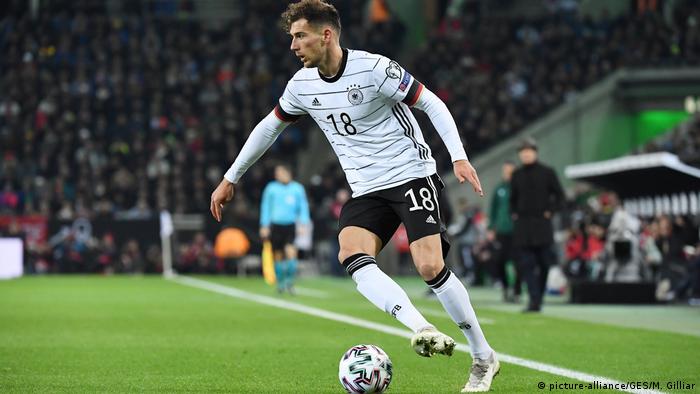 Ginter, a man who Löw thinks is perhaps underrated when he wears the Germany shirt, and Goretzka have all the necessaries to lead this team next summer. Ginter is a World Cup winner, struggled at Dortmund but has since made a home for himself at Gladbach and has played over 200 Bundesliga games. His development has been steady and consistent, and now he has the chance to lead by carrying the water rather than the armband.

Goretzka, if he can stay fit, has the feet and the mouth to help this team. The former were on show against Belarus, and this year he has spoken out agains racism, sexism and homophobia. "I'm a child of the Ruhr region. There, the answer to the question of nationality is Schalke, Dortmund or Bochum," Goretzka famously said. This Germany team is badly in need of an athlete willing to be more than just another player - and with Goretzka they have found it. If he can stay fit and rediscover the form that he showed at the Confederations Cup, Germany will have to start him.

There was also a case to be made for Neuer, who looked comfortable all game and saved a penalty late. With ter Stegen starting against Northern Ireland next week, Neuer's performance was as his goalkeeping on the night - timely. In truth though, it was the three Gs - Gündogan, Ginter and Goretzka - who blazed on a cold night in Gladbach.

Löw was right to admit before the game that Germany are not favorites for next summer's tournament. Tonight though, while Germany's playing style took a small step forward as they booked their ticket to EURO 2020, the emergence of long-term characters that could shape their fate at the summer showpiece was far more important.

Joachim Löw: 'We’re not among the Euro 2020 favorites'

With two matches left in their Euro 2020 qualifying campaign, Germany are one small step away from qualifying. But coach Joachim Löw insists his team will not be one of the tournament favorites. (15.11.2019)