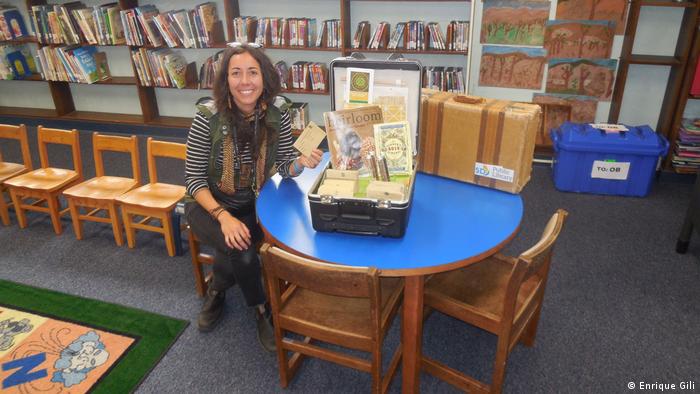 At first sight San Diego's Ocean Beach branch is much like any other public library: people browse the shelves, sit at tables reading newspapers and use free computers. But perched on top of the reference desk are packets of seeds ready, just like books, to be checked out.

Stored in a salvaged card catalogue, dozens of seed varieties are alphabetically indexed according to their common name, along with details about their source. Since spring 2019, library visitors have been encouraged to take packets of seeds home with them to plant.

Read more: 'Every religion harbors the seed for ecological concern'

The hope is that at least some of the 150 seed library members will come back in the fall with harvested seed samples and tales to tell. Much like public libraries, the seed library is about sharing and building community.

That's why the two seemed like a natural fit to the project creator Destiny Rivera, a soft-spoken library assistant and hobby horticulturist, who inherited her green thumb from her father when growing up in Hawaii.

Rivera's project is one of the latest of over 500 seed libraries that have opened in the United States, Europe and elsewhere, since a group of Californian social justice and food advocates launched the Seed Library Network in 2011. Volunteers of the project posted online guidelines and resources to help others set up their own seed libraries. 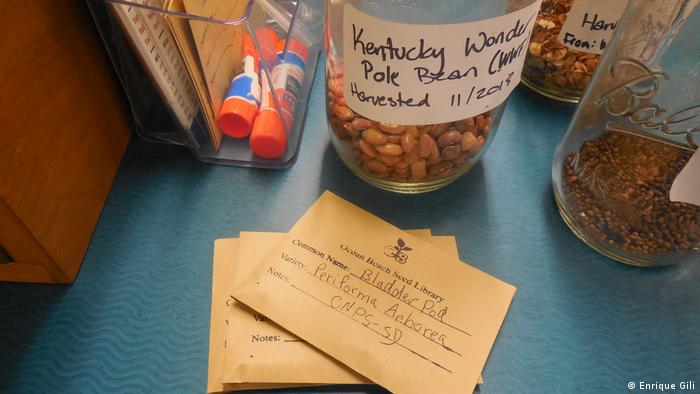 "People are coming forward to tell us that they've been saving seeds in their garage for years," said Rivera, referring to the contributions made by library users to the seed collection. The Ocean Beach library also received seed donations from community members to launch the endeavor.

The Seed Library Network aims to educate the public about the unique plants and soil types in their region - be it mountainous, coastal, desert, rural or urban. In order to meet the needs of the communities they serve, each library is a little different.

In Ocean Beach, Rivera saw the seed project as a way to add yet another facet to the seaside town's thriving and open-ended food scene, which includes a farmers' market, community gardens, and a food co-operative.

The library has also partnered with experienced gardeners in San Diego County to lead a series of workshops on seed saving and gardening techniques designed for people of all skill levels and abilities.

Read more:The gardens of Quito: Urban farming in one of the world's highest cities

Leigh Watson Adams, a landscape designer by trade and one of the more experienced seed library members, joined to meet other gardening enthusiasts.

"If you grow from seed and nurture the plant the whole way through it's definitely advantageous,” said Adams. "It's like you're rooting for them." 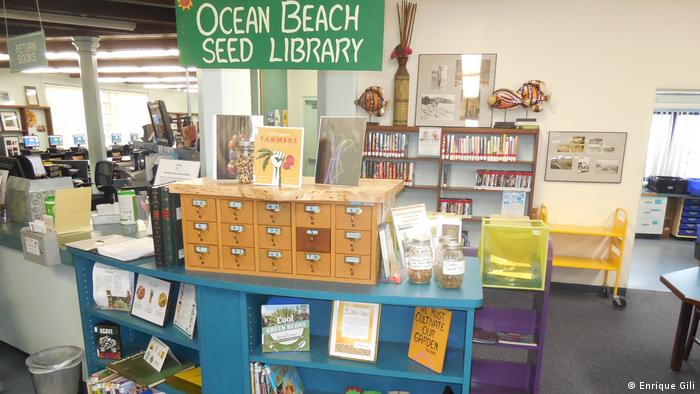 Local members of the community donated to seeds to the library

"One way to foster independence from large-scale agricultural production is to grow your own food and medicine," said Lou.

Lou's organization offers workshops to San Diego residents on gardening and plant propagation, including library members at Ocean Beach. He reiterated something that's a commonly held belief by members of the food movement and reinforced by UN FAO findings: that the corporate control and patenting of seeds could lead to further losses of crop diversity, as companies focus on just a few crop varieties, such as wheat and soy.

Read more:Mutatoes: The models of the vegetable crate

"Seeds are a natural resource that belongs to all, they shouldn't be controlled and manipulated by a handful of companies," said Lou.

One way to ensure that unusual varieties of fruit and vegetables don't fade from the dinner table is to locally harvest them. Lou maintains a large garden plot in San Diego County, where he grows a variety of heirloom crops to feed his family and friends. He believes having seeds on hand to plant is an essential part of the process. 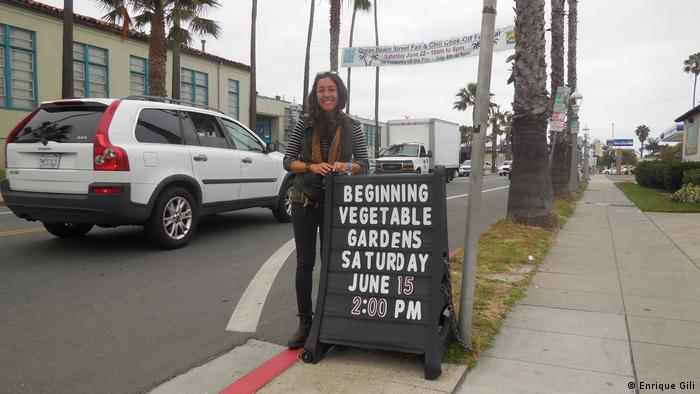 A boost for seed savers

California's seed savers, like Lou and the Ocean Beach library, received a big boost in 2016, when then Governor Jerry Brown signed into law the Seed Democracy and Exchange Act.

The law exempts non-commercial seed exchanges from labeling and testing laws, joining Nebraska, Illinois, and Minnesota (states with similar laws) in the process.

"This is a key piece of legislation that gives people the opportunity to trade seeds without running into any potential liabilities or litigation," Lou said.

Read more: A library of invasive weeds and survivors

Rivera acknowledges that the seed library is a work in progress. Whether the archive blooms is up to the neighborhood.

So far there are reasons to be optimistic. Rivera is seeking additional volunteers to help handle the logistics of sorting and archiving hundreds of donated seed packets. On the library's Facebook page, visitors are already sharing pictures of heirloom tomato plants and beans they've grown from seed. In their posts and comments they advise each other on how to best store the new seeds they've harvested, so they can bring them to the library.

"What gives me hope for the future,” she said. "Is that it's a community project and that people do want to get involved."

Moscow authorities have pledged to "renovate" this city of 12 million, and give it a "European" look. But biologists warn that Moscow's natural habitats are disappearing at an alarming speed, with biodiversity at stake. (25.07.2017)