A library of invasive weeds and survivors

What's the difference between a weed and a plant survivor? Anne Percoco and Ellie Irons have been exploring that question through species found on wasteland in New York. With some exciting results. 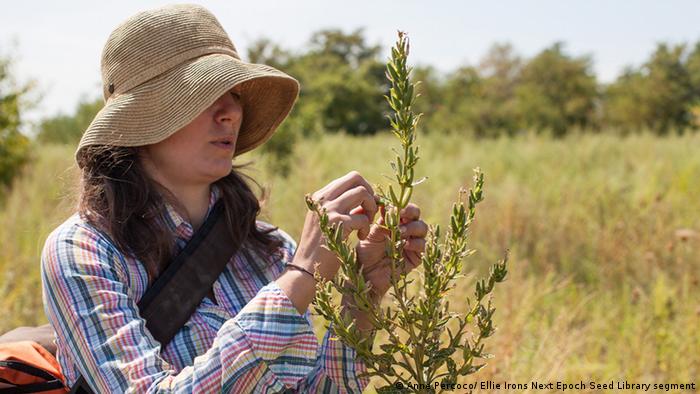 Field botany would be incomplete without illustration and the cataloguing of plant species in their native habitats.
Anne Percoco and Ellie Irons have expanded the practice of seed collection for the purposes of identification and propagation to include non-native species that mesh with their urban environments.

Which begs the question: what do you call a plant that can thrive in harsh urban environments, an invasive weed or a survivor?
The Next Epoch Seed Library, a travelling exhibit, explores this meme. The collaborators collect and curate the seeds of plants colonizing forgotten and abandoned spaces from feral elements of New York’s concrete-bound landscape. Highway strips, empty lots, so-called urban wastelands are the primary stomping grounds for their seed collecting endeavors.

The goal is to create a seed catalogue consisting of wild plants able to grow in areas where other plants can’t or won’t flourish. In so doing, they've identified several dozen species of flora introduced to New York City that have adapted to city living.

Plants strong enough to withstand poor soil and a lack of sunlight, the thinking goes, probably have a good chance of surviving future climate shocks in the years to come.

"These are plants able to form the basis of an ecosystem after the sixth mass extinction," Ellie Irons said.

Sturgeon are among the world's most threatened species. A new hydropower project threatens one of their last breeding grounds in Georgia's Rioni river.