'The more roads you have, the more conflict there will be with wildlife' 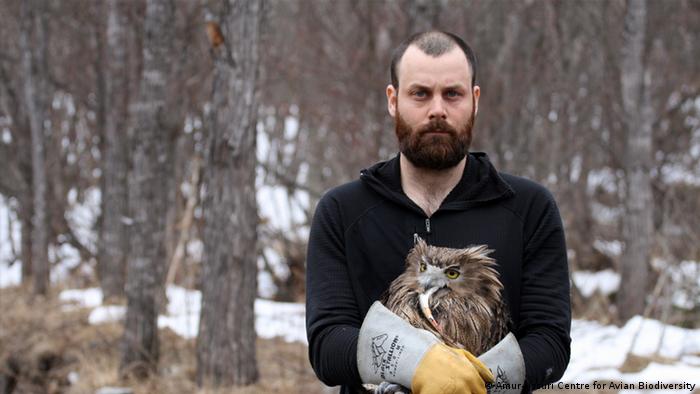 US conservationist Jonathan Slaght has been fascinated by Russia's Far East ever since his first visit to the region in the 1990s. The Wildlife Conservation Society’s (WCS) Russia and North East Asia program coordinator has since become an expert on fish owls, Siberian tigers and the other wildlife that populate the remote region. He spoke to DW about his fascination with the region, the world's biggest owl and the unlikely ally he found in the logging companies in his efforts to preserve the pristine wilderness.

What fascinates you so much about the Blakiston's fish owls and Russia’s Far East?

They are an improbable species. They are the largest owl species in the world and they rely on salmon as their main food source, yet they live in a place where the temperatures regularly drop to the minus 30s and the rivers freeze over. But they have found a fascinating way to pull it off: They choose territories around locations where hot spring water wells up and keeps patches of river from freezing over year in year out.

To me, they are a symbol of pristine Russian wilderness because they require old growth trees to survive. They need clean rivers, so if you have logging and a dirty river, then there are no salmon and there are no owls. They require remote pristine Russia and for me that is worth protecting on a personal and professional level.

What are the main threats facing Fish Owls?

I would say there are three threats. The first is owls getting hit by vehicles. There are a few hundred fish owls in Japan as well and vehicle strikes there are a massive problem. For the fish owls, the roads are fantastic. They like to sit on bridges and prey on frogs that go across the road. As a result, the birds are getting hammered pretty badly by cars in Japan. Until recently that was not a problem in Russia. But as the roads have got better and are going deeper into forests, there have been several incidents recently, where fish owls have gotten hit by cars. 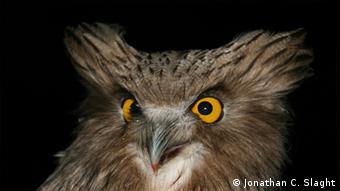 The second one is that the new logging roads give poachers who catch salmon better access to the rivers. Their nets typically span the entire waterway and block almost every single fish trying to get upstream. So it is likely having an impact on the main food source of the fish owls.

The last one is trees. It takes two to three hundred years for trees such as Japanese poplar or elm to get big enough to sustain a fish owl nest cavity. These big trees have been used historically by the logging companies to build their bridges and when a bridge is washed away in a spring flood, which happens regularly, and there is then a need to re-access these areas, another tree is cut down.

You have begun a new conservation project where you are working directly with logging companies that are often naturally a threat to conservation efforts. How did that come about?

It began when I was looking at the prevalence of poachers on some of the old logging roads in the region. These roads are all more or less in river valleys and that is prime fish owl habitat. I did a study with a dozen fish owls using GPS trackers, for example, and the furthest distance they were ever found from a river was 900m, and out of nearly 2,000 locations, only five were outside a river valley. So you can definitely say that fish owls stay in river valleys.

I also found that logging roads had proliferated 27 times in the last 30 years. So we took some of this information to a meeting of all the logging companies that harvest in Russia. We showed them that the increase in logging roads means 60 percent of the area is now accessible by road. We also showed them some examples of how fish owls are being hit by cars, how tigers are being poached. And we showed them how logging companies are being impacted, showing pictures taken by camera traps, of trucks moving illegal wood out. 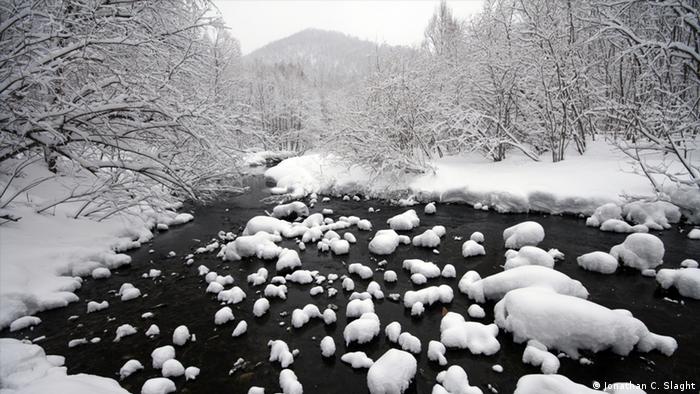 The fish owls pick their territory wisely. They live near parts of the river where hot underground springs keep the river from freezing over so they can catch fish even in winter.

We expected them to be intrigued by what we were saying and maybe think about a follow-up meeting. But right away the main logging company in the region, TerneyLes, which operates 90 to 95 percent of the roads in the county, immediately agreed and said this is a serious issue, let’s work on it.

We had a follow up meeting where they showed us areas where they are finishing up their logging operations.The company asked us to rank these on conservation value. So of the several they are closing we picked one going up a river valley and by knocking out a single bridge with a bulldozer it essentially eliminates access to a several hundred kilometer long river range.

The area is so sparsely populated, there are only half a dozen villages scattered very broadly. So by removing access to these roads it is essentially creating protected areas, because if there are no roads, no one is going to go to these areas. So by this relatively simple act of blocking access to a certain patch of forest it has tremendous conservation effect.

The more roads you have going into these areas, the more conflict there will be with wildlife. The work we are doing with road closures I see as a way of maintaining the balance between human needs and wildlife needs.