The Mexican men who want to end violence against women | Americas | North and South American news impacting on Europe | DW | 28.06.2020 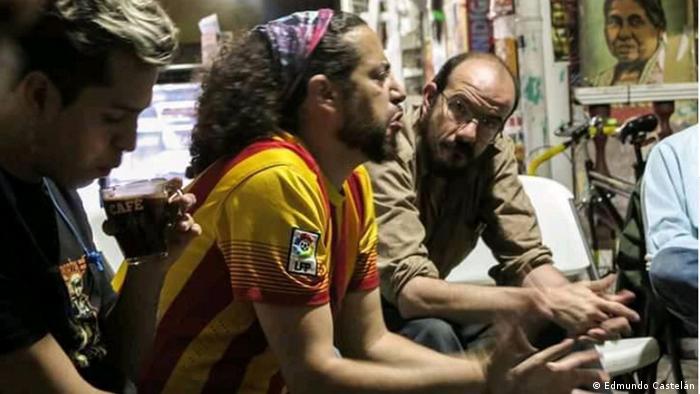 Since stay-at-home and social distancing measures were announced in Mexico to slow the spread of COVID-19, Saturdays have been busy for Arturo Reyes, a 29-year-old psychologist and a staff member at Gendes, an organization dedicated to assisting men to stop violence against women.

At his office in central Mexico City, Reyes has been spending his weekends taking calls on his cellphone for the helpline that Gendes established when the measures were announced. The helpline is staffed around the clock and provides preventative psychological support to men who feel they are at risk of using violence on their partners or children.

Gendes has been around since 2013 and is a leading light in a growing number of groups and organizations in Mexico that, through public education and personal support, work with men to stop violence against women. They aim to reconfigure the harmful ideas about gender roles that contribute to the high rates of this violence in Mexico, especially within intimate relationships. The most recent government data shows that seven out of every 10 women have experienced violence at some point in their lives, and of those, almost half (43.9%) were abused by their husband, boyfriend or partner.

Much of the violence is deadly. In January 2020, the data showed that 10 women a day were murdered — many in their homes, by their male partner. Indeed, femicide is on the rise: Two years ago, it was seven women a day. The National Citizen's Observatory on Femicide says there is 99% impunity for this crime, while impunity for other crimes in Mexico is consistently rated at around 90%.

The federal government announced measures to combat the spread of COVID-19 in March, encouraging Mexicans working in industries deemed "non-essential" to stay in their homes whenever possible — not going out to work and only going outside if necessary to buy food and medicine. While this has not been realistic for the vast majority of Mexico's workforce, of which around 60% work in the informal economy, it does mean that thousands of families suddenly found themselves spending a lot more time than usual together under the same roof. 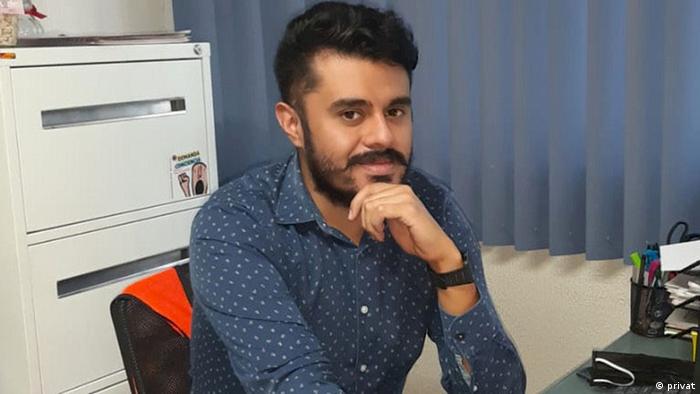 Arturo Reyes has seen men's behavior change after turning to his organization, Gendes

"Men who are normally working outside the home and also spend time socializing with other men are suddenly at home all day with their partner and children," says Reyes. As with lockdown measures around the world, this has increased the risk that men will use violence on their family.

"I started to see the necessity to question myself as a man, and to do this collectively with other men, due to the recent wave of feminist activism in Mexico in which women have started to criticize and make visible their experiences," says 41-year-old Edmundo Castelan, a sociologist.

Castelan is the founder of a group based in Mexico City called Hombres Necios ("Foolish Men"), which was formed in October 2019 and holds discussion groups on gender, masculinity and power in which men are encouraged to connect with their emotions and examine their ideas about men's role in society.

It started with a Facebook page where he shared resources and encouraged discussion about generating equal, non-violent relationships. As more people began to engage with the page, he started to coordinate face-to-face "circles of reflection," held weekly (photo above). With COVID-19 social distancing measures, the circles of reflection have continued online.

Responsibility for violence is key

Arturo Reyes says that getting men to accept responsibility for violent actions, rather than seeing their violence as a product of a two-way relationship or the fault of their partner, is the crux of working with men on men's violence. 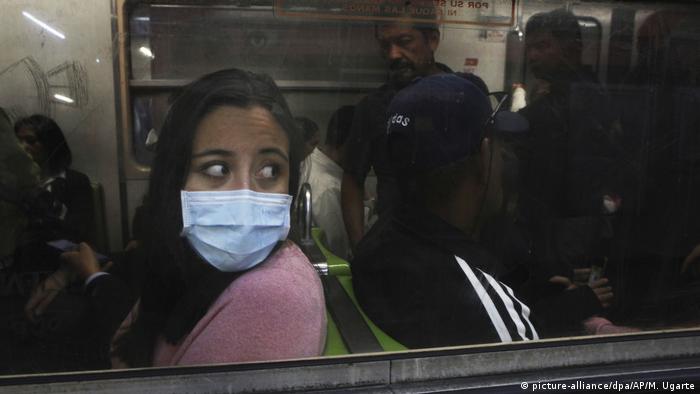 When a man calls the Gendes helpline, Reyes will begin by asking questions aimed at identifying exactly how they see the problem they are calling about. Then, the man is invited to reflect on why the problem might be occurring, which can lead to a commitment to change or prevent violent behavior. Callers may also be referred to specialist services, such as psychotherapy for further help.

Reyes says he has seen many men change after participating in Gendes programs. As one woman, the partner of a man who Gendes worked with on anger management and conflict resolution, puts it: "His anger no longer goes from zero to 10 immediately. He tries to work things out verbally and has stopped his outbursts of anger, he no longer hits me or hits things."

Quarantine has only amplified femicide and violence against women. In the first month that families began staying at home together in large numbers, the national network of women's shelters reported an 80% increase in calls seeking help for gender-based violence. At least 209 women have been killed. Moreover, Mexico's president, Andres Lopez Obrador, has made several statements denying that violence against women has increased — saying, for example, that he believes 90% of calls to 911 seeking help for abuse in the home are false, and that the strength and solidarity of the family in Mexico is a bulwark against such abuse. 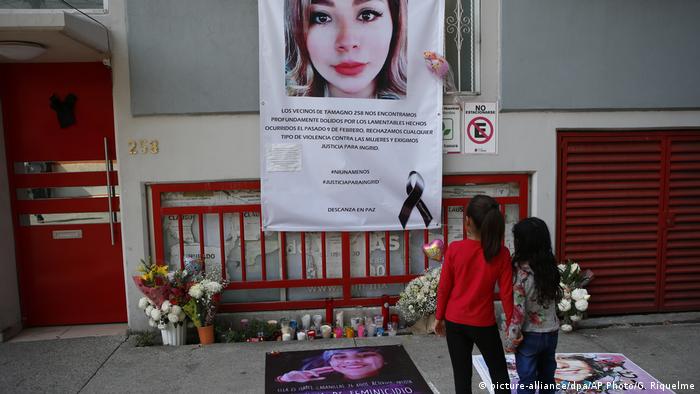 The murder and mutiliation of Ingrid Escamilla, allegedly by her partner, prompted outrage in Mexico in February

Both assertions have been challenged and disproved by researchers at Mexico's Metropolitan Autonomous University and independent media.

"Working with men is not a strategy that I think has worked" [to mitigate violence against women], says Maria de la Luz Estrada, a sociologist and coordinator of the National Citizen's Observatory on Femicide, referring to models that emphasize therapy. Rather, she believes a more explicit model of "men reeducating men" would be more effective. She criticizes the therapeutic response's focus on men's emotions, which "reinforces the idea that men do not know how to control themselves."

Yair Maldonado-Lezama of Gendes acknowledges that there is a long road ahead to ending gender inequality and violence in Mexico.

"One phrase I use a lot is that 'a man who cries and washes the dishes is not necessarily knocking down the patriarchy.'"

The recent death of a construction worker in custody has triggered a wave of protests against police violence. Officers claim that they have been left in the lurch by politicians and need more resources. (18.06.2020)

As authorities across the region struggle to contain the pandemic through curfews and lockdowns, few have thought of the knock-on effects. For many women, more time at home means more physical abuse from family members. (02.04.2020)