During the Third Reich, Germany had a small black community, yet relatively little is known about their life in the Nazi era. Deutsche Welle takes a look at survival strategies under Hitler's oppressive regime. 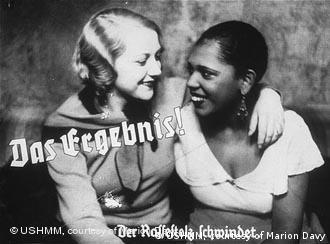 Between 20,000 - 25,000 blacks lived in Nazi Germany under Hitler's rule.When asked about blacks in the Third Reich, Germans are most likely to talk about the Afrika Schau. In his book, "Hitler's Black Victims," American University researcher, Dr. Clarence Lusane writes that the Africa Schau was a traveling show that began in 1936. The show's owners were Juliette Tipner, whose mother was from Liberia and her white husband, Adolph Hillerkus. The aim of their spectacle was to showcase African culture in Germany.

In 1940, the Afrika Schau was taken over by the SS and Joseph Goebbels who "were hoping that it would become useful not only for propaganda and ideological purposes but also as a way to gather all the blacks in the country under one tent," writes Lusane. For blacks who joined the Afrika Schau, it became a means of survival in Nazi Germany.

Duke University historian, Dr. Tina Campt, whose research deals with the African Diaspora in Germany said that "it was possible that blacks who were involved in it used it for purposes that were not the intention of those who organized it. So if the Afrika Schau dehumanized people, there were ways that blacks involved in it could use it as an opportunity to make money, as a site to connect to other black people," she told Deutsche Welle.

However, the show was unsuccessful and was shut down in 1941. Also, it could not gather all the blacks in the country under one tent possibly because it only accepted dark-skinned blacks who appealed to the stereotype of what was considered African.

The fate of the "Rhineland Bastards" 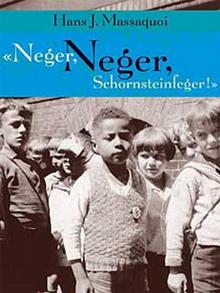 Most of the light-skinned blacks living in Germany during the Third Reich were of mixed blood, and a good number of them were the children of French-African occupation soldiers and German women in the Rhineland. The existence of these children is and remains common knowledge because they were mentioned in Hitler's book "Mein Kampf" ("My Struggle"). In Nazi Germany, the derogatory term, Rheinlandbastard (Rhineland Bastard), was used to describe them.

Deutsche Welle spoke to leading German historian Prof. Reiner Pommerin to find out what happened to these children. "I published a book in the 70s, which told the reader about the sterilization of mixed blood children. These were children who had been fathered by occupation forces - mostly French occupation forces," he said. His book, "Sterilisierung der Rheinlandbastarde. Das Schicksal einer farbigen deutschen Minderheit 1918 - 1937" ("Sterilization of the Rhineland Bastards: the fate of a colored German minority 1918 - 1937") publicized the sterilization of the Black minority in Nazi Germany.

Prior to the publication of the book in 1979, this information was unknown to the public. The sterilization of biracial children was carried out secretly because it went against 1938 Nazi laws and procedures. The exact numbers remain unknown, but it is estimated that 400 children of mixed blood were sterilized - most without their knowledge, Pommerin said.

Today, the fate of the "Rhineland Bastards" still remains largely unknown. The lack of public knowledge regarding their fate may have to do with the "lack of public interest in minorities," said Pommerin. Campt attributes it to the secrecy behind the sterilization program and the nature of the Afrika Schau. "It has to do with the status of the Afrika Schau as a spectacle. So that was set up as a visual spectacle that was supposed to get people to notice something as a display. In that way, it was really publicized in order to get people to think about," she said.

Recognition of the black experience in Nazi Germany 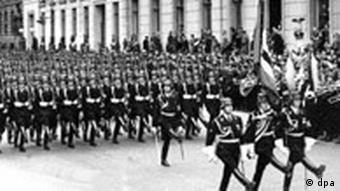 According to Campt, the major difference between the experience of blacks and that of other groups in the Third Reich is the lack of a systematic Nazi extermination plan. Moreover, because of the small number of blacks living in Germany, few people are ready to recognize that there was even a population whose experience can be discussed.

Furthermore, there is little or no support in Germany for researchers working in this area. Unlike in the United States where research on minorities is well-funded due to the legacy of the Civil Rights Movement, "black German scholars who have been doing this work for years don't necessarily get the recognition on the basis of qualifications, on the basis of whether or not they are working within a certain kind of academic scholarly structure for the study of minority cultures," Campt said.

All the same, it should be noted that even though the publication of Pommerin's book on the sterilization of the "Rhineland Bastards" did not generate much public interest at the time, it received some attention from a German politician. The member of the Social Democratic Party asked if he could obtain the names of the victims, so that they could be compensated.

Pommerin told Deutsche Welle that "(the politician) wanted to hand over 3,000 German marks ($2,190). I knew where they were living, but I didn't want to bother these people because I could tell that this was more a political interest. And I could see the TV cameras standing in front of the house in the village and money is handed over. And all of a sudden the sensation is great in the village - here is someone who had been sterilized."

Christmas: Not such a holy night under the Nazis

An exhibition in Cologne shows how Nazis appropriated Christmas symbols to promote their ideology. Images of the holy family, stars and religious songs were manipulated to take the "Christ" out of Christmas. (24.12.2009)

Can a philosopher's life be seperated from his work? The question is at the core of an ongoing debate about German philosopher Martin Heidegger and his links to Nazism in the 1930s. A new book reconsiders the issue. (22.12.2009)

The remarkable life of Hans J Massaquoi, a black boy who grew up in Nazi Germany, is being brought to German television in a precedent-setting two-part docu-drama to be aired on Sunday and Monday. (30.09.2006)

Watch this DW-report on the events surrounding "Kristallnacht"