Can a philosopher's life be seperated from his work? The question is at the core of an ongoing debate about German philosopher Martin Heidegger and his links to Nazism in the 1930s. A new book reconsiders the issue. 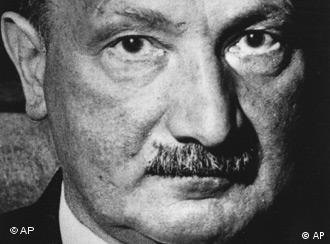 Heidegger's philosophical reputation has been stained by his politics

A book recently translated into English has revived a long-running debate about whether Martin Heidegger's (1889-1976) philosophy can be separated from his involvement in the Nazi party.

The French philosopher Emmanuel Faye originally published his book "Heidegger: The Introduction of Nazism into Philosophy" in 2005. The book has been availabe in English since late November of this year.

Faye drew upon unpublished papers from Heidegger's tenure as rector of the University of Freiburg to argue that the German philosopher's commitment to Nazism permeates his thought.

Faye advocates removing Heidegger's works from philosophical libraries and discussing him under the category "History of Nazism" - if at all - in university courses. If accepted, his position would have significant consequences for scholars and students in a range of fields.

Book creates waves in the US

Heidegger's major works like "Being and Time" (1927) and "What is Called Thinking?" (1954) influenced many figures including Sartre, Foucault and Gadamer and are often required reading for advanced students of philosophy, architecture, art or literature. 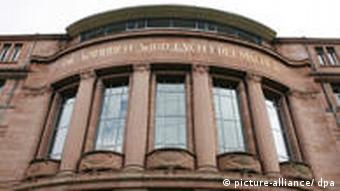 Heidegger worked at the University of Freiburg throughout his career

Scholars in Europe and North America agree that Heidegger engaged in pro-Nazi activities in the 1930s. He became an official member of the Nazi party in 1933, helped expel Jewish professors from the University of Freiburg and delivered speeches in favor of Nazism.

But the debate about Heidegger's political actions has long focused on whether they implicate his philosophy as a whole or are better viewed as regrettable aberrations.

In the US, Faye's book has already made waves - even before it was published in English.

Romano said Heidegger was a fraud who was "overrated in his prime" and "bizarrely venerated by acolytes even now."

But some experts maintain that it's difficult to know whether Heidegger's thought is as thoroughly tainted by Nazism as Faye argues.

Hassan Givsan, who published a 1998 book on the notion of inhumanity in Heidegger's work, said Heidegger's prolific body of work makes it tough to arrive at a definitive answer concerning his views on Nazism.

There are 120 volumes of work by Heidegger - of which just 80 have been published. In light of this amount of material, any interpretation of Heidegger is bound to face charges of being selective, Givsan told Deutsche Welle. This problem also applies to Faye's work.

Philosophers in German-speaking countries have discussed the question of Heidegger's political involvement for years with a mixed result, said Givsan.

"On one hand, people do acknowledge that Heidegger was involved in Nazism during the 30s, but that fact often gets set aside, and he is still celebrated as a great philosopher." 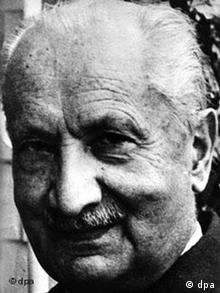 Heidegger has been the subject of passionate academic debate

Rainer Thurnher of the University of Innsbruck in Austria has also published on Heidegger. In an interview with Deutsche Welle, Thurnher noted that the havoc the Nazi regime would ultimately wreak may not have been apparent in 1933 when Heidegger joined the Nazi party.

"If we look at the core of Nazi ideology - that is, their theory of race, anti-Semitism and social Darwinism - I don't see these attitudes in Heidegger's thought. In fact, when you consider his lectures on Nietzsche, Heidegger deals with such elements in an overtly critical way," Thurnher said.

As such, Thurnher stressed that Heidegger should not be reduced to his temporary engagement with Nazism. Instead he sees Heidegger as a profound thinker who ushered in a paradigm shift by opening up new possibilities and perspectives in Western thought.

"Tip of the iceberg"

But for Givsan and others, it is precisely the new perspectives Heidegger opened that are most questionable. While Faye's book focuses on Heidegger's political actions as a Nazi, Givsan's research on Heidegger focuses on inhumane elements in the philosopher's published works themselves.

Givsan agreed that attention should be paid to Heidegger's political involvement but noted that such actions "are really just the tip of the iceberg."

Although the debate about Heidegger continues, most scholars agree that his involvement as a Nazi merits at least some attention. Faye's book makes a clear contribution to that end.

Members of the Frankfurt School fell out of favor with the Nazis and were forced into exile. Frankfurt's Jewish Museum is now highlighting those who returned to Germany and had a major influence on the young democracy. (09.12.2009)