The day the Berlin Wall came down 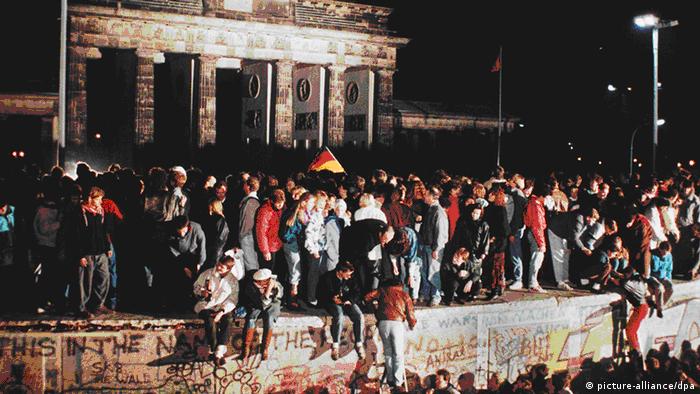 It was the global symbol of the division between East and West, for the battle between communism and capitalism: the Berlin Wall, erected by the dictatorship of the German Democratic Republic (GDR), better known as East Germany, in 1961.

Surrounded by a 155-kilometer-long (96.3-mile-long) guarded border of concrete and barbed wire, citizens in the Berlin's West sector lived in an island of freedom in the middle of the communist GDR. And over the decades, many East Germans looked to the unreachable West in desperate longing, hoping they might one day escape.

That all changed in an instant on November 9, 1989, when a new East German travel policy was announced at a press conference live on state TV. The law announced that — effective immediately — all East German citizens were free to travel to the West. Thousands of people ran straight to the guarded border crossings in the heart of Berlin, which would be opened just hours later.

The images of people celebrating together on both sides of the border flashed across the world, poignantly marking the end of German division. Less than a year later, on October 3, 1990, the country, divided into East and West after World War II, was once again unified. But that momentous historical event was made possible only by the consent of the WWII victors: the Western Allies — the US, UK and France — and the communist Soviet Union.

Magic of 'glasnost' and 'perestroika'

Concessions made by Mikhail Gorbachev, a Soviet reformer who came to power in 1985, were key to the agreement. 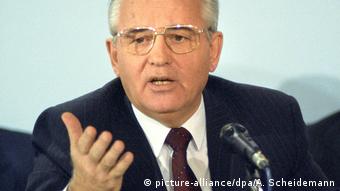 Gorbachev's acts of reform brought him the Nobel Peace Prize

Axel Klausmeier, director of the Berlin Wall Foundation, said Gorbachev's policies of "glasnost" (openness) and "perestroika" (reform) were a clear break from the Brezhnev doctrine — a policy that aimed to ensure that Warsaw Pact countries (the Soviet Union and its satellites) would not diverge from the political course set out by the Kremlin.

With Gorbachev, said Klausmeier, suddenly there was a new policy: "No matter what happens in our socialist brother countries, these states are responsible for themselves." The Soviet decision not to march into Poland, Hungary or East Germany as calls for democratic reform grew louder and louder was a decidedly different approach than in decades past. Before Gorbachev, calls for freedom in the Eastern Bloc had been brutally crushed by the Soviets: in East Germany in 1953, Hungary in 1956 and the former Czechoslovakia in 1968.

Gorbachev an inspiration to Eastern Europeans

Increasingly, civil rights activists felt emboldened to push for glasnost and perestroika in their own countries. In Poland, contacts between communist leaders and the union pro-democracy movement Solidarity, which was still officially banned, began as early as the summer of 1988.

Those contacts led to the so-called Round Table Talks, in which not only members of the political opposition took part but also representatives from the country's highly influential Catholic Church.

Among those church representatives was Karol Jozef Wojtyla, who, as Pope John Paul II, openly displayed sympathy toward the Solidarity movement during the three trips he made to his homeland as pontiff. His authority as head of the Catholic Church strengthened the belief among opponents of the communist government that a positive turn of fate might be at hand.

One important milestone happened in June 1989, when opposition candidates were allowed to participate in parliamentary elections for the first time in communist Poland's history — but with one catch. The country's leadership, which had been in power for decades, had to be given in advance two-thirds of all parliamentary seats, while the remaining third could be freely contested. 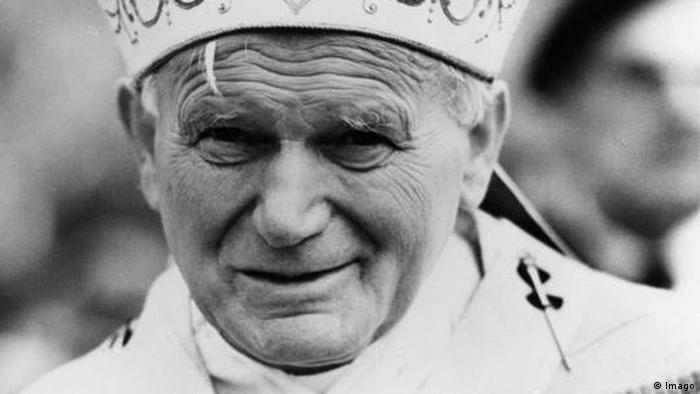 Still, the compromise was a historic turning point, as it broke the communist party's monopoly on power. Signs of an impending watershed were also seen in other countries across the bloc. In May, the Hungarian government began dismantling surveillance equipment along its Austrian border.

That made the path dividing East and West far less dangerous, prompting hundreds of East Germans to head westward and leave the GDR behind.

Read more: Uwe Rösler: German reunification 'came at the right time for me' as a footballer

Simultaneously, during the summer of 1989, thousands of East Germans managed to leave by making their way to West German embassies across the Eastern Bloc. Discontent, and subsequent pressure on the reform-averse East German government, grew by the day.

In September, tens of thousands of citizens began gathering in the streets of Leipzig each Monday for demonstrations. October 9, 1989 — which saw 70,000 people gather to peacefully protest for change — is largely seen as the high point of the demonstration movement.

What remains of the Berlin Wall?

Protesters marched through the streets chanting "We are the people!" and "No violence!" Despite the bold demonstrations, Klausmeier explains that many who marched said they were "extremely fearful" of how the government would react. But when the government did nothing to intervene, the opposition had the feeling they had won.

A few days later, the head of the East German state and general secretary of the Socialist Unity Party of Germany (SED), Erich Honecker, was forced from power and replaced by Egon Krenz, who signaled a willingness to meet with civil rights activists.

Soon after, on November 4, Berlin's Alexanderplatz became the site of the largest demonstration in the country's history. Some half a million people cheered and applauded as opposition figures addressed them — and booed when SED politicians, including Günter Schabowski, director of the party's East Berlin district, spoke. 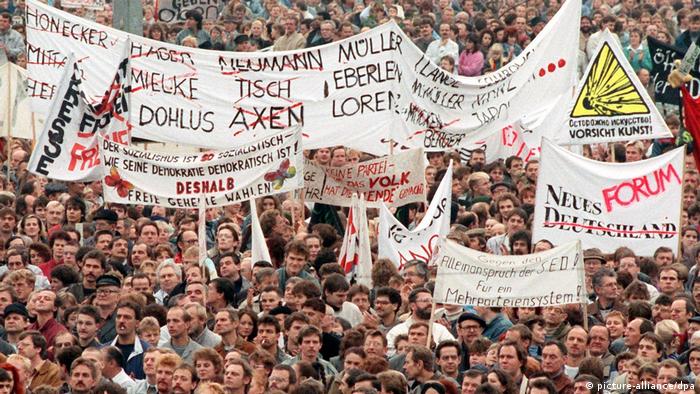 The Alexanderplatz demonstration was the biggest in East German history

Dissolution of the Soviet Union

Five days later, on November 9, 1989, it was Schabowski who announced East Germany's new travel policy. In doing so, whether intentionally or not, he had ordered the toppling of the Berlin Wall. Not a single shot was fired at the border. The door to freedom was flung wide open — and it could never be shut again.

In the months that followed, people across the entire Eastern Bloc fought for their freedom. Things eventually came full circle when the Soviet Union collapsed in late 1991.

But the first step was taken when Gorbachev came to power in 1985. Six years later, in 1991, he was awarded the Nobel Peace Prize.

The Berlin Wall, our family and us

Francis Fukuyama: 'Spirit of 1989 is still around'

Despite rising populism and nationalism worldwide, historian Francis Fukuyama told DW there is hope for liberal democracy. Thirty years after the Berlin Wall fell, "this desire for life in a freer society still exists." (08.11.2019)

'You should be gassed': What it meant to be punk in East Germany

They were outsiders, teenagers, rebelling against confinement. They were despised by citizens loyal to the state, harassed by GDR authorities, and locked up in prison. But being punk also meant freedom. (08.11.2019)

The night the Berlin Wall fell